Since the early 1900s, thin films have been explored for corrosion protection of metals. Through many decades of development, the thin films of today offer a range of unique characteristics for many types of industry applications.

Nanocoatings are defined as the nanostructures with thickness in the nanometer scale. Generally, thin film builds are required to have a thickness in a range of a micron or less with special characteristics in production, performance, and application.1

The history of the thin films goes back more than a century, progressing over many decades. For example, the first deposition of diamond-like polycrystalline carbon was achieved in 1911, and active research and development of amorphous carbon (a-C) thin films was performed in the 1970’s.2 Many more types have been formulated since with varying degrees of success. (Learn more about The Composition of a Paint Coating.)

Various thin film coating chemistries and a full range of application techniques yield unique performance characteristics, such as anti-corrosion, self-cleaning, and chemical resistance and scratch resistance.3 Figure 1 summarizes a variety of ways in which thin films can be produced and applied. The development of effective anti-corrosion pre-treatments for metallic substrates has attracted a lot of attention, owing to their ability to increase the durability of metal structures and components in aggressive environments (e.g., aqueous, NaCl, HF, HCl, alkaline media).

When first introduced, conventional chromate conversion coatings (CCC) were considered good candidates based on their corrosion protection performance. The self-healing nature of CCCs, ease of application and high electric conductivity contributed to the early adoption of chromate coatings by the industry. (Learn more in the article A Look at Self-Healing Metal Oxides as a Corrosion Prevention Method.)

However, the strong oxidation characteristics of chromates were shown to cause human DNA damage and a heightened risk of lung cancer with exposure. Consequently, the demand for more environmentally friendly coatings increased due to strict environmental legislation and tightened regulations on the use of hexavalent chromate. (Discover how to Write Safety Into Your Coating Specification.)

In the late 1990s, chromate-free thin films were introduced as a safer choice to enhance the corrosion resistance of metallic components. In formulating these coatings, more attention has been paid to the statistical design and functionality of polymers to ensure better uniformity of crosslinking during curing, and to ameliorate film performance.

Among the new techniques for thin film production, sol-gel was evaluated positively for adhesion to both metallic substrates and organic top coats for use as an intermediate. Economically viable production is a crucial factor in choosing sol–gel coatings for anti-corrosion protection.

One way to produce thin films with self-repairing and anti-corrosive properties is to add healant components, such as corrosion inhibitors and rare earth elements. By controlling the release rate of these healant components, the durability of the coating can be managed.6

In this field, silane-based thin films are another promising type that can provide a wide range of useful characteristics.8 Silane films formed from silane monomers in a solution are environmentally friendly types that were evaluated in several studies.9

Silane-based thin films are represented as the following structure:8

In equations 2 through 4, the notations R and R’ are functional methyl or ethyl group respectively. M stands for metal. Equations 2 to 4 show the hydrolysis and condensation of silane films, depicted in Figures 2 and 3 below.

Figure 2. Structure of silane films in different stages after application8 The final thin film can exhibit desirable adhesion to the metal substrate due to the formation of chemically adsorbed M–O–Si bonds to the top-coated organic coatings by properly choosing the R group. The resultant film also provides good corrosion performance because of the formation of highly dense – [Si–O–Si] – bone structure on the basis of the selected R group.

To sum it up, corrosion is a major factor that can diminish the efficiency of the metallic component performance in several fields. This critical issue presents large-scale industrial concerns in energy-providing infrastructures and transportation systems, and is commonly discussed to ensure continuous operation and maintain the desirable efficiency.

Various techniques have been explored to control, manage and mitigate the corrosion phenomena, and anti-corrosion films have received a lot of attention. There are wide applications of protecting films; for example in marine conditions, anti-corrosive films for splash zones, risers and abrasion-resistance above or below water, encapsulated compounds (dopant with healant) films, UV protection films, etc., are some subjects that are prevalent among the marine structure maintenance. (For a deep dive, see Coatings for Marine Applications and Offshore Platforms.)

Several experiments have been designed to prove the ability of metallic structures to withstand years of exposure in harsh environments:

Through these methods, thin films are specifically engineered for optimum corrosion protection, as well as to maximize coating adhesion, generate excellent impact resistance, and improve abrasion, flexibility and slip resistance in the most challenging conditions.

In a wide range of research over many decades, enhancing the protection of iron and steel has been evaluated by applying the effective anti-corrosive, non-chromate and low-VOC films. In this field, silane-based thin films are candidates due to their exceptional ability to form strong bonds to metal substrates and, at the same time, to form cross-linking polymers on the surface, both of which contribute to producing strong conversion coatings. 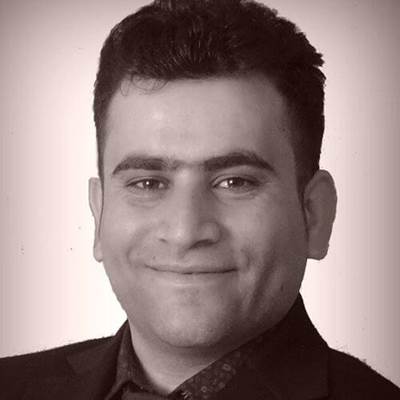 S. H. Zaferai currently works as Senior Technical Inspector and Corrosion Engineer for Pars Oil and Gas Company (POGC), National Iranian Oil Company (NIOC), and also serves on the editorial board of the Journal of Adhesion Science and Technology.

In articles and technical papers published by NACE, Taylor and Francis, Elsevier and SPE, Zaferai has explored technical inspection techniques, failure mechanisms, failure analysis, corrosion and protective coatings and nondestructive testing, with a focus on environmental challenges in the oil and gas and renewable energy industries.

The Advantages of Smart Coatings and Nanotechnology for Corrosion Prevention