How to Prevent Filiform Corrosion Under Coatings

Filiform corrosion is severe in warm coastal and tropical regions that experience salt fall or heavily polluted industrial areas. Understanding why and where it forms is crucial for prevention.

What is filiform corrosion?

Filiform corrosion occurs on metallic surfaces that are coated with a thin organic film, typically 0.05 to 0.1 mm (2 to 4 mils) thick, when exposed to a warm, humid atmospheric air. Filiform corrosion always starts at coating defects such as scratches and weak points such as beards, cut edges and holes. (Check out our free Coating Failures and Defects Guide.)

The filiform cell consists of an active head and a tail that receives oxygen and condensed water vapor through cracks in the applied coating. The head may be filled with alumina gel and gas bubbles in aluminum if the head is very acidic. In magnesium, the head appears blackish because of the magnesium etching, but the corrosive fluid is clear when the head is broken. Filiform tails in aluminum and magnesium are whitish in appearance. The corrosion products are hydroxides and oxides of aluminum and magnesium, respectively. Anodic reactions produce Al3+ or Mg2+ ions, which react to form insoluble precipitates with the hydroxyl ions produced in the oxygen-reduction reaction occurring predominately in the tail.

The mechanism of initiation and activation in aluminum and magnesium are essentially the same as for coated steel. The acidified head is a moving pool of electrolytes, but the tail is a region in which aluminum ions are transported and a gradual reaction with hydroxyl ions occurs. The final corrosion products are partially hydrated and fully expanded in the porous tail. The tail's head and middle sections are corresponding locations for the various initial reactant ions and the intermediate products of corroding aluminum in aqueous media. (To learn more, read Aluminum Corrosion: 5 Incredible Facts You Must Know.)

In contrast to steel, aluminum and magnesium show a greater tendency to form blisters in acidic media, with hydrogen gas evolved in cathodic reactions in the head region. The tail's corrosion products are either aluminum trihydroxide Al(OH)3, a whitish gelatinous precipitate, or magnesium hydroxide Mg(OH)2, a whitish precipitate.

Various factors affect the initiation of filiform corrosion, including:

The nature of the coating

Filiform corrosion occurs with all types of paints: acrylic lacquers, epoxy-polyamides, epoxy-amines and polyurethanes, and with whatever the classic mode of application, whether it be liquid paint or electrostatic powdering. It does not occur under sealed coatings such as electrician's tape.

This is a significant factor. Filiform corrosion develops on metal that has received no surface preparation, poor preparation or metal whose surface has been contaminated before painting.

The nature of the alloy

The alloy's nature is not an essential factor because filiform corrosion may affect all aluminum alloys. A recent collaborative study conducted by three European companies, Alusuisse, Hydro Aluminium and Pechiney, showed that for the most commonly used alloys in the construction industry, Aluminum 6060 and 6063, the alloy composition has no influence, except when the copper concentration exceeds 0.1%.

Where Filiform Corrosion is Most Likely to Develop

The other main parameters governing filiform corrosion are alloy compositions, scalping of ingots and billets, heat treatments, condition of the metal surface layer, temperature, grinding, pickling and preliminary surface treatment. Although the thickness of the organic coating and the temperature play a minor role in initiating filiform corrosion, increasing the temperature will increase the filament growth if the relative humidity stays within the critical range.

How to Detect Filiform Corrosion

Filiform corrosion can be visually recognized without using a microscope. It has been observed on coated steel, aluminum and magnesium with a thin coating of tin, gold, silver, phosphate, enamel or lacquer.

The standard test to identify resistance for filiform corrosion in the United States is ASTM D 2803, "Guide for Testing Filiform Corrosion Resistance of Organic Coatings on Metal." Per this test, coated metal specimens are scribed to bare metal and subjected to a salt fog atmosphere for up to 24 hours, rinsed in distilled water, and then placed wet in a closed cabinet at 25°C (77°F) and 85% RH. The time of exposure typically varies from 100 to 1000 hours. The test results show whether the coated material develops filiform corrosion.

Industries Most Affected by Filiform Corrosion

Aircraft structural components are fastened with bolts and rivets. These fasteners and other sharp skin edges are common initiation points for filiform corrosion. It has been reported that aircraft operating in warm, marine environments sustain considerable corrosion damage, particularly on 2024 and 7000 aluminum alloys coated with polyurethane and other coatings.

Humidity is the most critical variable for the corrosion to propagate because this is necessary to dissolve the salt ions.

The corrosion starts at this locus, which forms the head of the corrosion defect. The corrosion normally appears as a distinct thread-like filament, like a worm track, that appears under the coating surface.

The damage is not extensive to the aluminum but is cosmetically objectionable, especially when the track is long and white in color.

This type of filiform corrosion can damage all types of aluminum products such as wheels, automobile bodies and aircraft. To repair the damage requires sanding and applying a new layer of coating. To prevent filiform corrosion, proper surface pretreatment is required.

The filiform corrosion was more severe when chloride concentrations on metal were high, mainly when the aircraft frequently flew over the ocean or were based in coastal airfield hangers.

Aluminum is widely used for cans and other types of packaging. Aluminum foil is frequently laminated to paper or paperboard to form a moisture or vapor barrier. If the aluminum foil has been eaten by filiform corrosion, the product may become contaminated or dried out because the vapor barrier was broken. Degradation of foiled-laminated paperboard could occur during its production or subsequent storage in a moist environment.

How to Prevent Filiform Corrosion

Typically, filiform corrosion can be prevented by reducing the relative humidity below 60%. Unfortunately, it is not practical to directly reduce the humidity on moving objects such as aircraft and automobiles. However, the humidity level for components kept in a long-term storage facility can easily be controlled by adding drying fans and humidistats, or by adding desiccants to plastic packaging.

The chance of filiform corrosion is reduced when the steel substrate is galvanized. Zinc-rich primers and chromated and phosphatized primers, with tough, slow curing intermediate coats of polyurethane and epoxy, have reduced filiform susceptibility on steel substrates. Zinc chromate primers, chromic acid anodizing, and chromate or chromate-phosphate conversion coatings have provided varying degrees of relief from filiform corrosion in aluminum alloys. (Another option is discussed in the article Advances in Liquid Nylon Multipolymer Coatings for the Transportation and Renewable Energy Industries.)

Steel, aluminum and magnesium are all chemically active. Their alloys contain intermetallic compounds dispersed, precipitated and agglomerated during hot rolling and annealing. Although these alloys generally have improved mechanical properties, recent work shows that their heterogeneity (intermixture) and the presence of surface-active layers increase their susceptibility to filiform corrosion. 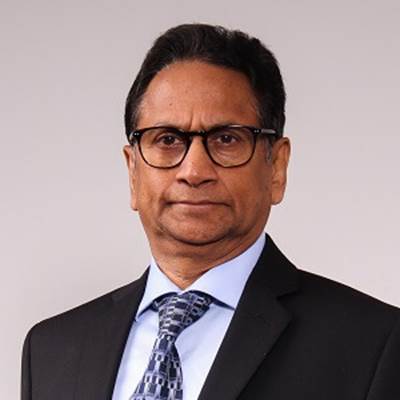 Dennis Jayasinghe is a Senior Corrosion Engineer with over 15 years of combined experience in industry and research. Dennis brings substantial experience in corrosion failure analysis, corrosion mitigation and monitoring methods, corrosion inspection, design improvement against corrosion, corrosion risk assessment, development of corrosion management programs, and proper material selection for a specific environment. Additionally, he is an expert in solving quality-related issues of steel, stainless steel and galvanizing. After holding senior engineering positions in various manufacturing companies in Canada, he established CorrMet Inspection & Consulting, where he served as Principal. Dennis is a registered and active professional engineer in Alberta and Saskatchewan provinces in Canada and a full NACE member.