One consequence of placing utilities in a common right of way is that energy can be transferred to the neighboring pipeline, resulting in corrosion.

Pipelines are often located in common utility rights of way with the pipeline taking advantage of corridors reserved for high voltage AC (HVAC) overhead electrical transmission lines. The efficient use of public lands for common utilities offers many advantages when it comes to planning and routing of both overhead and underground services. This is particularly true for highly industrialized or heavily developed urban and near urban areas.

However, one consequence of placing utilities in a common right of way is that energy can be transferred to the neighboring pipeline by three possible mechanisms: conductive coupling (during fault conditions), capacitive coupling and inductive coupling. The resulting induced AC voltage (stray current) can present problems for pipeline operators.

Our first goal here is to discuss this phenomenon and show how it can affect the integrity of the affected pipelines. Later on we will briefly explain mitigation methods for this interference problem.

Interference between pipelines and high voltage transmission lines depend on several factors that can be summarized as follows:

As mentioned above, electrical energy can be transferred from an overhead power line to a nearby pipeline by three methods. These are:

In the following sections we will explain how each method of interference occurs to a neighboring pipeline.

Conductive coupling occurs when there is a phase to ground fault or phase to phase to ground fault. When this fault occurs a substantial amount of current flows from the power line and enters the earth. This fault current must return back to its source using any paths available to it. These paths will include the power line shield wire, the earth and the metallic structures in the earth including the neighboring pipelines.

Resistive coupling is most pronounced during a short circuit condition on a power system. In this case a large amount of current flows to the earth through the tower, pole or substation grounding. This current flow raises the potential of the earth near the structure, often to thousands of volts with respect to remote earth. This high voltage stresses the coating of neighboring pipelines and could cause arcing that damages the coating or the structure itself. Also, this high voltage difference could represent an electric shock hazard if the structure is touched.

Resistive coupling effects are dependent on several factors, including:

Any two conductors separated by a dielectric material can be considered a capacitor. In our case here, capacitive coupling occurs due to the presence of an above ground pipeline laid on an insulated skid underneath an overhead transmission line. This case is common when a string of newly constructed pipes are laid waiting to be welded. In this case we have two capacitors in series. The first one is between the overhead power conductor and the pipeline with the air acting as the dielectric material. The other capacitor is between the pipeline itself and the earth because earth is also a conductive plate (although non-metallic). (Related reading: Stray Current Corrosion and Preventive Measures.) This is shown in the figure below. 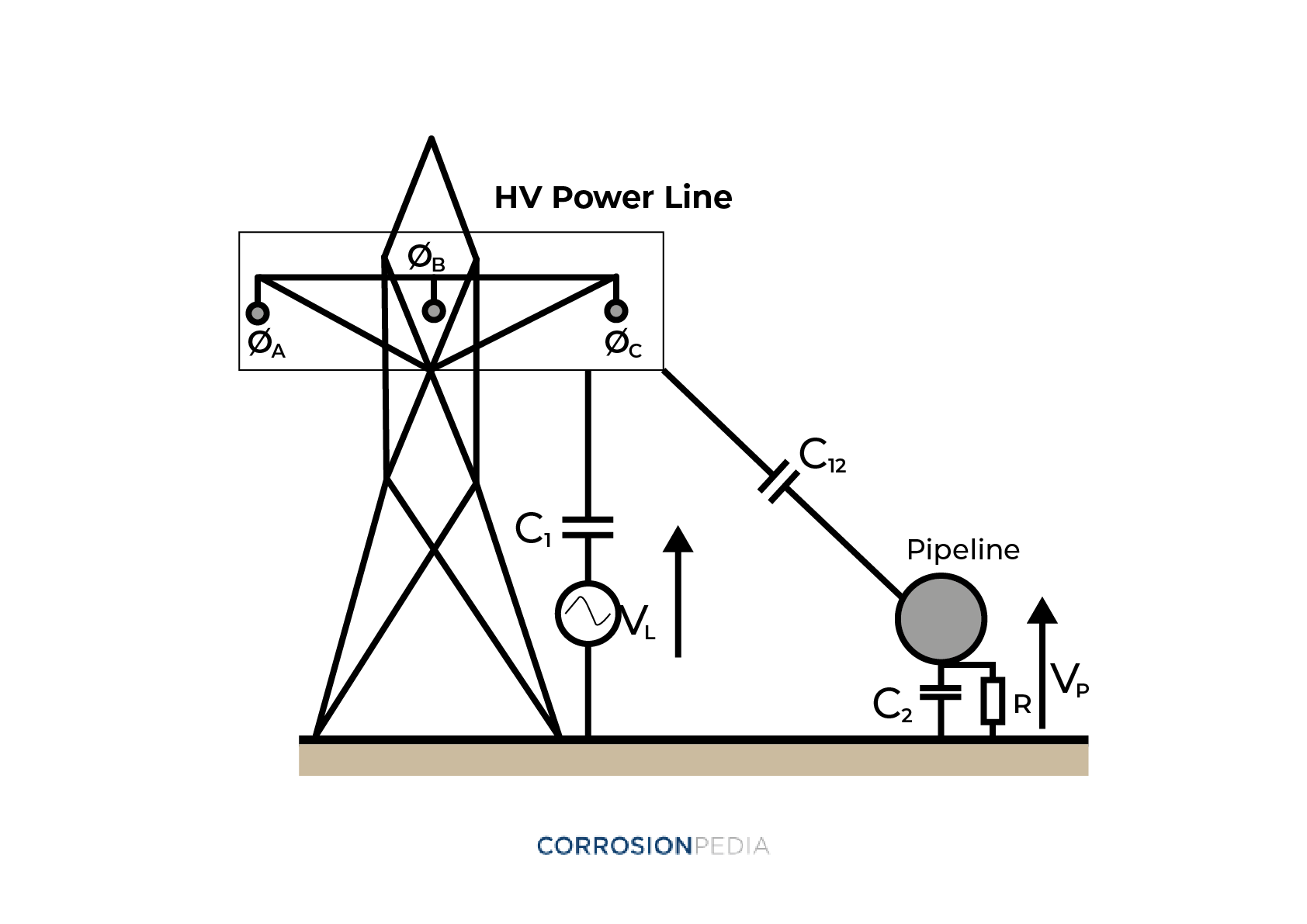 Figure 1. Capacitive coupling between a high voltage power line and a pipeline.

The amount of voltage picked up by the structure from overhead power lines is dependent on several factors, such as:

Depending on power line voltages, a single pipeline jointthat is very well insulated from ground could pick up very large voltages (on the order of thousands of volts). Luckily, because the capacitance values between the pipelines and the power line voltages are very small (on the order of picofarads), the capacitive reactance between them is very large (in the giga-ohm range), so very little energy is transferred to the pipeline with this mechanism.

Although the energy transferred by electrostatic coupling is so small that not enough current is produced that could create an electric shock hazard, it can result in nuisance voltages that have a feeling similar to a shock from static electricity. This could create a secondary safety hazard if anyone overreacted to the sensation of this voltage while working on a pipeline project.

It should be noted that considerable power is transferred to pipelines due to inductive coupling. The power transmitted can result in tens or hundreds of amperes to be flowing in the nearby pipeline during peak power operating conditions. It can even reach thousands of amperes in fault conditions. Potential peaks occur at locations where there are abrupt changes in parameters, as in areas where the pipelines and the power lines deviate away or cross each other. (Related reading: Corrosion and Electrical Interference in Buried Metallic Structures.)

The effect of AC current in causing corrosion of buried pipelines has been a great controversy since 1916. It was originally thought that the AC current corrosion effect was negligible compared to the DC current effect. However, in the 1990s it was realized that several cathodically protected (CP) pipeline failures were due to AC current leaking from buried pipelines. This raised the alarm that AC current could be a contributing factor to pipeline corrosion and could pose a threat to the pipelines' integrity.

A more recent study presented in NACE standard practice SP21424 -2018 has showed a different criteria to determine if AC corrosion is expected. In this study the AC current density was related to the DC current density coming from cathodic protection systems, as follows:

AC current density (iac) at a circular holiday is a function of the induced AC voltage on the pipeline (Vac), soil resistivity ⍴ (Ω.cm) and holiday diameter d (cm). AC current density can be calculated as follows:

From the equation above we can conclude that the AC current density increases as the holiday diameter decreases. Thus we can say that AC corrosion is most likely to occur at pinholes rather than large defects. In fact it was realized that corrosion rates increase with decreasing holiday sizes. This trend will continue to be true until the holiday size is about 1 cm2. If a holiday size is smaller than 1 cm2 then AC corrosion will not be a problem.

In one case study, pictures of AC corrosion showed an anomaly on a holiday in a cathodically protected pipeline. The site of the anomaly showed a polarized potential of about -1170 mVCSE and a pH greater than 12. When the anomaly was cleaned from corrosion products, a corrosion pit was discovered although the pipeline appeared to be well-protected according to measured pipe to soil potentials. Based on the holiday diameter (0.01 m), soil resistivity (16 Ω.m) and the AC induced pipeline voltage (50 V), the AC current density was calculated to be 800 A/m2 and so AC corrosion was concluded.

How to Mitigate the Effect of AC Interference on Pipelines

The effect of AC interference can be divided into two parts. The first part is mainly related to capacitive and resistive coupling where a large amount of current can be transferred to the pipeline resulting in an unintended rise in the potential of the pipeline. If the test post terminals are touched (as when potential measurements are being taken during a CP survey), the potential rise could result in electrocution and death. (Related reading: The Benefits of Timely and Effective Reporting When Conducting Pipeline Close Interval Surveys.) This is called a touch potential.

Another safety consideration occurs when fault current flows from the power system to the neighboring structure, especially in fault conditions. This current flow can create a voltage gradient in earth that can affect a person standing on earth without touching the energized structure. This is called a step potential. Step and touch potentials are presented in the following diagram: 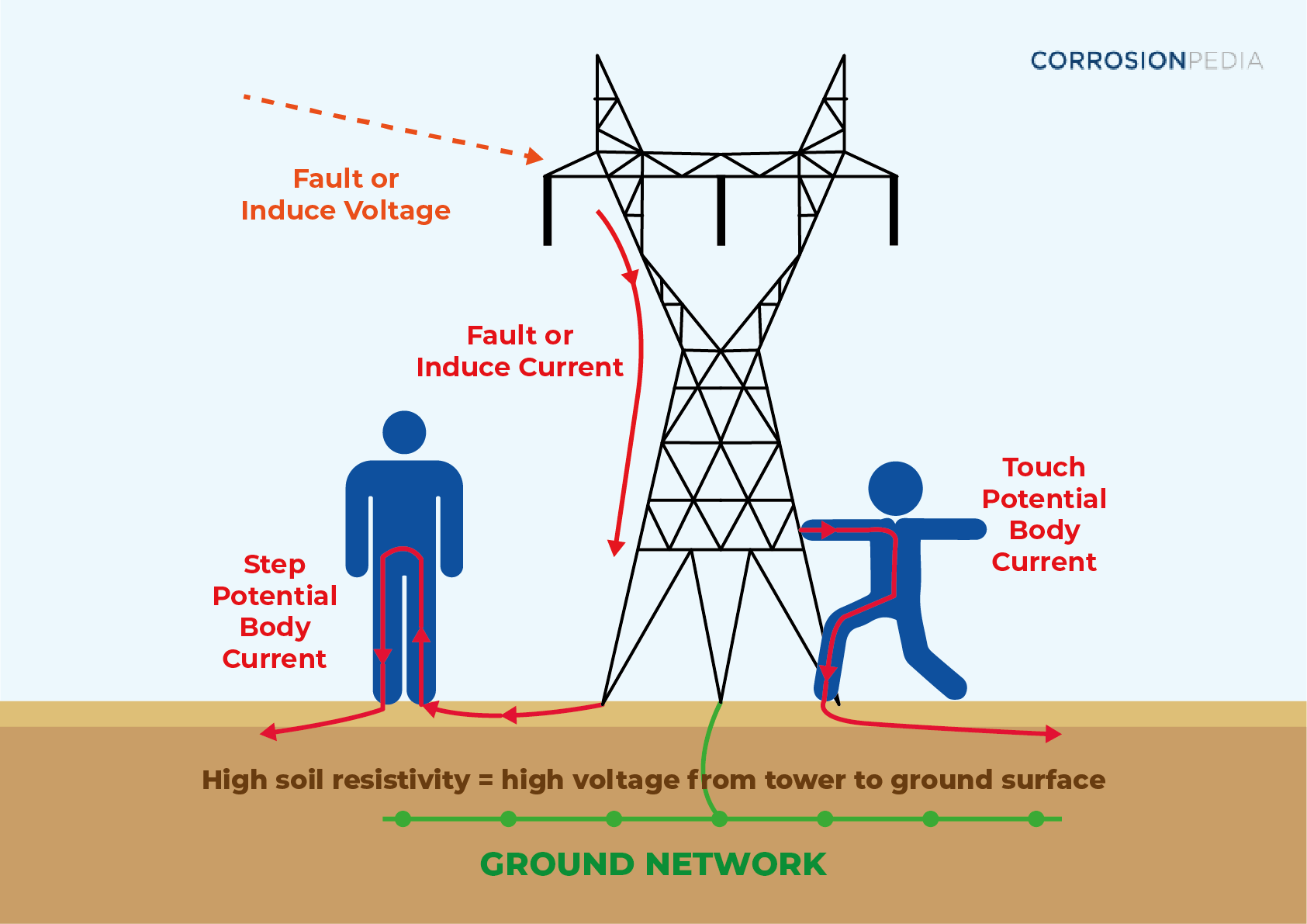 Grounding can be done through different materials. For example, we can use packaged sacrificial anodes or we can use sacrificial anode ribbons installed in a special backfill. (Related reading: Cathodic Protection and Anode Backfills.) In addition to this we can use conventional grounding materials such as copper grounding rods or cables.

Polarization cells have various uses but in our case we use it to DC decouple the more cathodic grounding material from the pipeline while at the same time allowing the flow of AC voltages induced onto the pipelines to the ground. This will allow the connection between conventional grounding materials and pipelines without affecting the CP system.

Placing underground pipelines far from power lines is considered the best solution to prevent the occurrence of AC interference. However, the lack of free space and the desire to efficiently use right-of-ways has made this ideal solution nearly impossible. Today, pipeline owners find themselves obliged to place their pipelines close to power lines. This has elevated the problem of AC interference with its hazardous effects on personnel safety and the pipeline's integrity.

It is therefore extremely important that pipeline designers take into account the presence of AC interference and design a mitigation method to be implemented before pipelines are buried in the ground and put into service. Pipeline owners and operators must also monitor the presence of AC interference and take rapid action if measurements revealed that AC corrosion could be a problem. 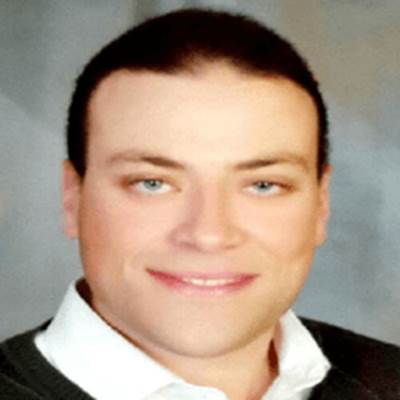