8 Things to Know and Understand About Iron Corrosion

Because oxide films produced by corrosion of iron are not self-healing, coatings and cathodic protection methods are generally used to protect ferrous surfaces.

When iron is exposed to moisture along with oxygen, it becomes corroded, which is an oxidation process involving a loss of electrons. This reaction is also called rusting, during which a reddish-brown hydrated iron oxide is commonly produced.

Corrosion of iron involves the formation of FeO(OH) or Fe(OH)3 in the presence of oxygen and moisture. The minimum requirements for this electrochemical reaction are an electrolyte (e.g., water particles) and an environment with adequate oxygen. Pollutants accelerate the corrosion process.

Iron corrosion happens naturally when refined iron and its alloys are converted into chemically stable compounds of iron. For the refined metal it is a process of gradual degradation. The reaction is electrochemical or chemical in nature.

Some notable features of iron corrosion are discussed in this article. 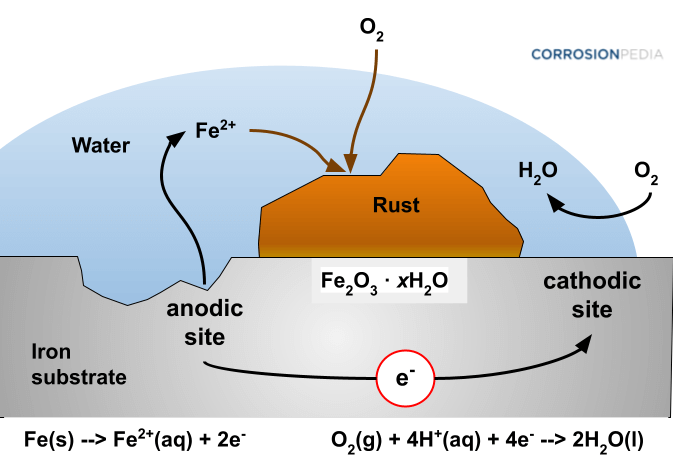 Figure 1. Rust is the result of corrosion of metallic iron in an environment containing oxygen and moisture.

1. Iron Corrosion Does Not Produce a Reliable Protective Oxide Film

While some important metals such as aluminum initially corrode to produce a protective film of metallic oxides that act as an effective barrier for the substrate to protect it from further deterioration, iron does not produce a protective film of its oxides. Instead, iron corrosion results in a reddish-brown, flaky, powdery substance (hydrated iron oxide) called rust, which does not act as a stable barrier of protection against further corrosion. As the hydrated iron oxides layer forms, it repeatedly flakes off instead of adhering to the substrate's surface, thus leaving the substrate prone to continued electrochemical reactions involving further corrosion in the presence of oxygen, moisture and other pollutants.

2. The Hydrated Iron Oxide Layer is Not Self-Healing

Aluminum produces an self-healing oxide film of a few nanometers in thickness that heals itself automatically upon further disruption, whereas the hydrated iron oxide layer formed due to corrosion of iron metal does not heal itself when it becomes disrupted. (For more on this subject, read A Look at Self-Healing Metal Oxides as a Corrosion Prevention Method.) Therefore, ferrous materials remain prone to continued corrosion unless its exposure to oxygen and moisture is stopped through some other method.

The blue-black iron oxide called magnetite can form a protective film on iron surfaces that protect it from further corrosion damage in an oxygen-rich environment. However, the formation of an Fe3O4 layer is difficult and this oxide can change over to other forms of iron oxides such as Fe2O3, the red oxide of iron, which reacts with H2O and results in the formation of blisters and flakes. This adversely affects the protection provided by the magnetite film. Aluminum oxide (Al2O3), on the other hand, provides stable corrosion protection without the risk of change in oxide formation.

4. Stainless Steels Can Be Non-Corrosive

5. Steel is Generally More Prone to Corrosion Than Pure Iron

Corrosion is a coupled electrochemical reaction between one anode and one or more cathodes. In carbon steel there can be two or more phases; one of the phases will act as anode and the other(s) act as cathode(s). Corrosion as an oxidation reaction takes place at the anode.

For example, the ferrite phase forms a galvanic couple along with phases such as martensite, and corrodes in preference to martensite. In a ferritic-martensitic combination of phases, when the proportion of ferrite is increased, the corrosion current density will increase.

Pure iron has better resistance to oxidation-corrosion, but has inadequate resistance against aggressive and other reactive chemicals. Compared to wrought iron, pure iron has substantially higher corrosion resistance, which because of its homogeneous structure rusts on its outside surface, whereas the wrought iron with a laminated structure creates rust layers in between its laminations.

Iron metal of high purity can remain free from corrosion in laboratory settings for many years. However, in saline environments or polluted industrial surroundings, pure iron has poor resistance to corrosion.

6. Corrosion Resistance of Cast Iron Depends Upon Its Alloying Elements

By choosing the correct combination of alloying elements, the corrosion resistance of cast iron can be optimized to specific operating environments. Molybdenum, copper, chromium, nickel and silicon are some of the significant alloying elements.

Molybdenum adds to cast iron's mechanical strength and significantly increases corrosion resistance to hydrochloric acid. About 4% molybdenum is added to cast iron to enhance these properties.

A small quantity of copper added to cast iron increases its corrosion resistance to acids such as hydrochloric acid and sulfuric acid.

Nickel, added generally to improve mechanical properties, also adds to cast iron's corrosion resistance by creating a nickel oxide film on the surface. This is sometimes aided by alloying elements such as silicon and chromium. By improving the metal's hardness, nickel also protects against cavitation corrosion or erosion corrosion caused by entrapped solids in the fluid coming in contact with the metal.

The corrosion resistance of cast iron with low alloy content can be improved by the application of coatings.

Mild steel (low carbon steel with a carbon percentage above 0.08 and below 0.28) is frequently used for applications that require corrosion resistance. Its corrosion resistance is improved by providing a surface treatment such as a coating application. Moisture and oxygen in the environment cause the initial attack of corrosion on mild steel. If the mild steel is fully immersed in moving water it corrodes faster than if immersed in still (static) water.

The corrosion rate of low carbon steel increases due to industrial pollutants, ambient humidity and marine environments. Concrete corrosion is often minimized by implementing a cathodic protection technique. (Discover other techniques in the article Correcting and Preventing Concrete Corrosion.) The mild steel used in ships, road bridges, rail bridges and commercial buildings can be made durable and corrosion resistant by carefully selecting an appropriate protective coating and cathodic protection system.

8. Iron Corrosion Can Be Prevented

Some popular methods of iron corrosion prevention include:

Coatings, when selected and applied carefully, work as a physical barrier and as a dielectric barrier to stop the transfer of electrical charges, thus preventing the electrochemical reaction that leads to corrosion of the ferrous substrate. Coatings suitable for ferrous surfaces include polyurea, polyurethane, epoxies and acrylics, among others.

If a zinc coating is applied on a ferrous surface, the zinc will corrode (oxidize) first and protect the underlying ferrous surface. This process is called galvanizing. Zinc is more active compared to ferrous metals.

This process produces a film of magnetite (a blue-black oxide of iron) on the ferrous surface. Firearms are often protected from corrosion by bluing. In addition to the magnetite coating, firearms are kept well-oiled.

This method reduces the rate of corrosion of a metallic surface by making it a cathode in an electrochemical cell circuitry, in which a sacrificial metal (e.g., zinc) is connected as an anode. If the passive galvanic current is inadequate, like when protecting large structures, a separate source of direct current is connected to the cathodic protection system. Thus, the cathodic protection system provides the electrons needed by the substrate of ferrous metal to make it a cathode with respect to the sacrificial anode provided in the system.