What Does Tensile Modulus Mean?

The tensile modulus of a solid material is a mechanical property that measures its stiffness. It is defined as the ratio of its tensile stress (force per unit area) to its strain (relative deformation) when undergoing elastic deformation. This property has units similar to pressure, that is, Pa (N/mm2), psi, etc.

Based on the description above, the tensile modulus of a material can be expressed mathematically as:

ε = The tensile strain in the material (extension/original length)

σ = The tensile stress in the material

In addition to being calculated using the above formula, the tensile modulus of a material may be determined graphically by measuring the slope of the linear portion of a typical stress-strain curve. In other words, it is the change in stress divided by the corresponding change in strain.

How Tensile Modulus is Determined

The tensile modulus of a material can be determined by conducting a tensile test, also known as a tension test. During this test, a test specimen, typically cylindrical in shape, is put into an apparatus where it is clamped at either end. A tensile axial load (or pulling force) is applied to one end of the specimen, while the other remains stationary. This gradually elongates or stretches the specimen at a standard rate until it ruptures. 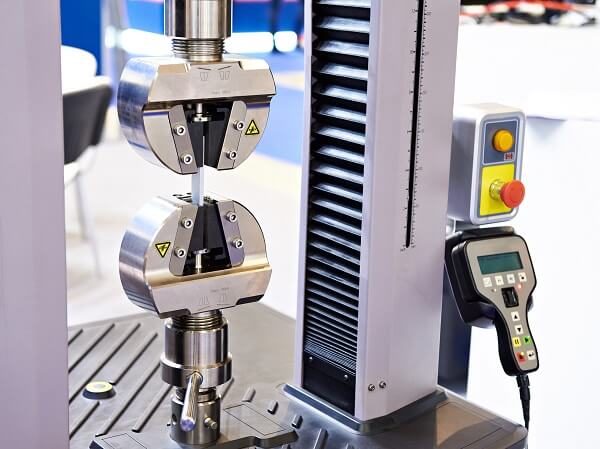 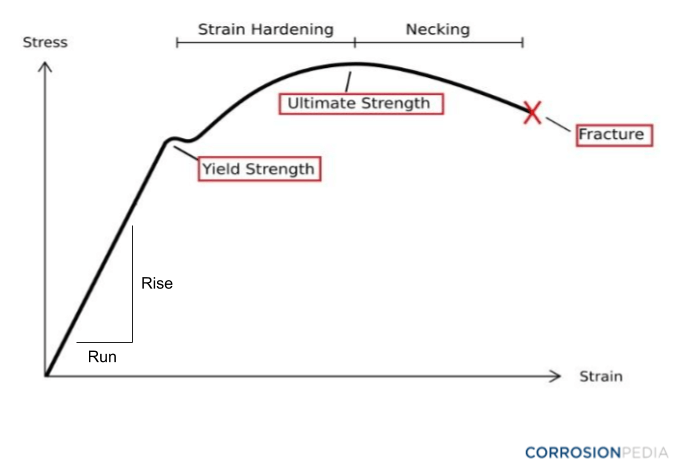 The straight-line portion (linear) area of the curve is known as the elastic zone. The gradient of this zone, i.e., the ratio of its rise to its run (change in stress/change in strain) is equal to the tensile modulus of the material.

Factors that Affect the Tensile Modulus of a Material

Any physical or mechanical property that affects a material’s stress or strain will ultimately affect the value of its tensile modulus. For example, the stress of an axially-loaded body is directly related to its cross-sectional area. Therefore, we can expect the tensile modulus of a specimen to relate to its size and shape. The bigger the area of an object is, the greater the number of intermolecular bonds present, thus, the higher the tensile stress needed to pull it apart.