What Does Copper Corrosion Mean?

Copper corrosion is the corrosion of materials made of copper or copper alloys. When exposed to the atmosphere, copper oxidizes, causing normally bright copper surfaces to tarnish. After a few years, this tarnish gradually changes to dark brown or black, and finally to green.

Copper corrosion occurs at negligible rates in unpolluted air, water and deaerated non-oxidizing acids. However, it is susceptible to more rapid attack in oxidizing acids, oxidizing heavy-metal salts, sulfur, ammonia, and some sulfur and ammonia compounds.

Copper can be toxic and can leach into tap water in both old and new homes. This leaching is a product of corrosion. A small amount of copper consumption is acceptable for humans because it serves as an essential nutrient, but too much may cause gastrointestinal problems. High copper levels over time can lead to liver or kidney damage. If testing of pipes reveals a level greater than 1.0 milligram per liter (mg/l), then treatment is necessary.

Copper is considered to be a noble metal, and as a result is able to resist attack by oxygen. The metal is basically immune to corrosion due to a naturally occurring protective film known as a patina that forms on the metal's surface. If this protective film, usually consisting of reddish-brown cuprous oxide (Cu2O), is destroyed, then copper will eventually corrode. Fortunately, the protective film on copper usually remains intact and repairs itself in most soils.

There are two types of copper corrosion:

Conditions That Can Promote Copper Corrosion

Certain conditions can cause corrosion when copper is exposed to particular soils, including:

Coupling of copper with aluminum or steel can lead to severe galvanic corrosion. Cyanides are also very corrosive to copper pipes.

The good resistance of copper pipe alloys to corrosion by seawater depends partly upon the inherent cathodic nobility of the metal, but it also depends on copper’s ability to form a protective passive film. High velocity and turbulent flow conditions can remove these films and permit local, rapid corrosion. 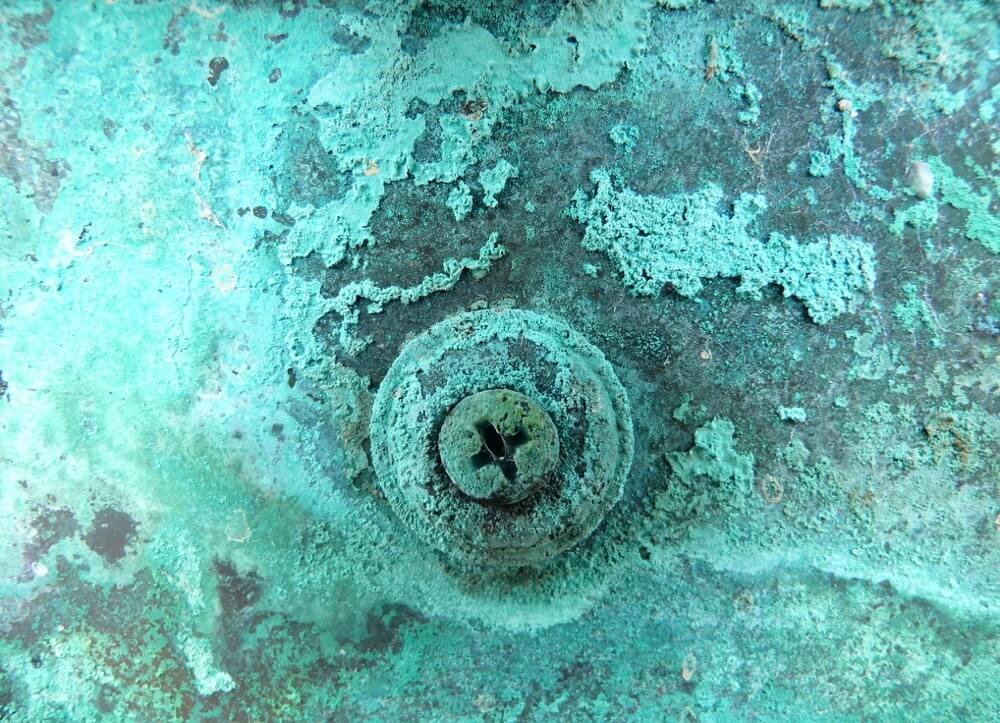