If corrosion effects are considered in the design phase and the right decisions are made prior to construction, public-use buildings such as hotels can be built to last and protected against corrosion for as long as possible.

Corrosion affects all concrete buildings and structures around the world to some extent, with annual costs in the billions to national economies. With hotel assets, corrosion is often an issue of aesthetics and falling concrete where spalling occurs creates public safety risks. Hotel operators do not want scaffolds, cables and exposed metalwork on display for extended periods of time. (For another take on the public sector, watch the video: John Oliver on America's Crumbling Infrastructure.) The corrosion of steel in concrete is accelerated in harsh environments, especially in coastal, tropical or desert environments where high salt levels or extreme temperatures can accelerate the rate of decay. Usually, the most exposed elements deteriorate first – but the underlying corrosion is unseen. Active corrosion in the steel beneath may take five to 15 years to initiate cracks in the concrete, but much of the corroded reinforcement is not visible.

In new concrete, alkaline (high pH) conditions form a passive film on the surface of the steel rebar rods, thus preventing or minimizing corrosion initially. But eventually, a pH reduction caused by carbonation or by ingress of chlorides (salt) causes the passive film to degrade, allowing the reinforcement to corrode in the presence of oxygen and moisture.

When this occurs, a voltage differential of approximately 0.5 V is set up between the corroding (anodic) sites and the passive (cathodic) sites, resulting in a corrosion cell where electrons move through the steel from anode to cathode. The rate of the reaction is largely determined by the resistance or resistivity of the concrete. Acid forms at the anodic (corroding) site, which reduces the pH and promotes corrosion of the steel.

The two most common causes of concrete corrosion are carbonation and chloride (salt attack). In broad terms, when carbonation, chlorides and other aggressive agents penetrate concrete, they initiate corrosion that produces cracking, spalling and weakening of the concrete infrastructure. (Another common failure, concrete delamination, is discussed in Why Concrete Delamination Occurs - and What to Do About It.)

As reinforcing rods rust the volume of rust product can increase up to six times that of the original steel, thus increasing pressure on the surrounding material, which slowly cracks the concrete. Over the course of many years, the cracks eventually appear on the surface and concrete starts to flake off or spall. Degradation of reinforcing steel and the subsequent weakening of the concrete occurs from the inside and may be unseen for many years. It is often referred to as “concrete cancer.”

According to Infracorr Consulting PL managing director Ian Godson, it may take up to 15 years before any cracking is visible. “It is a hidden problem which means that when you find it, it is often well advanced, very much like the tip of the iceberg,” Godson said.

Carbonation is the result of carbon dioxide (CO2) dissolving in the concrete pore fluid and reacting with calcium from calcium hydroxide and calcium silicate hydrate to form calcite (CaCO3). Within a relatively short space of time, the surface of fresh concrete will have reacted with CO2 from the air. Gradually, the process penetrates deeper into the concrete and after a year it may reach a depth of 1 mm for dense concrete of low permeability, or up to 5 mm for more porous and permeable concrete, depending on the water-to-cement ratio.

Chlorides, usually from seaside splash or wind, migrate into the porous concrete over time, causing corrosion when the concentration of chlorides reaches critical levels at the reinforcement. In addition, older structures may have used calcium chloride as a concrete “set accelerator” at the time of construction, resulting in serious corrosion issues.

The traditional concrete repair method is to remove the cracked and spalled concrete to a depth of 20 - 30 mm behind the reinforcing bars to fully expose the rusted material and remove the contaminated concrete from the steel. All of the corroded material is then removed and the steel treated or replaced. After this is done, specialist repair concrete mortars are applied and the surface made good.

A modern development is for the repair mortars to be polymer modified to improve adhesion and resist further ingress of contaminants. Coatings are commonly used in combination with patch repairs to reduce future entry of carbonation or chlorides.

Patch repairs that remove contaminated concrete from the deteriorating sections often do not fully address the hidden corrosion and result in accelerated deterioration to surrounding areas, commonly failing again within three to five years. Godson added, “One of the limitations of patch repairs is that you have to remove large quantities of sound concrete to solve the problem, causing significant noise and disruption to the building occupants.”

According to Justin Rigby, coatings consultant at Remedy Asset Protection, “Concrete is a great material and is generally impervious at the start, but to increase durability, a coating should be applied.” (See Anti-Corrosive Coatings for Different Service Exposures for more information on choosing a coating.) Figure 3. Elastomeric polymer membrane applied to the roof of a city high-rise building mitigates the effects of atmospheric exposure.

Protective elastomeric waterproofing membranes can be either rolled or sprayed onto a concrete surface. Flat rooftops allow membranes to be rolled on, but where there are complex geometries, spraying is the most effective application method.

The main benefit of ICCP is that the removal and repair of concrete is vastly reduced, with only the spalled and delaminated concrete requiring repairs. Once installed, corrosion can be controlled for the long term, eliminating future spalling and deterioration even in severe chloride or carbonation contaminated concrete.

Proper anode system selection is the most vital design consideration for a durable and efficient ICCP system. Incorrect selection and placement of the anode system can result in poor performance and a vastly reduced installation lifetime.

According to Godson, cathodic protection is relatively simple in theory. “Insert anodes into the concrete at set spacing attached to the positive terminal of a DC-power supply and connect the negative terminal to the reinforcing steel. ICCP systems commonly operate at 2 to 5 Volts DC,” he said. “The drawback is that you need lots of cables and permanent power supplies which result in this technology being mainly restricted to civil structures such as wharves and bridges with very rare applications to buildings.”

A fairly recent development has been hybrid cathodic protection, which uses zinc anodes installed in drilled holes. The anodes are powered for an initial period of around ten days. The initial high CP current totally passivates the steel reinforcement by migrating chloride away from the bars and restoring an alkaline (high pH) environment in the concrete. Following the initial impressed current phase, the temporary power supply and cables are removed and the anodes are then connected to the reinforcement via locally placed junction boxes to provide ongoing galvanic protection. This relatively low galvanic current maintains the ongoing passive condition at the reinforcement and prevents further concrete damage. Hybrid CP systems are usually designed for a 30-year or longer design life.

Hybrid CP offers all the advantages of ICCP, including corrosion control and less concrete removal, without the high cost and maintenance of power supplies, cables and control systems. Areas and structures that were previously difficult and uneconomical to treat with ICCP can be protected using hybrid CP technology. This includes small scale and remote structures situated in non-powered sites such as bridges and culverts.

In conclusion, it is important for owners of high-value assets such as hotels to consider the cost implications of ignoring the effects of corrosion on concrete buildings and structures. There are many advantages of planning during the design phase for corrosion control and mitigation. Two key benefits of proper corrosion management are that the life of an asset is extended and maintenance time and costs are reduced. In addition, lower maintenance increases an asset’s overall utilization and can improve its environmental sustainability. 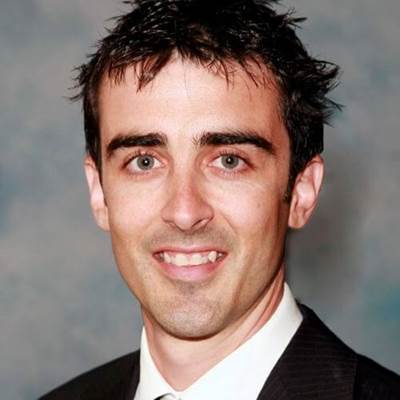 Wesley Fawaz is the Executive Officer of the Australasian Corrosion Association (ACA), responsible for implementation of the strategic direction of the organization, as well as management of daily operations. As an association management professional, Fawaz provides support and advice to the ACA Board of Directors, fostering strong links between the Association, its members and industry to help ensure all groups work together in minimizing the impact of corrosion on the wider community.

VIDEO: What Is a Corrosion Microcell?