The Growing Disconnect in the Pipe Coating Industry

The continued growth of the pipe coating industry requires and relies upon successfully bridging the current disconnect and working together to deliver quality applied coatings.

In the last twenty or thirty years, the oil and gas pipeline coatings industry has seen a lot of changes. From the days of coal tar coatings with relatively little oversight, the rapid growth of advanced coatings, specifically fusion-bond epoxy (FBE) with very specific application procedures, has led to highly detailed coating specifications covering every aspect of the process. For example, coating specifications when I started in the late 1990s were maybe four or five pages in total. Now it is common to see specifications of 35 to even 75 pages, depending on the project and scope.

With recent increased state and federal regulations such as the Pipes Act of 2016 and the public's increased awareness of pipelines as provided by the media, end users and engineers have been pressured to increase their knowledge and control of the pipe coating application. This has resulted in an ever-expanding level of specifications, standards and detailed processes. The level of inspection, and the comprehension of coatings inspectors, has also seen tremendous growth, with training programs such as those from NACE and SSPC (now unified as AMPP).

Unfortunately, the downside of this trend is that it has failed to reach the ground-level plant workers who are charged with surface preparation, applying the coatings and final inspection, and those responsible for reading and interpreting these specifications from which work-floor instructions are developed. The beginnings of the disconnect between the segments was undeniable, and mostly unavoidable.

A Historical Perspective of Pipeline Coatings

The pioneering days of applied coatings is long over. But even in the early stages of modern pipe coating, “The average plant worker typically had a high school education, and was not necessarily a graduate, but it was very rare that any had college experience at all,” noted Steve Garcia, current owner of Deep South Quality Inspection and a former coating plant manager of 25-plus years. Garcia added, “That included everyone from the ground up.”

Training programs at the time were nearly non-existent and the majority of the any training was on-the-job training using knowledge handed down through generations of coaters. “But many of the [senior] coaters with the most experience were reluctant to share their knowledge,” added Garcia. Basic job security concerns, while understandable, led to negative impacts on the growing coatings industry by creating unintentional classes of plant workers, and in some cases in supervisory and management levels as well.

For the end users, the engineering teams focused on the operational aspects of pipelines, leaving much of the coating controls up to the applicators and powder coating manufacturers. Like in the plant settings, however, the gathering and transfer of knowledge on the engineering side was kept within a narrow group. (Related reading: Who Participates in Selecting Equal Coating Products?)

A resulting negative was “the growing gap between the two segments and the tension, if you will, between coaters and end users”, according to Mark Greenly, now a General Manager for Womble Coating.

“The sides were operating completely separate of each other yet trying to reach the same goal,” Greenly said.

Coating operators were not communicating their practical concerns with the engineers, and the engineers were rarely experienced in the coating application at the plant level. As such, the beginnings of an internal disconnect within the industry was seemingly self-initiated.

Pipeline Coatings in the Present Day

In the current industry setting, the disconnect between these two segments is still present for many of the same reasons, but arising from different circumstances.

As previously mentioned, increased governmental and environmental involvement in pipelines has forced end-users to expand their engineering departments to conform to the expanding regulations. The unavoidable result is high-level specifications, with high-level language intended to address these changes, but still often with very little practical knowledge of the coating application plant operations. On the plant side, unfortunately, there has been very little change in the workforce demographics, which leaves them at a great disadvantage and primed for an even greater divide.

In fact, “it is common for plant personnel to hold resentment towards engineers for their lack of real-world application constraints and production practices,” said Garcia, and vice versa for engineers to be frustrated at the coaters’ lack of knowledge of regulatory requirements.

An obvious example of just how far the two sides have become even further separated is the difference in average wage for coating engineers and coating plant workers, although a difference is certainly warranted as engineering degrees can cost upwards of $50,000 per year. According to recent numbers, coatings engineers average $93,000 per year in the US, whereas ground level labor earn an average $13.75 per hour in the US. And that hourly estimate for plant labor may even be slightly elevated from today’s actual coating plant employees’ wages, considering staff turnover rates in coating plants, which results in a greater number of entry-level wages.

This also reduces the general and specific knowledge of plant workers, whereby employers are reluctant to invest in extensive training only to have the employees seek higher wages (a benefit of the provided training) elsewhere, but then leaving the employers having to continually start over with the next batch of freshly-hired employees.

There has been a shift lately for coating applicators to hire supervisors and plant managers with higher education levels. But without hands-on coating experience, along with the ability to relate instructions directly with the work crews, this may contribute to the expanding disconnect between the plant workers, experienced coaters and end users.

However, even with well-qualified plant managers and supervisory staff, the growing requirement for third-party inspectors to be onsite and acting as a representative of the end user places a perhaps unintentional block on open communication between the end user and the coating applicators. By and large, inspectors are not mediators on behalf of the end user, but rather witnesses and enforcers of the specification as it is written, often without regard to standardized acceptable practices. Unfortunately, inspectors, even those certified by recognized training programs such as NACE’s CIP program can also lack practical working knowledge, which further exacerbates the divide.

Bridging these gaps between each of the aforementioned segments – end users and coating engineers, coating applicators and third-party representation – is a widely sought goal throughout the industry, as is evidenced by the growing interest and membership in organizations such as AMPP. (Related reading: 9 Ways the Merger Between NACE and SSPC Will Impact Corrosion Pros.) But reaching any unified goal in a multi-entity industry requires the acknowledgement and effort of each to find a starting point addressing the problems.

Suggestions to Address the Industry Disconnect

Based on advice from Garcia and Greenly, my own personal experiences with each facet of the industry, and general scuttlebutt within various coating facilities, the following are some common suggestions to begin narrowing the divide:

The continued growth of the pipe coating industry requires and relies upon successfully bridging the current disconnect and working together to deliver quality applied coatings, provide safe and efficient pipelines, and meet full regulatory compliance. It will require the cooperation and effort of all parties, but we will all be the better for it. 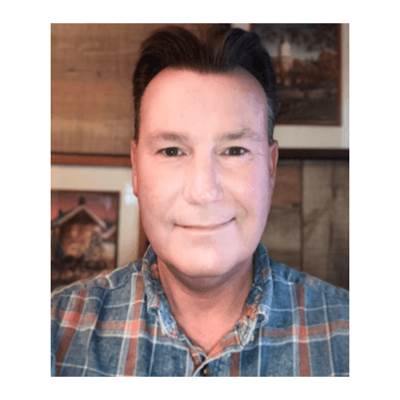 Mr. Greg Denton has more than 20 years of experience in the pipeline coatings industry. Working literally “from the ground up” with coating applicators, including LaBarge Coating and the Bredero Shaw lineage, he brings a unique perspective in understanding the real-world dynamics of production coating application and recognizing and overcoming challenges faced in meeting the demands and expectations of pipeline end-users. With most of these years directly involved in QA/QC of applied FBE coatings, he has extensive knowledge of all major industry coating specifications and standards, understanding the concerns of both end-user and applicator, and his aim is to bridge the communication gaps that exist between the organizations involved within the coating industry. He has assisted several major pipeline and coating companies with both original content and revision of their current coating specifications and continues to provide professional opinion and suggestion in this respect. He has worked as a Coatings Consultant both domestically and internationally and is currently the Pipeline Coatings Application Consultant with Crest Industrial Chemicals in Rosharon, TX.