The new Association for Materials Protection and Performance (AMPP) organization, formed by a merger between NACE International and The Society for Protective Coatings (SSPC), offers many benefits to industry professionals.

Two professional organizations, each of which have played significant roles in the corrosion industry for a combined total of 145 years, are joining together to create a unified voice for the corrosion control and protective coatings industries.

The new organization, the Association for Materials Protection and Performance (AMPP), was formed by a merger between Houston-based NACE International – The Worldwide Corrosion Society and Pittsburgh-based SSPC: The Society for Protective Coatings.

“Both organizations were strong in their own right,” said AMPP CEO Bob Chalker. “But we could see the benefits to the industry of joining forces.”

AMPP brings together the world’s leading corrosion prevention and protective coatings organizations under one umbrella,” Chalker said. “With a vision to create a safer, protected, and sustainable world, the new association will focus on the future of materials protection and performance.”

AMPP has a membership of more than 40,000 individuals and organizations in 130 countries. It consists of two governance structures — AMPP and AMPP Global Center.

AMPP provides services to members in the areas of certification, accreditation, membership, advocacy and public affairs.

Members from both NACE and SSPC are welcoming the merger. Before moving forward with it, both organizations polled their members’ attitudes toward it.

“Ninety percent of the organizations’ members voted ‘Yes’ on it,” Chalker said. “This could be considered a mandate.”

Chalker and others involved in the merger say it will be a boon for the industry and will provide numerous benefits for members.

Listed below are some of the top benefits they foresee.

No Longer Having to Choose Whether to Join NACE or SSPC

Prior to the merger, some members found it time or cost-prohibitive to belong to both organizations, so they usually joined one or the other. NACE tended to attract engineers, designers, asset owners and consultants. SSPC brought in contractors and manufacturers.

“There were a lot of times when members of both organizations had to choose which organization to join, which conference to attend, or decide if they should go to both conferences, even what standards to use,” said Joyce Wright, a former president of the SSPC board who serves as Chair of AMPP Global Center Board of Directors and works for Huntington Ingalls Industries-Newport News Shipbuilding.

“We’re taking that stress away from our members so they can have a one-stop-shop,” Wright said.

Having one go-to organization covering the corrosion industry will mean a cost savings for individuals and organizations who used to belong to both.

There are several membership levels for AMPP being offered. For instance, a premium AMPP membership for an individual will cost $150 a year and will include access to two standards of their choice, a subscription to Materials Performance and CoatingsPro magazine, access to the Microlearning Library, which is an digital collection of short, easy-to-use training resources, access to the membership database, access to an online forum and member-only pages, and an archive of historical conference papers.

The highest level of corporate membership options will cost $8,500 a year. It will cover 50 memberships, two conference registrations, five recertification fees waived, a logo and hyperlink on a high traffic page on the AMPP website, unlimited access to standards, job postings in the Career Center, access to the conference lounge, a bulk membership purchase option for multiple employees and monthly recognition in Materials Performance, a magazine dedicated to corrosion prevention.

Having a single organization will eliminate some costs that the new organization can devote to efforts that benefit members.

“You can take that money that’s being saved by the separate organizations and put it into more programs that will better serve the members and industry,” Chalker said.

A Single Voice for the Corrosion and Coatings Industry

AMPP will speak as a single voice for the industry, which will be more powerful in many ways, including for instance, influencing how federal legislation or policies might affect the industry.

“Now, with a combined membership, we can have a bigger voice,” said Tim Bieri, board chairman for AMPP and vice president of Materials and Corrosion Engineering for bp America.

He added that AMPP will be able to move more quickly to address important issues.

It is no accident that the organization’s new name includes the word materials in it. With new technologies, there are a multitude of materials beyond just wood, concrete or graphene that need to be protected. (For further reading on materials, read What New Materials Science Studies Suggest About Corrosion Control in the Future.)

“Anyone who has an interest in protecting materials or in increasing the performance of materials belongs in AMPP,” Chalker said.

Any industry that uses materials needs to protect them, and AMPP wants to connect with them.

AMPP will seek to involve industries such as the amusement park, medical devices and wastewater industries that previously have not considered how belonging to an organization dedicated to fighting corrosion would benefit them. Reaching new industries will add to AMPP’s power and effect on corrosion fighting efforts.

“Anyone who has an asset that is subject to degradations would benefit from being part of AMPP,” Chalker said.

Corrosion is a global problem and AMPP will continue, as both NACE and SSPC had previously done, to reach out to global members.

“Members won’t be limited to what’s happening locally in the corrosion industry,” Chalker said. “They’ll have access to the best research, techniques and training from around the world.”

Currently, AMPP’s membership is between 35% and 40% international.

As part of the continued effort to embrace global participation, AMPP’s board will include international members.

Work has been going on for about a year to merge the standards of both organizations into one cohesive program.

“Previously, each organization wrote their own standards that were slightly different,” Chalker said. “With one set of standards, it’s going to be less confusing and more efficient.”

Historically, both NACE and SSPC relied on the input of volunteer professionals to write the standards. That will continue but will be streamlined.

“Since there won’t be two organizations, it will be a much more effective use of volunteers’ time,” Chalker said.

Bieri indicated that a more efficient use of volunteers’ time is welcomed by professionals who also have demanding careers.

“There is only so much time available,” he said. “Individuals are being pressured to do more at work and that seeps into other areas. You don’t want a volunteer job with a professional association to become like a regular job.”

He notes that there are numerous organizations — up to about a dozen throughout the world — that write standards, and creating an overarching set of standards will provide more clarity and ease of use for members.

“At some point you have to ask why there are 12 sets of standards,” he says. “This will create a much more streamlined and effective program.”

“I’m looking forward to bringing together the expertise that’s been instrumental in developing standards, training, publications and other technical resources that support our members and advance our industry,” Wright added.

“Training and certification will continue under one umbrella organization and will eventually be branded as AMPP,” Chalker said.

One of the great benefits of the merger will be the connections that take place across various sectors of the industry and countries.

Parts of the industry — engineers, designers, craftsmen, contractors — that used to be separated under the different banners of NACE and SSPC, will no longer have that impediment to communication. Annual conferences, training, research and certification will be accessible to everyone.

“We’re going to work together instead of in silos to raise the level of our professionals in our industry,” Wright said. “We’re going to fight corrosion together.”

AMPP is headquartered in the U.S. with offices in Houston, Texas and Pittsburgh, Pennsylvania. Additional offices are located in the U.K., China, Malaysia, Brazil, Canada and Saudi Arabia, with a training center in Dubai. 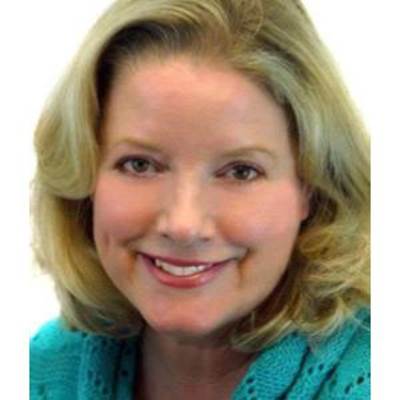 How to Get Started in a Career as a Materials Scientist

A Day in the Work Life of a Corrosion Engineer

Working towards Consensus in the Coatings and Corrosion Fields