Introduction to the Chemistry of Pipes in Seawater

The chemical reactions responsible for the corrosion of pipes in seawater environments are predominantly electrochemical in nature.

It is estimated that around 30% of all scrap metal comes from corroded metal materials or equipment. And marine environments, no doubt, have made a significant contribution to this figure.

The properties of seawater make it the ideal medium for accelerated corrosion of metallic components. As such, pipelines exposed to seawater are considered prime candidates for corrosion damage. Failure to prevent seawater corrosion in pipelines can often have disastrous environmental consequences. Therefore, it is crucial to understand the relationship between pipeline materials and seawater.

Seawater corrosion is a combination of two reactions: oxidation and reduction (also known as a redox reaction).

In the oxidation half of the reaction, metal atoms (M) lose their negatively charged electrons to adopt an overall positive charge (M+). This reaction takes place at the anode and is represented by the reaction below:

In the reduction reaction, the oxygen (O2) and water (H2O) combine with the electrons lost by the metal atom to form negatively charged hydroxide ions (OH­-). This reaction occurs at the cathode.

The metal ions and hydroxide ions further react to form insoluble metal hydroxide corrosion products. The type of corrosion formed is dependent on several factors, including the chemical properties of the seawater, the type of metal and the manner in which the pipe is exposed to the aqueous environment. (Learn more about Corrosion Electrochemistry: The 6 Electrochemical Reactions Involved in Corrosion.)

Listed below are some of the most common types of corrosion found in pipes exposed to seawater.

Uniform corrosion, as its name suggests, is evenly distributed over the entire metallic surface. Anodic and cathodic areas are present throughout the surface and can move from one location to another.

Pitting corrosion is a type of localized corrosion characterized by the formation of small holes in specific areas of the material's surface. It is typically caused by the presence of weak barrier protection on the substrate. Pitting usually starts small then eventually grows into one of several common patterns, including narrow and deep, shallow and wide, elliptical, undercutting and horizontal grain attack (Figure 1).

Reduced barrier protection in pipes is linked to a breakdown of passivity on the metal's surface due to the presence of chloride in the seawater.

Figure 1. Depiction of some types of pitting.

Galvanic corrosion generally occurs due to electrochemical reactions between two dissimilar metals in the presence of an electrolyte solution (seawater). The difference in electrode potential between the two metals causes electrons to travel from the more anodic metal to the more cathodic metal. This is essentially an electrochemical reaction driven by the highly conductive seawater. (Read 5 Ways to Avoid Galvanic Corrosion.)

Seawater possesses several properties that make it detrimental to metal piping. Below, we list some of the most prominent factors that affect the corrosion rate of pipelines in seawater.

Furthermore, chlorides in seawater can also react with the passive films on metallic surfaces, causing the film to break down. 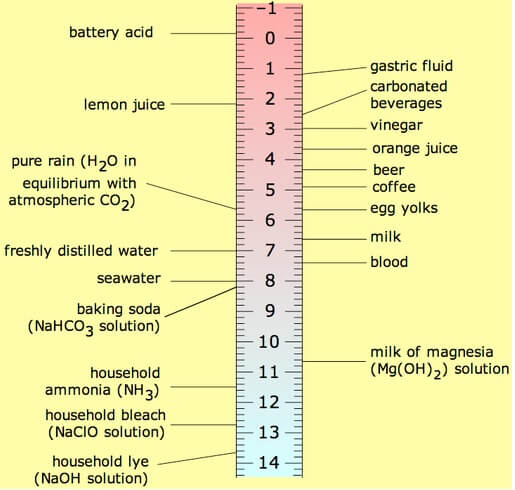 How to Protect Pipes in a Seawater Environment

While seawater can be detrimental to metal piping, several solutions can be implemented to control corrosion rates. These measures include, but are not limited to:

The first measure that should be taken to minimize the effect of marine environments on metal pipes is proper material selection. Engineers and contractors should adequately assess the marine environment to determine which materials are appropriate to ensure long-term and safe operation of equipment. The ideal material should have the right balance between corrosion resistance, mechanical strength and cost. (Here are 6 Tests to Measure a Material's Strength.)

Additionally, the pairing of dissimilar metals should also be carefully assessed to ensure that conditions for galvanic corrosion are not created.

Surface treatment, as its name implies, involves applying a medium on the surface of the pipe to prevent corrosion or slow down the corrosion rate. Surface treatment methods, such as coating or metal plating, form a protective barrier that prevents corrosion-causing agents from coming into contact with the metal substrate.

Cathodic protection (CP) involves coupling the pipeline with another metal to force the pipe to become the cathode in the electrochemical cell. The metal connected to the pipe becomes the anode, sacrificing itself preferentially to save the pipeline from damaging corrosive processes. The sacrificed metal is also known as a sacrificial anode.

The chemical reactions responsible for the corrosion of pipes in seawater environments are predominantly electrochemical in nature. The type and rate of the resulting corrosion are dependent on several factors, including salinity, electric conductivity, pH and dissolved oxygen levels.

While seawater can be particularly aggressive towards metal pipes, specific measures can be put in place to ensure that piping infrastructure functions safely and effectively in a given marine environment.