The measures used to avoid galvanic corrosion are aimed at eliminating the elements that are responsible for its formation. These countermeasures, however, are most effective when implemented very early in the project’s design stages.

Galvanic corrosion (also called bimetallic corrosion or dissimilar metal corrosion) is a deteriorative electrochemical process that occurs when two dissimilar metals are in contact with each other in the presence of an electrolyte. This type of corrosion is characterized by the accelerated corrosion of one metal, while the other remains mostly unaffected. In other words, one metal becomes the anode and corrodes preferentially, thus sacrificing itself while protecting the other metal, the cathode.

Galvanic corrosion is relatively aggressive and causes millions of dollars in damage annually. Countermeasures to prevent its formation must be taken into consideration at the conceptual or early stages of the design process. (Discussed in more detail in Corrosion Control Considerations in the Equipment Design Process.) The causes of galvanic corrosion vary widely and can consist of several different types of chemical reactions. It is therefore essential to have a sound understanding of the underlying mechanisms and the factors that affect the development of this type of corrosion.

The Causes of Galvanic Corrosion

When two metals are in contact with each other while in the presence of an electrolyte, the potential difference that exists between them causes electrons to transfer from the anode (the more electronegative metal) to the cathode (the more electropositive metal). This transfer of electrons results in a series of oxidation and reduction reactions, which then causes in galvanic corrosion of the anode. (A further discussion is available in the article Why Do Two Dissimilar Metals Cause Corrosion?)

Measures aimed at preventing galvanic corrosion are generally based on eliminating the fundamental elements that cause its formation. This mostly includes obstructing the electrical path in the metallic or electrolyte parts of the system, removing oxygen from the electrolyte, and the introduction of corrosion inhibitors.

One of the most effective ways of breaking the electrical path in the electrochemical cell is to place a non-conductive material between the contact points of the coupling metals. Galvanic corrosion occurs because electrons are allowed to flow from the anode to the cathode, producing a galvanic current in the system. Insulation material blocks the flow of electrons, thus preventing oxidation and reduction reactions from occurring.

In practice, insulation is typically achieved by using polymer or elastomer-based bushings, washers, gaskets and coatings. For example, in the oil and gas industry, non-conductive glass reinforced epoxy (GRE) gaskets are typically placed between the flanges of connecting pipes to disrupt the electrical conductivity between adjacent pipelines. (The use of gaskets is discussed in How New Oil & Gas Extraction and Transportation Methods are Influencing Pipeline Corrosion.) 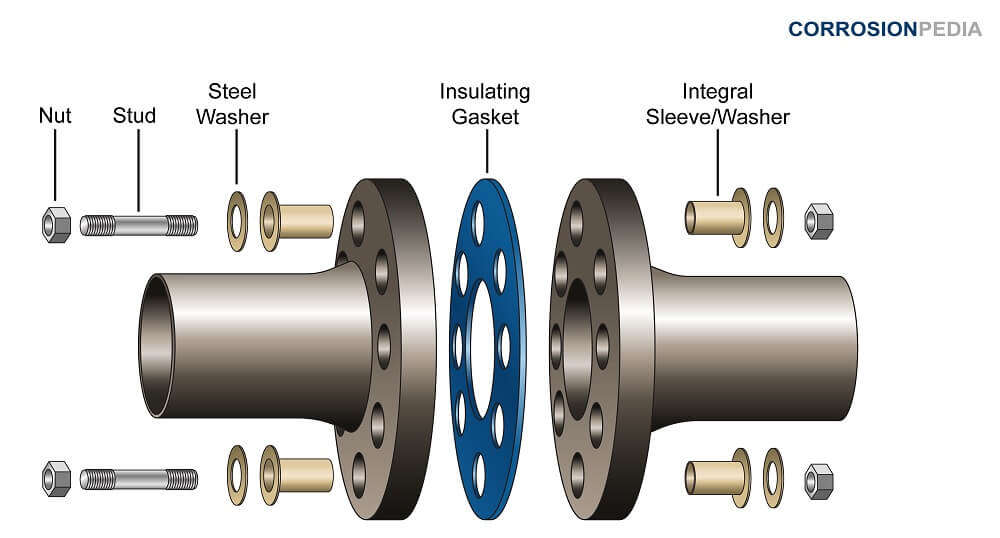 Figure 2. An insulating gasket placed between the flanges of connecting pipes to act as an electrical insulator.

One of the main elements necessary for galvanic corrosion to occur is an electrolyte, which contains ions that facilitate the oxidation and reduction reactions in the galvanic cell. Therefore, measures that involve isolating the contacting metals and the electrolyte can prove to be effective in preventing galvanic corrosion. This is achieved by using water-repellent compounds that act as barriers between the metal substrate and the electrolyte solution. Paints, coatings, oils and greases have all been used in numerous industries to great effect.

The opposite is true for metals with a low potential difference between them. The objective is to select contacting metals with similar electrode potentials, i.e., metals that are close to each other in the galvanic series, to reduce the possibility of galvanic corrosion. (You can find a diagram of the galvanic series in the article An Introduction to the Galvanic Series: Galvanic Compatibility and Corrosion.)

Corrosion inhibitors are compounds (usually liquid) that are added to the electrolyte to suppress the chemical reactions that cause galvanic corrosion. Inhibitors work in a number of ways – most involving complex chemical processes. However, the inhibitors that are most effective against galvanic corrosion are those that remove dissolved oxygen from the electrolyte solution. Removing oxygen reduces the possibility of reduction taking place at the anode. Since the cathodic reactions are dependent on anodic reactions, the galvanic process is halted.

During the preliminary design stages, it is worthwhile to ensure that the area of the more anodic metal is made as large as possible in relation to the cathode. For example, steel fasteners in an aluminum plate will produce better results than aluminum fasteners in a steel plate.

Preventing galvanic corrosion usually involves applying countermeasures very early in the design phase of a project. Understanding the mechanisms involved in this electrochemical reaction is key to selecting the appropriate and most effective preventative measures for a given situation. It is also important to note that several protection methods can be implemented simultaneously for enhanced protection and higher levels of efficiency.