Achieving optimum quality and performance requires an understanding of the blasting equipment’s components and how they interact to produce the most appropriate blast pressure for the job at hand.

Wet abrasive blasting (also known as Vapor Abrasive™ blasting or slurry blasting) is commonly performed to clean a surface (e.g., to remove corrosion, scale, mold or old, worn coatings) or to prepare the surface by creating an anchor pattern for the future application of a coating. (Get a primer on surface preparation in the article Substrate Surface Preparation for Corrosion Prevention.)

Achieving optimum quality and performance requires an understanding of the blasting equipment’s components and how they interact to produce the most appropriate blast pressure for the job at hand.

What is Blast Pressure?

A higher blast pressure can clean or prepare a surface quicker because it imparts more energy onto the surface by increasing the velocity of the abrasive media and delivering more kinetic energy.

Read: What is Wet/Vapor Abrasive Blasting 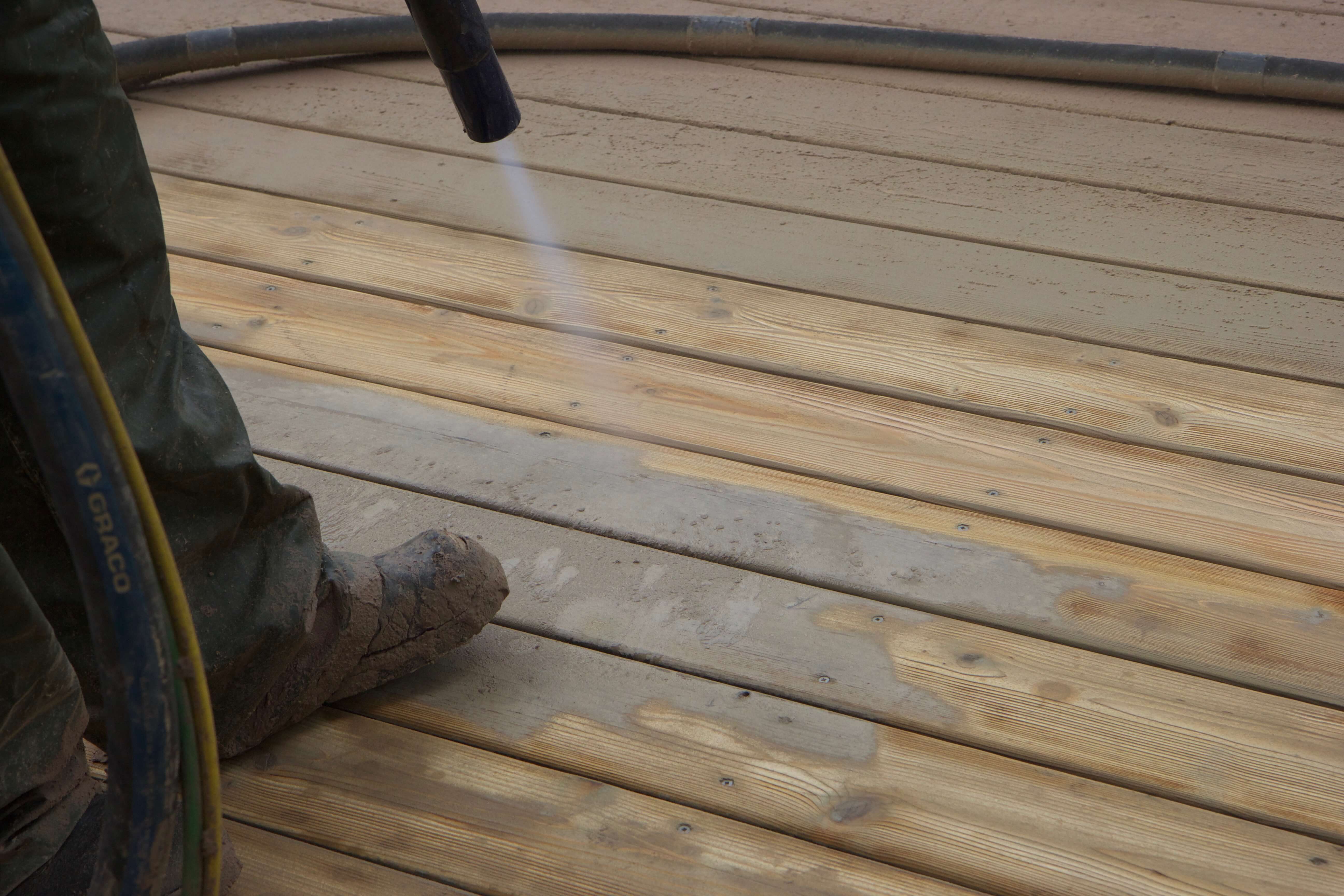 
How to Determine the Correct Blast Pressure for Your Application

The first question to answer is what blast pressure is required to prepare the surface effectively. Some general guidance in the form of Table 1 is helpful to gain a starting point.

Another consideration is the stand-off distance, which is the length between a blasting nozzle and the surface being cleaned. A certain stand-off distance might be required for safety reasons to protect personnel, or it might be influenced by the workspace’s physical conditions, such as nearby objects that restrict access to the surface. The closer the blast nozzle is to the surface to be cleaned, the greater the impacting force and the smaller the blast pattern.

How Equipment Factors into the Equation

There are three important components to a wet abrasive blasting system: the air compressor, the blast hose, and the blast nozzle. Each has a role to play, and the requirement or selection of one affects the others.

The air compressor collects air at atmospheric pressure and compresses it into a smaller volume at a higher pressure. The greater the amount of air volume that is compressed per minute, the greater the pressure in the blasting system. This increases the production rate for two reasons. First, a high pressure increases the velocity of the abrasive media, delivering more kinetic energy and creating a deeper anchor pattern. Second, a higher pressure allows you to use a blasting nozzle with a larger inside diameter, which puts more abrasive on the surface per unit of time.

Air compressors are sized by how many cubic feet per minute (CFM) of air they compress. Small jobs with detailed work or easy to remove coatings require 185 CFM or less. Compressors in the 115 – 185 CFM range are ideal for small to medium-sized applications. Large, high production jobs or coatings that are difficult to remove require 300 CFM or greater.

The blast hose plays a simple but critical role – to transport air, water and media to the blast nozzle.

A smaller diameter hose results in a higher blast pressure. Table 2 provides general guidelines for selecting a hose based upon the airflow required for the job.

The blast nozzle receives air from the air compressor and compresses the air even more into a small tube with a diameter generally less than an inch.

Blast nozzles are available in different form factors or geometries, some of which are depicted in Figure 1. The nozzle’s geometry can affect the velocity of the media exiting the nozzle, the media usage rate and the size of the blast pattern.

Blast nozzles are labeled by the throat diameter in 1/16-inch increments. Thus, a #5 nozzle has a 5/16-inch diameter.

Read: How to Choose the Right Blast Nozzle

Doubling the diameter of the nozzle’s orifice will quadruple the area of the orifice and the volume of air and abrasive media that passes through the nozzle. To maximize productivity, choose the biggest nozzle that the air compressor will support at a pressure that will be productive.

Due to erosion from the constant stream of water and abrasive media, the diameter of the nozzle’s throat gradually increases in size. This is something to keep in mind when sizing a particular nozzle for the job at hand because the nozzle's actual inside diameter might be significantly different from the diameter stated on the label. For this reason it might be more economical to purchase nozzles slightly smaller than what you initially require.

Matching the Components of a Wet Abrasive Blasting System

Pressure is determined by the water pump and a media flow control valve. 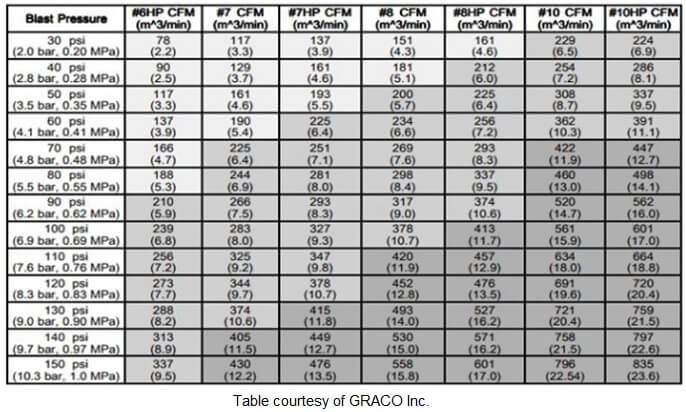 Finding the optimum blast pressure reduces costs and maximizes production efficiency when performing wet abrasive blast cleaning and surface preparation. This is a balancing act that entails taking into consideration the requirements of the job and the capabilities of the compressor, the blast hose and the blast nozzle.