Alkyd-based paints have been a dominant product in the protective coating market since the 1930s. Although they have been challenged by competing water-based coatings, their unique properties still make them a preferred coating for many applications.

ASM Handbook, Volume 5B: Protective Organic Coatings is comprised of 480 pages and divided into five sections, which offer introductory material, an in-depth presentation of specific coating materials, practical information on surface preparation and coating application, coverage of coating use by various industries, and a detailed discussion of coating analysis and evaluation methods. Volume 5B authors provided information on the many industry standards that must be adhered to for the preparation, application and testing of protective coatings.

For the full, in-depth article along with the rest of the authoritative, reliable sources of information, visit the webpage here.

The Chemical Nature of Alkyds

An alkyd is an ester-based polymer derived from the polycondensation reaction of a polyhydric alcohol and a polybasic acid. In addition to these ingredients, the resulting resin is modified with an oil or a fatty acid to make it more flexible and to air harden it. From this combination of alcohol and acid came the term alkyd, with the letter “k” employed to give the desired phonics.

An oil-free alkyd is essentially a polyester, whereas the alkyds discussed in this article are oil-modified.

The reaction basic to all polyester resins, including alkyds, is a condensation reaction of carboxyl groups with hydroxyl groups, eliminating water and forming an ester. The ester group (-O-C=O-) provides the name for the polyester (many esters) in the reaction product.

However, to make an alkyd from the polyester resin, oils are combined with the esterified resin to provide flexibility and decreased brittleness.

The difference between a polyester resin and an alkyd resin is the addition of an oil. (To learn more about what goes into a paint, see The Composition of a Paint Coating.)

The History of Alkyds

Swedish chemist Jons Jacob Berzelius is credited with producing the first synthetic polyester in 1847, when he reacted glycerol (propane-1,2,3-triol) with tartaric acid (2,3-dihydroxybutanedioic acid). Subsequently in 1901, Watson Smith found that a reaction of phthalic anhydride with glycerol produced heat-cured insoluble polyester resins. In the following two decades, extensive work was conducted on these novel polyester materials, including the work of renowned chemist Wallace Carothers and others at General Electric, who began to explore the commercial value of these new polymers. Extensive investigations on what they referred to as the “polyhydric alcohol (multiple hydroxyl groups)-polybasic acid (multiple carboxyl groups) reaction” began as they explored the impact of various monomers on flexibility and curing properties.

Roy H. Kienle and his colleagues, working in the 1920s for General Electric, explored numerous variants of the glycerol-diacid reaction, finding that modification with oils derived from vegetable and fish oils provided the resins with solvent solubility and flexibility. These oil-modified polyester resins were well suited for use as binders in paints.

Kienle applied for a U.S. patent on January 29, 1927, stating that the “object of my invention was to produce resins of the polyhydric alcohol-polybasic acid class that can be fully hardened or set at ordinary room temperatures; that is, without baking, which will have greater hardness and elasticity and in general have more advantageous physical properties than alkyd resins that I’ve been produced heretofore.”

Kienle said he found that his combination of an aromatic or cyclic polybasic acid and an oxidizable acid derived from a drying oil produced a new form of resinous material that was soluble at ordinary temperatures. This material, Kienle said, is “convertible by contact with the air at ordinary temperatures to a hard, tough state,” and when applied to a metal or other substrate, “a tough, flexible and tenaciously adherent film is formed upon evaporation of the solvent and air drying.” United States Patent 1,893,873 was issued to Roy H. Kienle for an oil-modified alkyd resin on January 10, 1933, and assigned to General Electric Company.

The Kienle patent was considered the basic patent for an oil-modified alkyd resin, but it was declared invalid for lack of invention. This decision was the final outcome of the suit instituted by General Electric against the Paramet Chemical Corporation of Long Island City, producers of an alkyd resin trade-named Esterol. This threw alkyd resins open to any manufacturer; from six producers in 1933, the number grew to 34 in 1939. During the 1930s, most of this production continued to come from the three original makers—General Electric, American Cyanamid and du Pont—which accounted for approximately two-thirds of the production.

On September 17, 1935, U.S. Patent 2,014,953 was issued to Paul F. Schlingman and Roy H. Kienle for a resin made from “a phenol, aromatic amine and aldehyde, the resulting compositions having good flow, being easily moldable at relatively low molding pressures, without the addition of fillers, to translucent homogeneous products of high mechanical strength and very good dielectric properties,” and assigned to General Electric Company. By the 1940s, Reichhold Chemicals became the largest alkyd resin producer. Reichhold remains one of the leading suppliers of alkyd resins to the coatings industry.

Finding their first and principal market in the coatings industry, alkyd resins were diversified in their applications during the 1930s when, by using binders of sawdust or bagasse (a vegetable fiber) with lime, a strong molded product was produced. Flexible forms were introduced in 1933, and in 1936 General Electric placed on the market a glyptal (a crosslinked polyester made by polymerizing ethylene glycol and phthalic acid) cement. By the late 1930s, alkyds were being employed in the production of fast-printing inks, in emulsion paints and combined with urea-formaldehyde condensation products in superwhite enamels.

There were two primary concerns with the early alkyd paints. The primary environmental concern was with the organic solvents used to formulate the product. Numerous solvents are used in alkyd coatings, including mineral spirits, toluene, xylene and petroleum distillates. The evaporation of these solvents, in both the alkyd resin production and end-use drying processes, introduced a significant environmental concern. While the paint industry has been working to reduce the VOCs associated with coatings since the 1940s, both the federal U.S. Environmental Protection Agency (EPA) and numerous state environmental agencies began regulating VOCs in the production, application and drying processes of paints. The National Emission Standards for Hazardous Air Pollutants established strict regulations on the emissions associated with the manufacture and use of paints. The industry responded with innovative formulations that aimed to produce environmentally friendly, low-VOC, alkyd-based coatings with the high performance of the traditional formulations.

The second concern with these oil-based paints involved the pigments. The early versions of alkyd coatings used lead-based pigments and additives. White lead, (PbCO3)2Pb(OH)2, was an ideal masking pigment with high opacity. Lead also enhanced other performance features such as adhesion, water resistance and weather-related flexibility. Unfortunately, the toxic effects of lead presented a significant health risk for paint industry workers, professional painters and even children, who would ingest the paint chips from weathered, flaking surfaces. Although the U.S. Consumer Product Safety Commission has banned the manufacture of paints containing lead since February 27, 1978, the health risk associated with lead-pigmented paints still exists in paints produced and applied prior to the ban. All paints produced after February 1978 contain other pigments, primarily the much safer titanium dioxide.

Alkyd paints are relatively easy to use. They are supplied to the market as one-pot products, requiring no mixing other than stirring prior to use to ensure uniform distribution of the pigments and additive. Most alkyd paints are applied with an applicator, such as a brush or roller, or as an aerosol spray. The aerosol application method can be through a compressed-air spray gun or formulated for an aerosol spray can.

The typical application should use thin coatings to allow the oxidative curing to occur. Thick coatings can form a surface skin, leaving an uncured liquid component below the surface. Where thicker coatings are desired, it is recommended that several thin layers be applied rather than one thick layer.

The drying time for an alkyd coating varies depending on the oil length, oil type and environmental conditions. For short oil alkyds, which produce a harder surface, heat is usually required for effective drying. (To learn more about a paint's drying time, read When is a Paint Dry?)

Although solvents can be used to thin the paint, care must be taken because solvents will affect the viscosity and drying time of the coating.

When stored for long periods, the components in alkyd paint can settle, leaving a non-uniform distribution of the paint components. For this reason, it is recommended that the paint be boxed prior to use.

As with all paint products, the best results are obtained when the instructions on the container are followed, because these instructions are specifically designed by the manufacturer for the formulation of that specific product.

Alkyd coatings and coating systems are relatively easy to mix and apply by brush, spray or other methods. Because of this ease of application and their relatively low cost, good color retention and moisture and corrosion resistance, alkyd coatings have found widespread use as industrial, marine, household and architectural coatings. (Discover special considerations for Coatings for Marine Applications & Offshore Platforms.) However, there are concerns that a user, specifier or applicator should be aware of when using alkyd coatings. These include:

Alkyd-based paints have been a dominant product in the protective coating market since the 1930s. Although they compete with water-based coatings such as latex and acrylics, their unique properties still make them a preferred coating for many applications. They produce a durable, tough, high-quality finish with excellent barrier properties and water resistance. Their strong adhesion to nearly every surface and their resistance to environmental factors make them a preferred coating for machinery, architectural, industrial and wood applications. Easy-to-use formulations of alkyd-based paints make it possible to apply them without special mixing or complex application equipment. Most formulations are applied with a brush, roller or aerosol spray.

Although they are more expensive than latex and acrylic paints, their performance advantages and ease of application have allowed them to maintain a significant market. While the original solvent-borne formulations have been challenged in the market because of environmental restrictions, newer waterborne alkyd coatings and modified alkyd coatings provide the high performance of the solvent-borne products with highly reduced solvent content. The use of vegetable oils rather than petroleum-based oils also gives alkyds a unique opportunity as a green product.

Though it once appeared that the environmental challenges of solvent-based alkyds would severely limit the use and commercial viability of alkyd coatings, the industry has responded with newer waterborne, low-VOC products that provide the high performance of oil-based paints while addressing the environmental concerns of the older, traditional solvent-borne coatings. With these advances, alkyd coatings will remain a dominant player in the protective coatings market.

***
For the full, in-depth article along with the rest of the authoritative, reliable sources of information, visit the webpage here.

Written by Kenneth B. Tator, P.E | Chairman of the Board, KTA-Tator, 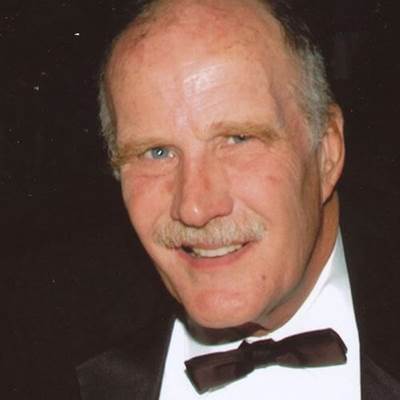 Ken is the Chairman of the Board of KTA-Tator, Inc., the son of KTA’s founder, and an internationally renowned industry expert with over 45 years of experience in the field of protective coatings. He is a registered Professional Engineer (California, Florida, Michigan, Pennsylvania), is accredited as a Corrosion Specialist by NACE, is a NACE Certified Coatings Inspector Level 3 (Peer Review), and is an SSPC Certified Protective Coatings Specialist. Ken serves as a senior consultant and expert witness on many projects and contributes articles to various technical publications. Ken was selected by the JPCL in 2009 as one of 25 Top Leaders and Thinkers in the Coatings & Linings Industry for the past 25 years. He holds a B.S. in Chemical Engineering from Lafayette College and an MBA from Columbia University.
Read Kenneth B. Tator, P.E’s bio