When is a Paint Dry?

Here's an in-depth look at drying and curing times of coatings and differences in definitions and use between various industry standards and manufacturer’s product data sheets.

This seemingly simple question of “When is a paint dry?” may appear as exciting as watching paint dry, but in fact shows some complications that can arise with definitions in the coatings industry. These can be introduced with a simple example. The term "high build" as it applies to paint coatings is widely used, but when exactly does a paint become "high build?" Looking at three different sources, we obtain the following definitions for “high build”:

Having three quite different values (i.e., greater than 80, 125 or 100 microns) is a good illustration of the inherent confusion. (For more on this topic, see The Impact of Minimum & Maximum DFT Values on Coating Performance.)

While these differences are unlikely to cause any problems with a coating job, this example shows how terminology can have different meanings in different parts of the world, indeed within standards which should have undergone thorough peer review. In addition there can also be variations in meaning of terms between different paint companies, further confusing the user. This article looks at drying and curing times of coatings and differences in definitions and use between various standards and manufacturer’s product data sheets (PDS).

Coating users should be aware that drying and curing are not the same when it comes to paint coatings, and that there are a number of stages involved in drying and curing from initial application to complete cure. It is imperative that the differences between surface drying and complete curing are clear, otherwise a coating will certainly fail if exposed to its design environment too early. Similarly, a painted item that is transported too early will be subject to damage and require repair if not complete recoating. Overcoating too soon or too late will almost always result in coating failure. The drying and curing stages for a coating system must be clearly defined and understood by applicators, inspectors and specifiers and there must be no ambiguity regarding their meaning. The difficultly arises when trying to define these stages.

Drying and curing of heavy duty coatings will usually involve several physical and chemical changes, such as solvent evaporation, reaction with oxygen or moisture, polymerization or some combination of these. The time to reach a given stage is difficult to measure and considerably influenced by environmental factors such as temperature and humidity as well as film thickness. The stages are often not defined according to the physical or chemical changes, but whether they meet some standard test.

The early stages of drying are important in laboratory testing, but less important for protective coatings in a paint shop or the field. However, the earliest stages of drying are of interest in that they indicate that the curing process is under way. The most common term for initial drying is touch dry which, according to AS 2310, is defined as “The stage during the drying or curing process when the paint film no longer feels sticky when lightly touched.” This stage may also be termed tack-free or surface dry, although some standards will have slightly differing definitions or tests or both for these terms. International Standard ISO 9117-3 is a test for surface drying where it is defined as the point where small glass spheres (ballotini) can be lightly brushed from the surface of the coating without damaging it. The term dust-free is used in the United States to designate the point in time when dust will no longer adhere to drying paint, which would appear to be a similar stage in the drying process. Print free may be used for air drying paints to designate either the time after which a piece of cloth with a weight on it leaves no marks, or the time when the coating can be pressed with a thumb and leaves no mark. The subtle differences between the terms and degree of drying are of little consequence in the heavy-duty coatings industry. At this stage, the coating is still soft and mobile and cannot be handled without damage.

The first stage of real practical importance is commonly referred to a dry-to-handle, which means the item can be moved to complete coating application and the film thickness can be measured. According to AS/NZS 2310, this is defined as “A state during the drying or curing process when the paint film has hardened sufficiently for the object to be moved carefully without marring the film.” SSPC has a similar definition but crucially avoids the use of the word “carefully.” The implication of this is that, without requiring care during handling, the coating will have reached a slightly greater degree of cure and hardness at the dry-to-handle stage according to the SSPC definition compared to the AS/NZS 2310 definition. These apparently subtle differences can become critical factors in any litigation. Not all paint companies give a dry-to-handle time on their product data sheet. One company uses the term dry-to-walk-on which again would appear to require a greater degree of cure than the AS/NZS 2310 definition, but could be considered much the same for practical purposes. However, another company uses the term hard dry for what appears to be this stage in the drying process. This company defines hard dry as “The condition of the film in which it is dry throughout its thickness. This through drying state is determined by the use of a “mechanical thumb” device which, when applied using a specified gauge, under specified pressure, torsion and time, does not mark or damage the film.” This definition is from ISO 9117-1, and SSPC and ASTM have similar definitions for hard dry. Traditionally, painters have tested for hard dry by twisting their impressed thumb on the painted surface and noting any damage. The laboratory test apparatus mentioned reproduces this action. The thumb test, however, is still a useful guide and used in the workshop and field. Hard dry is usually taken to mean the item can be moved or turned, although this is not stated in the definition and it may not be clear to an applicator. AS/NZS 2310 defines hard dry as “The stage reached during a drying or curing process when a paint film has sufficient strength to withstand mechanical damage” and notes that through dry has the same definition. So, although different terms are used, the times given for dry-to-handle, hard dry, dry-to-walk-on and through dry in the various companies data sheets can be considered as a roughly equivalent point in the curing cycle. However, using different terms for the same stage could be confusing to the applicator. (Further reading can be found in the article Ambiguities in Determining if 'Specified DFT' has been Achieved.)

The next stage is the overcoating interval or minimum and maximum time-to-recoat and most companies use one of these terms. The AS/NZS 2310 definition is “The stage during the drying or curing process when the next coat can be applied without deleterious effects.” Other standards and glossaries will give similar definitions and there is unlikely to be any argument as to its meaning. However, a problem does arise when recoating with the same product. Building up thickness of a coating that is under thickness can usually be carried out earlier than overcoating with a different generic type. Most data sheets do not acknowledge this, unless the coating is designed as a single coat system. Use of the term recoating interval for applying the same coating, and topcoating interval for a different coating would avoid this, but these distinctions have not been adopted. This situation indicates that more work is needed on tightening up definitions in the relevant standards.

A coated item should not be subject to its environment until the coating is completely cured, often referred to as full cure although interestingly, standards such as AS/NZS 2310 do not define this time interval. Strictly speaking, this term is incorrect because some coatings will continue to polymerize for days, weeks or even longer after application, even though they will not be damaged by the environment. What the term represents is the point at which the coating is fully hardened, cohesive and can be subjected to its design environment. It can also be subject to holiday testing, if required, although practically this is usually carried out before the maximum time-to-recoat to ensure repairs adhere. (Learn more about holidays in Coating Holidays & Pinholes: Chinks in the Armor.) Full cure can be more correctly referred to as cured for service or return to service; terms used by some paint companies. Not all companies give such a figure, perhaps because this time is almost impossible to determine using any general field test. Ideally, a cure/hardness test, such as MEK rub or Barcol hardness and an acceptable pass level should be provided as an indicator of acceptable level of cure where this is critical.

Other special curing requirements can be valuable but rarely provided. For example, inorganic zinc silicates (IZS) can resist a shower of rain well before they are dried to recoat or even handle. For example, AS 3750.15 requires solvent-borne IZS and high ratio waterborne IZS to reach water insolubility within 1 hour, and ordinary water-borne within 3 hours. However, no products available in Australia or New Zealand provide such information on their data sheet.

Table 1 provides a summary of the terms used in paint drying and curing, and the importance of the term. Users of protective coatings not only need to be aware of the meanings of the common terms, but the alternate terms used within the industry. Table 1. Terms used in the paint and coating industry.

Note: This article is extracted from a paper presented at the ACA Conference in November 2016 in Auckland, New Zealand]

This article was provided from the Australasian Corrosion Association from their publication Corrosion & Materials. 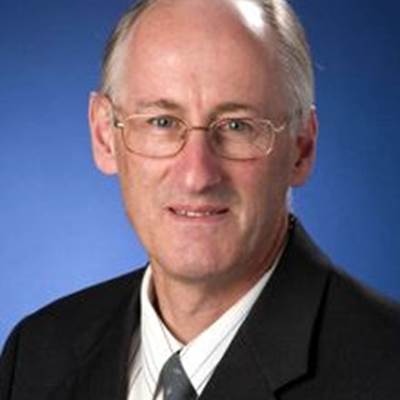