Regardless of the use, a layer of paint or coating will protect the surface and will also provide color, gloss and other desirable properties.

The following is an abridged version of Chrissy Stewart's and Cheryl Robert's Composition of a Paint Coating article featured in ASM Handbook, Volume 5B: Protective Organic Coatings. This handbook is comprised of 480 pages and divided into five sections, which offer introductory material, an in-depth presentation of specific coating materials, practical information on surface preparation and coating application, coverage of coating use by various industries, and a detailed discussion of coating analysis and evaluation methods. Volume 5B authors provided the latest information on the many industry standards that must be adhered to in the preparation, application and testing of protective coatings.

For the full, in-depth article along with the rest of the authoritative, reliable sources of information, visit the webpage here.

The terms "paints" and "coatings" are often used interchangeably. However, for the most part, paints are considered to be used primarily for aesthetics, while coatings are used principally to prevent substrate deterioration or for corrosion protection. Industrial coatings are most commonly used for the protection of corrosion of a metal substrate in structures such as bridges, pipelines or exterior metal tank surfaces.

Regardless of the use, a layer of paint or coating will protect the surface and will also provide color, gloss and other estate properties. In this article, the word "coatings" is used, although substituting the word "paints" for "coatings" is not incorrect. A coating can be defined as a substance spread over a surface to provide protection or to serve decorative purposes. This overview focuses on paint coatings—particularly industrial coatings, which are designed for protective properties rather than for aesthetic qualities. In many industries, including the plastics industry, the term "pigment" is used to identify a substance that is a colorant. In the coatings industry, the definition is much broader. While it is true that pigments often improve the appearance of coatings, they also serve many other functions in coatings. For example, some pigments improve the physical properties of the film, such as its strength, permeability to moisture and impact resistance, whereas other pigments protect the substrate from corrosion, fire or mold. (The use of coatings for corrosion prevention is discussed in Anti-Corrosion Coatings for Different Service Exposures.)

No matter what their function is, most pigments used in the coatings industry are finely divided solids that are insoluble in the other coating ingredients. Thus, most pigments do not dissolve in the resin or the solvent and instead are suspended in them. Coatings typically do use not a single pigment but rather a blend of pigments to achieve the balance of aesthetic, physical and protective properties.

The resin system cohesively binds the pigmentation and other components together and adhesively binds the coating to the underlying substrate or coating layer. This is what allows the coating to form a solid/hard to semi-hard (depending on the resin) plastic-like film. The choice of resin system has a substantial impact on the performance of a coating. This is the reason that a coating often is identified generically by the type of resin it contains.

The resin component of a coating is a polymer, which is formed by the covalent bonding of many smaller molecules, linking them together into a chain. The components of the chain, which are called monomers, may be all the same chemical or a mix of chemicals. The composition of a polymer is chosen so that the resin has the properties desired.

Various types of additives are used to improve the consistency, flowout, surface wetting, color, ultraviolet light (e.g. sunlight) resistance and flexibility, and to prevent settling in the can (suspending agents). For example, polyurethane coatings are formulated with hindered-amine light stabilizers to help preserve gloss and color on exposure to sunlight, and plasticizers are formulated into hard or brittle coatings, such as vinyls, to provide film flexibility.

The solvent is the volatile component of the vehicle and may include water or organic liquids such as methyl ethyl ketone or mineral spirits. Although the solvent is part of the wet film during application, it is not intended to be part of the dry film once the coating dries or cures. It is uncommon for a coating to be formulated with one type of solvent; typically, a blend of solvents is used, with each type of solvent in the blend performing a different function.

A problem with many of the organic solvents used in coating formulations, or added as thinners in the field, is that after evaporating from the coating film into the air, they can react with nitrogen oxides and carbon monoxide in the presence of sunlight to produce ozone, a component of smog. These are also known as volatile organic compounds (VOCs).

The VOC content of a coating is typically expressed in pounds per gallon or grams per liter and is reported on the coating manufacturer’s product data sheet. Many manufacturers also report the VOC content after addition of thinner. When a structure is being painted in the field, the VOC limit is typically dictated by the project specification or the local air pollution agency.

Lacquers
Thermoplastic resins used in coatings include polyvinyl chloride, polystyrene, poly(methyl methacrylate) and polystyrene-butadiene copolymer. They are generally one-pack systems (all components of the coating are packaged in one container) that are fast-drying and low solids. A coating containing a thermoplastic binder dissolved in organic solvent is called a lacquer. Once a lacquer is applied, the thermoplastic film hardens as the solvent evaporates. The polymer chains may entangle, but no chemical reaction occurs as the film is formed.

Chemically Converting Coating
Lacquers are not used as often today because of regulations restricting the use of VOCs. The binder of lacquers is dissolved in organic solvents, and many of the solvents used are considered VOCs. Instead, two-pack systems (in which coating components are packaged into containers to be mixed together at the time of application) of chemically converting coatings with high solids content are used. Each pack contains a solution of small polymers.

When the packs are mixed together at ambient temperatures, the small polymers begin to combine to form polymers of high molecular weight. When the mixed coating is applied, the molecules still have not reacted to a point that the viscosity is excessive, even though the solids content of the mixture is high. Because the components contain a high percentage of solids, the percentage of solvent they contain is low; thus, the VOC content is low.

Alkyds and Other Resins that Cure by Oxidation
The film-formation mechanism of alkyds and other coatings that contain drying oils is initiated by oxygen in the air. After the film is applied, the alkyd molecules in the resin cross link through a chemical reaction involving the unsaturated (double) bonds of the oil and oxygen. Drying oils, such as linseed oil and fish oil, typically contain a fatty acid with three or more sets of double bonds.

Alkyds are essentially polyesters reacted or modified with drying oils. Other resins that are sometimes modified with drying oils include epoxy esters, urethanes and phenolic. The properties of the coating are highly dependent on the type and amount of the oil modification. The curing process never stops as long as the coating is exposed to oxygen. As a result, many alkyd systems become brittle over time. (Learn more about alkyd resins in the article An Overview of Alkyd Resins.)

Moisture-Curing Polyurethanes and Inorganic Zinc Primers
Only a few industrial coatings require moisture to cure. These include moisture-curing polyurethanes and ethyl-silicate-type inorganic zinc-rich primers. The curing reaction in each of these systems involves hydrolysis, or the cleavage of chemical bonds with water. As a result of the hydrolysis reaction, moisture-curing urethanes release carbon dioxide (CO2), and inorganic zinc-rich primers release ethyl alcohol.

Powder Coatings
Powder coatings can contain either thermoplastic or thermoset resins. The powder can be applied by electrostatic spray or by passing the preheated pieces through a fluidized bed of the powder suspended in air. After the powder is applied, the coated pieces are baked. If the resin is a thermoplastic, the particles melt together to form a film. If the resin is a thermoset, the particles chemically react to form cross links. Resins commonly applied as powder coatings include vinyls, epoxies and polyesters. (For more about powder coatings see The 5 Advantages of Powder Coatings.)

Coatings can, in many cases, be combined to create a coating system. A coating system includes both the surface preparation and the application of one or more coating layers. If multiple coats of the same product are specified, contrasting colors are sometimes employed to assist the applicator in ensuring coverage.

Coating systems usually consist of a primer and a top coat. In many instances, an intermediate coat is also specified. When multiple coatings are used to create a system, they must be compatible with one another. Also, each coating layer has a function that is performed at a given thickness. Accordingly, one cannot make up for an inadequate zinc-rich primer thickness by adding extra thickness to an epoxy intermediate coat. Each layer should be applied at the optimum thickness (neither too thick nor too thin) and verified for proper thickness prior to the application of subsequent layers.

***
For the full, in-depth article along with the rest of the authoritative, reliable sources of information, visit the Handbook 5B webpage here. 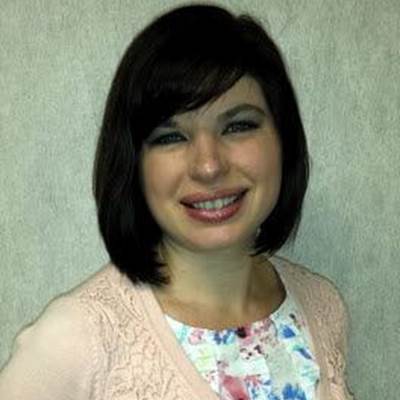 Chrissy Stewart is a senior chemist with KTA-Tator, Inc. Employed with KTA since 2006, she is heavily involved in coating failure investigation and comparative coating testing services. Stewart has achieved SSPC Protective Coating Specialist (PCS) certification, is a voting member of ASTM and a past president of the Pittsburgh Society for Coatings Technology (PSCT) where she currently serves on the Board of Directors. She holds a Bachelor of Science degree in chemistry from Mercyhurst University, has had several articles published in JPCL and was featured in JPCL’s 2015 annual bonus edition, "Coatings Professionals: The Next Generation.”
Read Chrissy Stewart’s bio