Polyurethane and polyurea coatings represent an excellent option for many applications; however, the curing time characteristics and the versatility of the application process are important considerations when considering each type.

Several methods are used to protect metallic components from corrosion due to severe environmental conditions, such as the effects of high humidity, seawater, high temperature and chemical attacks, among others. Within these methods it is very common to use coating systems. This article provides a basic overview of the relevant differences between two protective coating products: polyurea and polyurethane.

The Chemistry of Polyurethanes and Polyureas

Polyurethanes and polyureas are polymers frequently used to manufacture protective coatings and linings. Both are based on a two-component system, and the curing mechanisms is by co-reaction, where isocyanate is a common component, and the second component is a polyether polyamine for polyureas, while polyether polyol is for polyurethane (see Figure 1). It is also possible to make so-called hybrid systems, in which the isocyanate is reacted with a mixture of hydroxyl and amino groups. 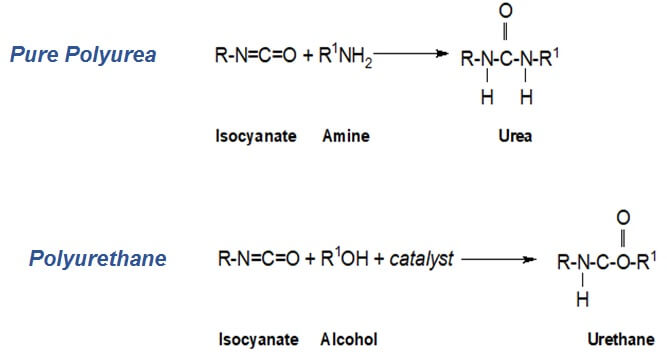 Polyurethanes can be synthesized during the polyaddition reaction by using suitable catalyst systems to increase the reaction time of the components. The catalysts can be defined into two broad categories: amine compounds and metal complexes. The choice of catalyst controls the selectivity of the targeted isocyanate reactions.

Polyurethane can be of two major types: aromatic and aliphatic, with some differences between them. (For a case study in the use of a aliphatic polyurethane coating, read Using Modern Coatings to Restore Historical New York Landmarks.) The polyurethane reaction is sensitive to low temperatures and moisture due to the addition of catalysts. The polyurethane system is susceptible to blistering when the humidity is greater than 5%, due to the competition between hydroxyl-polyol and water for the reaction with an isocyanate group.

On the other hand, polyurea can be produced in high moisture conditions because they do not require a catalyst. Therefore, the environment can be almost saturated with water without causing blistering, which is a great advantage.

However, that does not mean they can be applied over a wet substrate. The polyurea will react over the water, but the applied system will not bond to the substrate in that area. The ambient temperature and substrate temperature may have little effect on the reaction and cure of a polyurea system as compared to the other. This was noticed in one study where samples of steel, concrete and asphalt coated with a polyurea elastomer in the presence of a stream of liquid nitrogen (-196°C) sprayed for 30 seconds showed no damage.

Polyurea coatings have a very short initial cure time and therefore may be used in an aggressive environment, where high curing speed is required (e.g., an oil pipeline). Some polyureas are fast air-drying (less than 30 minutes, even less than 10 seconds for some cases for pure polyurea).

Polyurethanes are available with a variety of curing times, from less than one minute to several hours.

In general, all the polyureas (aromatic) systems are expected to have some loss of gloss, some chalking and discoloration due to ultraviolet (UV) exposure; however, this does not affect its quality and performance. The use of UV stabilizers and antioxidants will not prevent coating discoloration and fading over time when used in light colors for exterior exposure.

Polyurea and polyurethane systems show similar resistance properties to chemical products, because both have the same polyether backbone in the elastomer. New technologies of polyurea systems have different polymer backbones in the chain. These can be ester, epoxy, silicone or a combination of proprietary modifications to the polymer chain. In general, the polyurea systems are resistant to acetone, gasoline, methyl tert-butyl ether (MTBE), sulfuric acid, and caustic at low concentrations (5%). See Table 1. 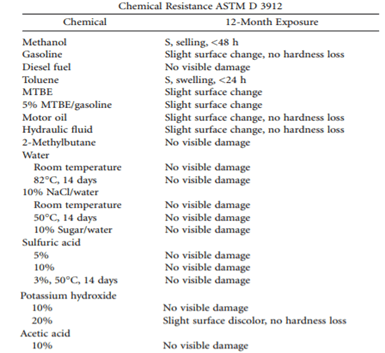 The chemical resistances for polyurethane are listed below in Table 2, and should always be checked with manufacturing data. 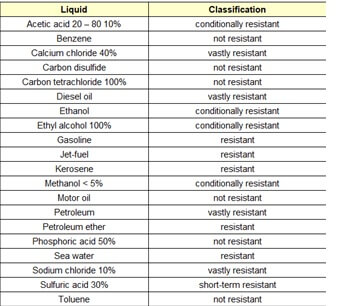 The Society for Protective Coatings (SSPC) provides guidance about methods for applying polyurethane and polyurea coatings:

In general, polyurethanes are applied by using standard spray, brush and/or rollers.

Many polyureas require an epoxy primer, as their adhesion to steel may not be enough for heavy duty service. They are commonly applied with special equipment, such as plural component spraying with a mixing head in the spray gun due to it’s very short cure time. However, all guidance that is provided by the manufacturer regarding the mixing of multi-component products, thinning requirements, induction times and special application requirements should be followed.

Aromatic polyurethane coatings are suitable for a wide range of floors with various levels of mechanical and chemical exposure. They are also suitable for concrete, plywood, metal, wood and masonry surfaces. Application can be extended in some cases by using a waterproof membrane. This coating type can be applied in thick film for immersion service; some formulations allow up to 500 microns (20 mils) or more per coat for industrial and marine applications.

Polyureas coatings are a high-performance product designed especially for industrial applications where high abrasion, chemical resistance and corrosion resistance is a priority. For waterproofing and protecting purposes they can be applied on material like concrete, metal, wood, ceramic and others. (To learn more about polyurea coatings, read The History and Industry Adoption of Polyurea Coating Systems.)

Distinct raw compounds in the chemical reaction and the use of a catalyst to speed-up the reaction time generate marked differences in the sensitivity of the reaction as well as the environmental conditions during application and the cure time of the products. There are other physical and chemical characteristics that denote different properties and applications.

Polyurethane and polyurea coatings represent an excellent option for many applications. However, the curing time characteristics and the versatility of the application process under extreme environmental conditions makes polyurea coatings the most cost-effective system despite its raw material cost, which is higher than most other systems including polyurethane. 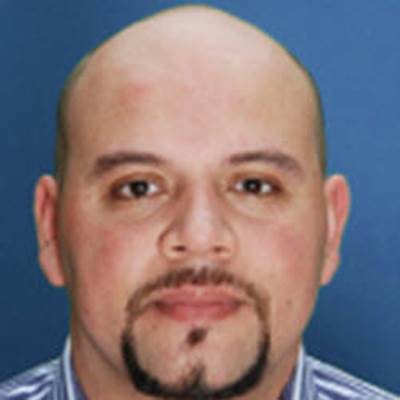 Francisco Servigna has 15 years of experience in the Venezuelan National Oil Company as a process and corrosion engineer.

Writing Safety Into Your Coating Specification