An understanding of quality control during the coating application process and the minimum and maximum dry film thickness (DFT) values improves the odds of success when painting ships.

For best results, it’s necessary to assess and control a myriad of painting process variables, including assignable causes and random variations, which affect the dry film thickness (DFT) on the finished surface. This article begins with a discussion of quality control, and examines the results of tests on navy and commercial ships.

Accuracy in all processes is critical in shipbuilding. It has been said that:

“The successful application of accuracy control techniques to shipbuilding is quite fundamental to achieving high levels of productivity.”

We are all aware that perfection is not possible, especially when it comes to applying coatings on board ships. This is a result of many factors that create an inherent variability in the process, making it difficult to control. (C Jefferson, R Kattan. Accuracy Control Training Manuals, British Shipbuilders 1987)

The variability of any process comprises two elements:

Examples of these for coatings application work may be:

The key element of the control chart is the setting of upper and lower tolerance limits and a mean value (normally the specified or target value).

The ideal situation is where coating specification limits or tolerances are set outside the capability limits. If this is the case, the process can be said to be capable of undertaking the work to tolerance.

If, however, the specification limits were inside the upper and lower capability limits, then the process would not be capable of carrying out all work to within the required tolerance. (For more on setting limits, see Tightrope: Identifying Limiting Conditions for Coatings Specification.)

It is normal in most processes for the tolerance limits to be set around a mean value, e.g. a typical value may be 150 µm ± 50 µm. (For more about quality control, see Increasing Coating Performance through Application Process Control.)

The practical impact of the minimum and maximum dry film thickness (DFT) values needs to be understood. First of all, a number of samples of coating inspections have been taken to get a general understanding of what is practically achievable.

Control of DFT is dependent on many factors such as:

Performance is likely best on a flat surface, while more complex surfaces will tend to increase the range. The size of the area to be coated will also have an influence.

Data presented by Francis 2013 indicated that for small areas, the set of readings on a nominal DFT of 85 µm for a single coat of inorganic zinc silicate would give a range of 240 µm, with a minimum of about 20 µm and maximum of about 260 µm.

A larger area work, carried out on the underwater hulls of U.S. Navy carriers (Whitiker, Wimmer and Bohlander, as reported by Francis R A), gave the following results:

An assessment of the U.S. Navy figures cannot be made without knowing the specification for the system that was applied (e.g., how many coats of paint). Also, these coating projects were in a refit scenario, rather than a new-build scenario.

Figures from Safinah case studies for the outer hull of a new build commercial ship for the same ratio gave a mean of 0.18 for the ratio of standard deviation to the mean (also known as the coefficient of variation):

Thus, even on the relatively uncomplicated area of the underwater hull, there is considerable range of achieved quality of the application, with the ratio of standard deviation to the mean ranging from a relatively good 0.11 to a relatively poor 0.44 for the U.S. Navy.

In simple terms, the closer the standard deviation value is to the mean value (the higher the ratio), the greater the spread of the curve. Hence, the more likely you will get over or under application, because the process is not well controlled for a number of reasons such as:

This would indicate that a process that isn’t well controlled results in excessive over-application of coatings, which can penalize a yard in a number of ways:

In more complex areas, Safinah research has shown these results for cargo holds gave a mean of 0.19 for the ratio of standard deviation to the mean:

Thus, the more steps in a process (i.e., the more coats of paint in the scheme), the greater the variability that should be expected, irrespective of the complexity of the surface to be coated.

The following results for ballast tanks, which are also generally two-coat schemes over more complex areas, should therefore offer a better comparison to the cargo holds.

These figures give a mean of 0.26 for the ratio of standard deviation to the mean:

Thus for ballast tanks, despite having only two coats of paint, both the standard deviation and the ratio are considerably higher as a result.

This would imply that design complexity has a much greater influence on the variability of the coating process than the number of coats.

This would also imply that to maximize the probability of a good coating application, both the design complexity and the number of coats should be minimized. It would also imply that simplification of design would offer the greater benefits. (More information about ship design can be found in Engineering Ships for Better Coating Performance.)

Figure 1. Watch a ship being painted.

In practice, the problem is aggravated further because not all the coating work in one location will be carried out by the same team. In fact, there may be more than one team working on each area and the skill/ability and equipment, as well as local conditions, may vary considerably.

Of course, the figures are also likely to change for different ship sizes, with smaller vessels providing more complex or tighter structures. (A discussion of other factors can be found in Ambiguities in Determining if 'Specified DFT' has been Achieved.)

The authors suggest that perhaps the OECD Council's compensated gross tonnage coefficients system could be considered for use to establish the complexity of different ship types and sizes.

Impact on a Coating Scheme

Consider a specification of 2 x 160 µm as required by the IMO Performance Standards for Protective Coatings and as shown on most paint supplier data sheets. In this case, the value on the technical data sheet (TDS) is not the “nominal value”, which the authors have interpreted as a target value or the mean/average.

Good practice from paint company guidelines would mean that the maximum DFT applied should be two times the specified DFT for each coat and for the total scheme. These would give a maximum scheme of 2 x 320 µm.

The mean that is likely to be achieved will itself exceed the recommended guideline of most paint suppliers, which is set at x2 the specified DFT (640 µm in this case) and also surpasses the x3 value in ISO 12904.

To achieve the required specification:

Here then, the standard deviation would have to be 58.7 µm or about 36% of that being achieved in the field based on the Safinah data.

The problem of a high achieved DFT is compounded even further if, during the inspection, areas of low DFT are identified (e.g. an area of 250 µm). If it is then touched up by airless spray, it will not be bought up to 288 µm or 320 µm, but more likely by an additional 160 µm to 410 µm, thus compounding the over-application problem.

If the coating is applied by brush, an additional 80 µm could be added. Therefore, any application of “build” coats to achieve the minimum DFT is likely to increase the mean DFT and push the scheme further out of the recommended guidelines provided.

In practice, however, the applied DFT data does not result in a normal distribution but a skewed distribution.

An actual set of data from a ballast tank is presented below. This WBT coating was specified according to IMO PSPC and thus should have a nominal DFT of 320 µm. What the analysis of the data revealed was:

Figure 2. Breakdown of readings in bands of microns.

Given that the recommended practice would give a maximum of 640 µm, then 193 (34%) of the readings taken exceeded the maximum, while very few readings were below the minimum—this despite the mean and the mode being below the 640 µm maximum.

As soon as a minimum rule is introduced, then the mean DFT achieved will end up being considerably higher than the specified DFT. This, combined with a complex space, results in the mean DFT being close to or greater than the x2 DFT maximum provided in paint company guidelines.

With more than 45 years’ experience in the corrosion, protective coatings and electronic inspection technology fields, John Fletcher serves as technical support manager at Elcometer Ltd. in Manchester, England. He is the current president of the Institute of Corrosion (iCorr), and chairman of ASTM International Committee D01 on Paint and Related Coatings, Materials and Applications. As a top international expert in paint testing and inspection methods, Fletcher also leads Subcommittee D01.23 on Physical Properties of Applied Paint Film. 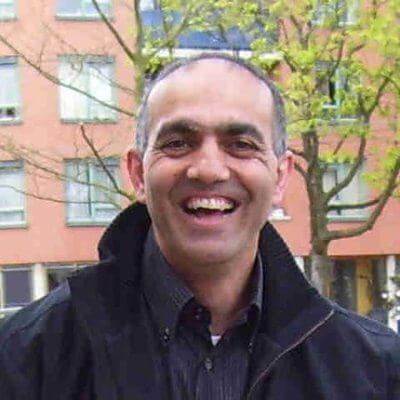