In harsh salt or chemical environments, bolting systems are often the first to corrode. Here we look at what mechanisms cause this rapid deterioration and how operators can protect bolted piping and flanges, and lengthen the service life of coatings.

The fate of a complex steel assembly may be determined by the vulnerability of its smallest and least considered components. The bolts or fasteners holding the assembly together are often the areas where corrosion starts first, and where the effects of corrosion may have the most serious consequences.

Although the use of alloy bolts would make a big difference, the vast majority of bolts used in the offshore industry and elsewhere are carbon steel. With some bolts failing in as little as six months and the design lifetimes of industrial infrastructure being regularly exceeded, a remedy is required that can improve on the often short-lived results achieved using standard coating systems. (See High Pressure Fastener Coating Practices Under Fire: Ian MacMoy Speaks Out for more information.)

Bolt Corrosion Mechanisms: Why do bolts rust so easily?

If we look closely at steel bolted systems, we find large components assembled and secured using relatively small nuts and bolts. Such assemblies are found on pipelines, machinery and other infrastructures in every corner of the globe. Wherever they are found—in the joins and most particularly in the bolts—is where the greatest corrosion effects are to be found.

Differences in corrosion potential, relative size, mixed materials, damage to coatings during assembly, and crevices formed between components are all well-understood factors affecting bolt corrosion, but these are often ignored in practice.

Figure 1 is an example of how the design and construction of an assembly can create unnecessary problems. The photo shows a section of pipework constructed from a combination of low-alloy and high-alloy steels, with a low-alloy steel flange connected to a high-alloy flange using low-alloy bolts and nuts—all supported by pieces of welded angle iron. (Learn about one potential solution in the article Case Study: Large-scale Installation of Encapsulating Technology for Flange Protection.) Corrosion in the low-alloy flange is apparent where coating damage has occurred, but most significant is the level of corrosion in the bolts. Here we have two key factors operating:

The bolts are of low-alloy steel with a corrosion potential of around 0.85. The flange is high-alloy with a corrosion potential of around 0.5—a difference of 0.35, well outside acceptable differences. In addition, the bolts and nuts are small relative to the structure to which they are joined, exacerbating the corrosion effect. In some environments, such bolts may show significant corrosion within weeks of installation, as they are affected in the same way as the sacrificial anodes in a cathodic protection (CP) system. Figure 2. The corrosion process in bolts can cause them to act as sacrificial anodes.

In nuts and bolts, assembly can cause damage and penetration of the coating, which can lead to corrosion. Figure 1 shows a nut after only 18 months in the splash zone, its polytetrafluoroethylene (PTFE) and zinc plating failing within six weeks of exposure.

In a salt-spray test, a zinc/nickel coating would be expected to last at least 1,000 hours before "red rust" occurs. An accelerated weathering test such as this is designed to demonstrate the potential longevity of a coating system on the basis that test conditions are extreme. For example, if it could last 1,000 hours in a salt-spray cabinet, then the lifetime of the coating should be 10 years under normal conditions.

However, 1,000 hours is only six weeks. In the real world, the bolts shown in Figure 1 have been exposed to constant salt-spray conditions for 18 months, within a structure design life of 20 years.

Crevice corrosion under washers and bolt heads, and disbonded coatings on the threads, also play a role in the litany of problems affecting bolted systems.

In a report on bolt failures as part of a testing program by Det Norske Veritas (DNV), it was shown that washers are more likely to fail than any other component in a bolted system. It is easy to see why this might be true, because washers are the smallest component, trapped in a crevice, subjected to turning forces from both sides, and rarely treated with any care.

What remedies are available? Essentially, three standard remedies exist for corrosion occurring in a bolted assembly:

Corrosion-inhibiting sprayable thermoplastics (CIST) technologies provide a new approach to corrosion control in bolted systems, treating the entire system rather than focusing on any particular part. The system works by excluding corrosion factors such as oxygen and water through an encapsulating barrier coating. It also provides active corrosion protection through the slow release of corrosion-inhibiting oils over the lifetime of the system.

Spray-applied CIST is a zero-VOC (volatile organic compounds) reusable thermoplastic material that can be sprayed onto any substrate size or shape. The system employs a dedicated heating and pumping unit to melt and spray the material, yielding a snug-fitting coating of material that encapsulates the substrate, following every contour. The main functions of the system include the exclusion of electrolyte (water) and oxygen, and the surface coating of inhibiting oil. By providing a vector for a film of oil to every surface within the encapsulation, CIST both prevents new corrosion and arrests existing corrosion. Very little surface preparation is required, even on rusty surfaces. Only the removal of loose materials, such as flaking rust and paint, is required. Field Testing in the North Sea

CIST has been successfully applied since 2003 in the North Sea for protection of prematurely rusting bolts. Severe corrosion was experienced in systems that had been expected to last many years using PTFE-coated, zinc-plated, low-alloy bolts. Bolt replacement was the only obvious remedy. Realizing that this would be both disruptive and expensive, the operators sought alternatives. CIST was selected due to its ability to arrest and prevent corrosion with minimal intervention and surface preparation requirements.

A regular program of removal and inspection was implemented with impressive results such as the example in Figure 5, where a mixed metal substrate is shown to have no corrosion after seven years of exposure (in contrast to the similar substrate illustrated in Figure 1). The seven-year results on inspection included:

These operators continue to use CIST across the platform and have not needed to replace any bolts for corrosion failure since the application of CIST.

As a major operator of gas transport pipelines, the UK National Grid needed evidence of CIST performance before recommending its use. Accordingly, in 2005, a series of applications were completed for long-term testing purposes. Removal of CIST and inspections were completed in 2006, 2007, 2009 and finally in 2010 after five years. The five-year results on inspection included:

Following testing, a preliminary CIST installation on the Bacton interconnector site was completed in 2011, and CIST is now in use on National Grid substations at various sites in the UK, protecting gas-insulated switchgear for the National Grid and other utility companies.

A number of tests have been completed to establish the satisfactory performance of CIST coatings under various conditions, including UV, cryogenic and ignition testing. However, for the purposes of this paper, the focus is on anti-corrosion performance; for this reason, two tests are highlighted here. (For another look at testing, read Lessons Learned from 50 Years of Coatings Testing at SA Water.)

1. Salt Water Deluge Testing: The susceptibility of low-alloy steel assemblies to the corrosion effects of salt water is well documented. In this test, a carbon steel pipe and flange is subject to a constant flow from a 20% saline mixture for five days a week for periods up to six months at 86°F (30°C). The flange is protected with CIST, but the pipe remains unprotected. After six months, the constant cycle of salt water and drying has corroded the unprotected pipe. However, under the CIST system, the substrate remains completely clear of corrosion. The saltwater deluge testing results included:

2. Hot Salt Fog Testing: An international company considering CIST for wellhead protection subjected a small wellhead section to brutal salt fog testing in a hot salt fog chamber. The substrate was coated with CIST and then large sections of the coating were cut away before the test piece was subjected to a 3,000-hour test in the chamber. The results are shown in Figure 7, with bright steel under the CIST and rust everywhere else. Independently observed testing by the original developers of CIST showed zero corrosion after more than 10,000 hours in a hot-salt fog chamber—nearly 14 months. Figure 8 shows the control sample and the protected bolt side by side after the testing. An effective long-term remedy has an important role to play in infrastructure protection and the reduction of risk to personnel and the environment. Early field use of this new technology shows promise in solving some of these challenges. 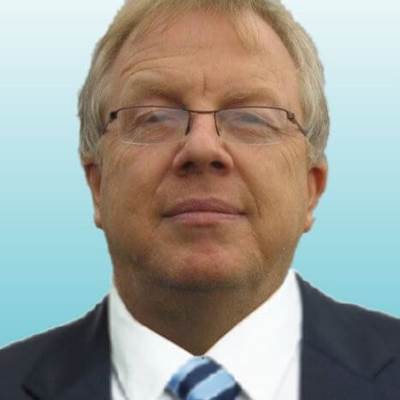 Originally trained as an educator in the UK, Tim Davison worked in the Australian publishing industry before returning to England to set up his own company. Working with a UK-based coatings distributor on technical publications, he eventually became a full-time member of the company’s product development team responsible for all its information and data services.