Transportation is a pivotal sector of the global economy because it fulfills some basic needs of human civilization. The global investments in infrastructure such as railways, roads and airports tend to increase the demand for decorative and corrosion-resistant coatings, corrosion monitoring services and related equipment. On the other hand, projects that are delayed or differred tend to reduce this demand.

Because of growing urbanization and peoples’ desire for faster mass transportation systems, there is increased demand for high-speed rail and metro rail systems in both the developed world and the emerging economies. Rising income levels in emerging economies, and the Asia-Pacific region in particular, are driving demand for high-speed commuting. Europe, North America and the Middle East regions also have rail infrastructure projects on the books due to a steady growth in demand.

China alone invested USD $570 billion in 2019 for rail infrastructure, while it continues ongoing projects for a huge rail network. There are plans to run 5,000 trains per year between European countries and China.

In this article we discuss some major railway infrastructure projects and the implications for the corrosion control industry.

This California high speed rail (HSR) project that began in 2015 will connect San Francisco airport (SFO) to San Diego. It will be a renewable energy based project implemented in two phases. The first phase connects SFO to Los Angeles. In the second phase the system will be extended to San Diego and Sacramento. The project will cost USD $63 billion.

The total phase one rail distance up to San Diego will be 1300 km (800 miles). This project will reduce the travel duration between SFO and Los Angeles to 2 hours 40 minutes for the 610 kilometer journey. The route will have 24 rail stations.

In this latest high speed rail line of 286 kilometers, people will travel from Nagoya to Tokyo in forty minutes at 505 km/h. The project's construction is expected to continue until 2027 at a cost of Japanese Yen 4158 billion or USD $38.13 billion.

In the next phase it will be extended to Osaka. The railway technology is based on magnetic levitation.

Eighty-six percent of this railway line will be underground and involves investment in tunnel construction and appropriate corrosion protection methods. (For more on this topic, read Electric Transportation Systems and Stray Current Corrosion.)

This is a 22 km, USD $2.5 billion metro rail project slated to restart in 2020 for a five year project. It is being funded by a soft loan from a consortium of foreign banks.

Rail Baltica is a joint venture set up to construct a 870 km high-speed (240 km/h) rail network connecting Tallinn, the Estonian capital, to places such as Riga airport in Latvia, the Lithuanian cities of Kaunas and Panevezys and Vilnius, and the capital of Lithuania.

Construction began in 2019 and is expected to be completed in 2026. This is a USD $5.8 billion project of the TEN-T (Trans European Transport Networks), and is set up by the European Union. The rail network will be a catalyst for a new economic corridor in the area, bringing along substantial economic benefits.

This high-speed rail project will connect Versailles to Orly Airport covering a distance of 35 km. The investment equal to USD $4.3 billion is expected to be completed in 2027. The rail line is partly underground (21 km), and partly on an elevated structure (14 km). It is part of the proposed 200 km long Grand Paris Express project.

This second phase envisages construction of three rail lines with a total length of 118.9 km along with 128 rail stations at an estimated cost of USD $6.3 billion. The construction is expected to begin during 2020 and the project will be completed in five years. 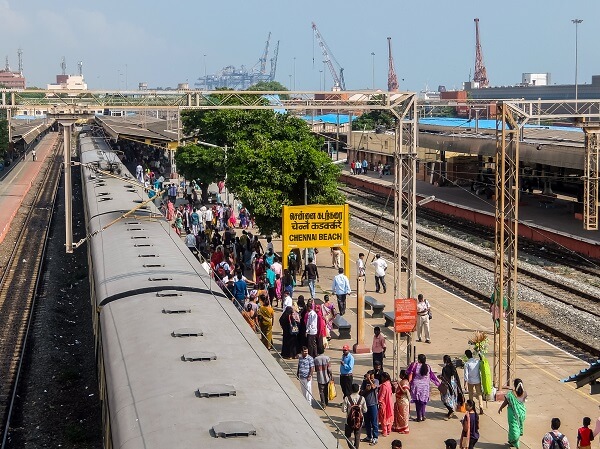 Construction is scheduled to begin in late 2020 for a USD $20 billion rail line between Houston and Dallas that may take six years to complete. This will be the first privately owned and funded high-speed railway project in the world. Once the project is completed, the high-speed trains between Houston and Dallas will cover the 390 km distance in 90 minutes. Texas Central, the company promoting the project, has awarded the construction contract to Salini Impregilo, an Italian construction company.

This Canadian project involves adding 46 km of track with 28 rail stations to an existing 59 km light rail network. Construction work will continue from 2020 through 2026. The project includes important infrastructure construction in the Centre City Tunnel in the initial phase. It is expected that 41 million passengers will travel in this train per year.

This USD $8 billion high-speed railway project is intended to connect Las Vegas and Victor Valley. The project is being funded through a USD $3.2 billion bond package from California Infrastructure & Economic Bank. Construction is likely to commence in 2020 and completion is planned for 2023. Extension of this line to Los Angeles is also being considered.

This is an important, USD $13.5 billion, 24 km part of the first underground metro railway line. The planned construction activity is scheduled to commence in 2020, with completion in ten years while generating 10,000 jobs. Scope of work includes 50 km of tunnels, which will finally reduce travel time between Sydney CBD and Parramatta to 20 minutes. 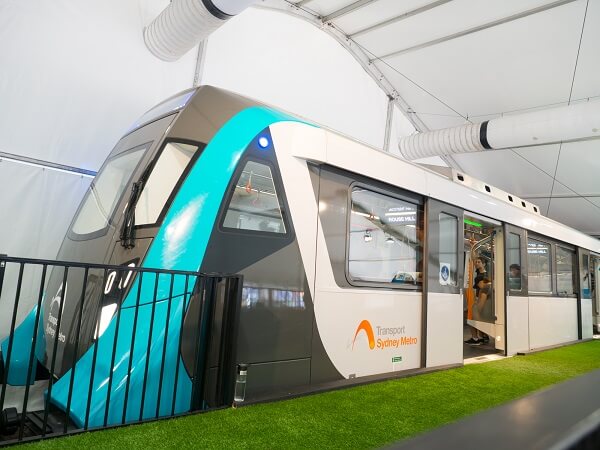 The Mumbai – Ahmedabad high-speed rail project was launched in 2017 with a cost around USD $15 billion, and involves the construction of a 508 km high-speed rail track on which trains will run at a maximum speed of 320 km/h. This popular “bullet train” plan uses Japan’s Shinkansen technology.

The Yukun high-speed rail is a 698 km project connecting Kunming with Chongqing, at an estimated cost of USD $19.7 billion (approximately 141 billion Yuan). The trains will run at a maximum speed of 350 km/h and the route will have 18 rail stations. The rail line is part of a network in the Yangtze River Economic Belt, connecting many medium-sized and larger cities.

The Hubei high-speed rail is one of several major Chinese rail projects, planned to connect Shiyan with Xi’an, covering a distance of 253 km. It is estimated to cost 58 billion Yuan (approximately USD $8.35 billion) and will take 54 months to complete. The route will have 7 rail stations. This is part of 3,200 km of high-speed train networks planned in China, at an investment of USD $125 billion. The increase in rail and other infrastructure projects is unfortunately coinciding with an economic slowdown as well as the Covid-19 pandemic; therefore the additional funding works as a stimulus package for economic recovery.

Impact of Railway Infrastructure Projects on the Coatings Market

Today's railway coatings are required to improve the train's ambiance with bright colors and smooth textures for passenger comfort as well as provide anti-corrosive performance to the rail systems.

According to one study, acrylic resin-based coatings (both solvent-based and waterborne dispersion forms) that are extensively used on internal and external metallic surfaces in locomotives and rail coaches will dominate the market. (The advantages of waterborne coatings are examined in Waterborne Coatings: Environmental and Health Regulations Meet Coatings Technology.)

The advantages of acrylic products include their resistance to UV radiation and glossy appearance, color retention and good adhesion to metals. Acrylic coatings are selected for use on internal and external surfaces of locomotives, passenger rail cars, wagons and rail parts.

Innovative and proprietary zinc-based rail coating products are being developed and offered by manufacturers to meet the stringent requirements of coated rails, especially for operations in aggressive surroundings such as coastal environments with moist and salty conditions and in the Middle East, where salty sand can come into contact with the rails. In addition to fertilizer factories and other infrastructure projects, railways will be a key driver of zinc demand in India.

Railway infrastructure is one of the drivers of growth in the corrosion control market because rail base corrosion and stray current corrosion are some of the major causes of rail system breakdowns. As a result, there will be increasing demand for regular inspection and corrosion monitoring and control services. (New infrastructure projects try to prevent corrosion in the first place. Read How to Control Corrosion by Improving Design for more information.)

The corrosion monitoring system market is growing at a CAGR of 7.8%, from USD $242.4 million to a projected $410.3 million in 2027. This demand is due to maintenance requirements and assets bought for new projects.

Demand for new railroad infrastructure is increasing due to a growth in urbanization and the passengers' desire to reduce travel time. Recently initiated and new construction projects will impact thousands of kilometers of rail infrastructure development. As a result, the railroad coatings market is expected to grow at a compound annual growth rate (CAGR) of 4.5% until at least 2025. Similar increases in demand for corrosion monitoring and corrosion control services are also expected.