Discover the types and sources of electrical interference that accelerate corrosion in buried metallic structures such as pipelines, tanks and vessels.

Corrosion is a naturally occurring phenomenon commonly defined as the deterioration of a substance (usually a metal) or its properties because of a reaction with its environment. Electrical interference is one of the threats that accelerate corrosion in buried metallic structures. This article examines the definition, nature, type and sources of electrical interference.

DC interference is due to the passage of a direct current in a metallic structure through electrolytes. These currents are called stray currents and cause the structure-to-electrolyte potential to be more electronegative when current picks-up from the electrolyte to the pipeline, or be less electronegative when current discharges from the pipeline to the electrolyte. At current pick-up locations, over potential may occur, resulting in coating cathodic disbondment, while at current discharge locations where the structure-to-electrolyte potential is less than the cathodic protection criteria, corrosion is accelerated. (For more information, see Stray Current Corrosion and Preventive Measures.)

Pipelines belonging to different owners are commonly buried close to each other or in the same corridor, so a cathodic protection (CP) system for one pipeline will affect the other pipelines and cause DC interference. DC interference occurs due to the presence of a foreign pipeline in a anodic or cathodic voltage gradient of the protected pipeline and so there will be a potential difference between the two pipelines, protected and foreign, which force the current to pick-up or discharge. (Related reading: An Overview of Cathodic Protection Potential Measurement.) In this case, electrical bonding between all pipelines is recommended at current discharge locations to mitigate accelerated corrosion.

Direct current traction systems use their railways as the return path for the DC current where it's connected to the circuit negative. Although the railways are insulated from the earth, a small percentage of the total current leaks and passes through the earth as a negative path. However the leakage current is small with respect to the total current; it represents a few tens of DC current. This current is picked up in buried pipelines that are in close proximity to railways and discharge when the buried pipelines are close to the traction system substation's ground.

In urban areas where pipelines and infrastructure are prevalent, a great deal of current pick-up or discharge occurs between buried structures, which in turn accelerate corrosion and its consequences.

Welding machines that are used in the welding processes of metallic structures may accelerate corrosion in these structures due to the current that returns to its negative through the electrolyte. Therefore, the welded structure should be electrically bonded to the ground electrode of the welding machine.

High-voltage direct current systems operate in bipolar mode (positive and negative circuits with large grounding electrodes). In the case of bipolar mode, currents pass through both of the circuits with no interference. But, if faults exist then the system operates in unipolar mode and takes the earth, through the grounding electrodes, as the other circuit instead of the faulted one. In this case massive DC currents pass through the earth and in turn pass through any nearby metallic structures (even at large distances up to 1 km), causing DC interference.

Pipelines sharing common rights of way with AC transmission and distribution lines affect the electromagnetic field surrounding the power lines in either air or soil. This phenomenon is called AC interference. There are three mechanisms for AC interference: conductive (resistive) coupling, capacitive coupling and inductive coupling. AC interference affects both human safety and the pipeline's integrity.

The corrosion rate is proportional to the current density at a given holiday. Current density is a function of the induced voltage of the pipeline, the soil resistivity and the holiday diameter.

Although AC corrosion is expected at a current density greater than 30 A/m2, it has been found more frequently at small holidays rather than large holidays. (Learn more about holidays in Coating Holidays & Pinholes: Chinks in the Armor.) Therefore, AC corrosion threatens well-coated pipelines more than poorly-coated pipelines. 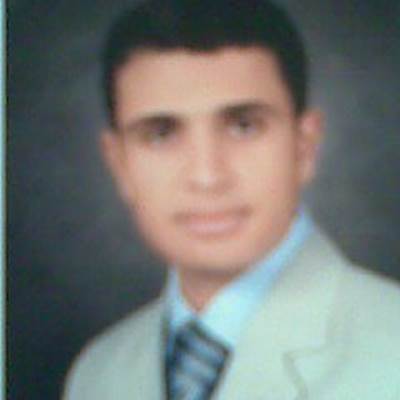 An Introduction to the Alexander Cell