Geodesic dome roofs are metallic structures that are susceptible to some forms of corrosion, but the risk can be mitigated with modern flexible industrial coatings.

Popularized by modern architectural designs, geodesic dome roofs can also be found covering aboveground storage tanks (AST) in the oil & gas, chemical and water treatment industries. These metallic structures are susceptible to some forms of corrosion, but the risk can be mitigated with flexible industrial coatings.

A geodesic dome roof, also known as a geodome, is a thin-shell structure based on a geodesic polyhedron. The elements of the dome are usually triangular shaped and are arranged in a pattern that, when completed, is structurally rigid and able to withstand relatively heavy loads compared to their low weight and size.

Geodesic dome roofs can be found on museums, libraries, art galleries, sports and entertainment facilities and even homes. For industrial and manufacturing purposes, they are placed on top of a variety of containers and vessels, such as process vessels and aboveground storage tanks containing petroleum/fuel products or virtually any liquid or dry bulk chemical product.

These containers and vessels are commonly located at oil refineries, municipal water and wastewater treatment plants, chemical manufacturing plants and fuel storage terminals at truck, railroad and airport facilities. Geodesic domed roofs for the fuel storage industry have been around for over 50 years. 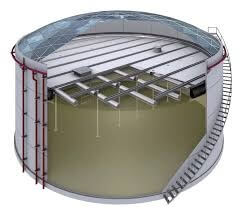 The domes are typically constructed from aluminum, but the container’s construction materials can also be alloy steel, carbon steel, reinforced thermoset plastics or concrete.

Geodesic dome roofs have a high strength to weight ratio and inherent structural integrity thanks to their design characteristics, which distributes the structural stress equally throughout the structure.

The roof’s primary purpose is to cover and protect the contents of the container by preventing rainwater and debris infiltration. Geodesic dome roofs in particular can keep rain off a tank’s external floating roof or allow an internal floating roof design to be used.

They also provide a way to comply with governmental regulations on vapor emissions. The geodesic clear span design not only eliminates the need for interior support beams, but also reduces the number of holes through the structure where vapors could potentially leak. The roof blocks the wind flow to significantly reduce vapor emissions from the tank.

Like any metallic structure, the roofs are susceptible to deformation, deterioration and corrosion. The roofs are usually constructed from aluminum for its corrosion-resistant properties, thus making failure due to uniform corrosion rare because the aluminum forms a passive oxide layer when exposed to the atmosphere. However, the possibility of localized corrosion remains due to stress corrosion cracking (SCC), contact with components (e.g., connectors, joints, attachments) made from dissimilar metals, hydrogen sulfide vapor, and highly alkaline or acidic environments. (For an in-depth discussion of aluminum, see The Corrosion Properties of Aluminum and Its Alloys.)

The roofs contain a large number of triangular panels and joints, which are mechanically sealed with fasteners that may corrode and eventually fail. Furthermore, daily thermal expansions and contractions create gaps between the panels that can allow corrosive gas vapors and hazardous air pollutants to escape. Gaps can allow atmospheric rain and moisture (humidity), airborne chlorides and particulate matter to infiltrate the structure and contaminate the tank’s valuable contents.

Due to the way these tank roofs are constructed, a flexible seal is required between each of the roof panel triangles. Over time this seal cracks and deteriorates. Once the seal is compromised, atmospheric rain can enter the tank and come in contact with the fuel or other material stored inside. Additionally, when dealing with gasoline tanks the domed roofs are designed to control regulated vapors from escaping into the atmosphere. When these roof seals are damaged, asset owners may receive strict fines due the release of gas vapors and incur the economic loss of the product stored within the tank. Leaks also make tanks with interior floating-roof seals more susceptible to damage and corrosion.

While relatively low maintenance, geodesic dome roofs must be regularly inspected for loss of containment, corrosion and deterioration from wind, weather and wildlife damage, and then repaired as needed. Historically there have been two alternatives:

Depending upon the tank’s design and contents, it may be necessary to take the asset out of service during the operation. 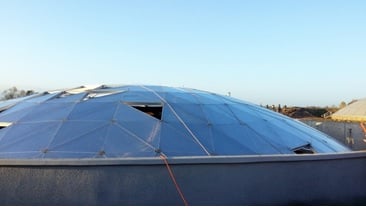 A promising alternative are specialized industrial coatings such as Justrite’s SC-3900, which creates a spray-on flexible seal between the panels.

The procedure consists of cleaning the existing panels and air spraying the coating directly over the seal, covering 4 to 6 inches (10 to 15 cm) on each side of the panel gap (Figure 3). 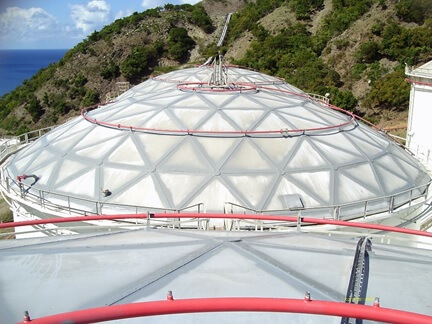 Industrial coatings like Justrite’s SC-3900 have several advantages over the other corrosion protection methods. Application by air spraying is relatively quick because the panels do not need to be removed and the seals do not need to be replaced. SC-3900 has a short cure time, is stronger than any tape on the market and can be used on a variety of substrates including aluminum, steel and concrete. It can even be applied while the tank is in service, therefore eliminating down time for the asset owner.

Due to the nature of the tank’s contents, these industrial coatings must be chemically resistant to fuels, sulfuric acid and leachate water, and the vapors that they emit. SC-3900 also possesses good ultraviolet (UV), abrasion and corrosion resistance.

Because coatings like SC-3900 are flexible when dry, the coating is able to move with the substrate despite temperature and weather fluctuations. By effectively sealing the dome roof, noxious odors and vapor loss are substantially reduced.

Despite their modern appearance, geodesic dome roofs face many of the same risks as other storage tank designs. Fortunately, flexible industrial coatings such as Justrite’s SC-3900 provide corrosion protection more effectively than historical methods, which involve individually removing each roof panel or applying tape that may suffer adhesion failure before the 20-year service life that an industrial coating can provide. 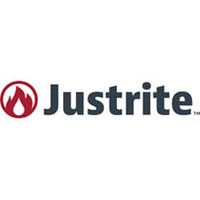 How Insulating Coatings Are Winning Against Corrosion Under Insulation