We recently spoke at length with David Shong about the new ASTM standards regarding metal jacketing for both aluminum and stainless steel that are intended to prevent corrosion under insulation (CUI).

New ASTM standards regarding metal jacketing were released in 2010 and 2016. Here we talk to insulation industry expert David Shong about these standards and what they mean.

How do these “new” ASTM standards attempt to help clear up some confusion in the industry?

New is certainly a relative term when it comes to ASTM standards. These two “new” standards regarding metal jacketing were promulgated in 2010 and 2016 respectively, but very few people have heard of them yet. Nearly every week, I spend time explaining another “newer” ASTM standard regarding corrosion that was actually released in 2005! Believe it or not, for as long as people have been installing metal jacketing over insulation there has never been a standardized material specification for this very important component of nearly every industrial mechanical insulation assembly. These standards will go a long way to clear up confusion as more engineers and owners incorporate them into their proprietary specifications.

How will these new material standards influence insulation system designs?

These new material standards will help to create a common nomenclature and language surrounding metal jacketing. As they become adopted, all stakeholders can potentially improve their specifications, project documents and bid results by ensuring everyone is offering the correct weatherproof cladding.

What role does metallurgy play in selecting a jacketing?

There are four major types of metal cladding: aluminum, stainless steel, painted mild steel and galvanized. Without a doubt, aluminum is the most common because it is the lowest cost. However, there are many instances wherein aluminum is not the best choice. All of the various manufacturers of metal jacketing are well versed in helping stakeholders determine which choice would be best for their project from a performance and cost standpoint.

Why does the aluminum jacketing standard reference different metal thicknesses based upon the underlying insulation?

ASTM C1729 does in fact have different metal thickness requirements based upon the compressive strength of the insulation. The standard validates the well-known fact that higher strength rigid insulations are more effective at supporting the cladding to prevent in situ physical damage caused by workers walking on insulated surfaces, leaning a ladder against it or tying off a scaffold to the piping or equipment.

The standard quantifies 15 psi compressive strength as the line of demarcation between “rigid” or “non-rigid.” Any insulation with a compressive strength of greater than 15 psi is considered “rigid” and will require a thinner, less expensive metal jacketing. Examples of “rigid” insulations are calcium silicate, expanded perlite, cellular glass and many foam plastic materials. Any insulation that is less than 15 psi is considered “non-rigid” and will require a thicker, more expensive metal jacketing. Examples of “non-rigid” insulations include mineral wool, fiberglass, ceramic fiber, elastomeric foams and thin blankets.

What is the relationship between insulation and jacketing as it relates to emittance? Why is this so important to system design?

Surface emittance is one of the least understood physical properties in my opinion, but has serious cost and performance implications. First, a quick definition of emissivity: imagine a theoretical “black body” which does not exist. If it did, it would emit or release 100% of the all of the energy it absorbed (E = 1.0). Real materials retain some of their absorbed energy, and that coefficient is referred to as surface emissivity. Metal jacketing provides different emissivity values that are pre-loaded into thermal calculation software programs such as 3EPlus (www.pipeinsulation.org). Brand new aluminum jacketing has the lowest emissivity at 0.04 where painted metal provides the highest at 0.95.

What’s behind the trend of using stainless steel jacketing for passive fire protection?

Johns Manville Industrial Insulation Group does not manufacture metal jacketing, but I am very passionate regarding this emerging trend in the industrial market! API 521 is a report published by the American Petroleum Institute that helps engineers design, build and maintain pressure-relieving systems in their plants.

Here’s an example. If a fire breaks out in a plant, there are a lot of highly volatile stored fluids that will get very hot, very fast. Think of a pressure cooker: water boils and turns to steam creating high pressure and high heat that cooks food quickly. That little weighted cap on top of the sealed lid methodically releases the steam so the pot doesn’t explode. Now on a large scale, think of a massive pressure vessel full of highly flammable liquid or gas when a fire breaks out. Pressure-relieving valves, flashback seal and knock down drums along with ground flares convey and burn off the fluids/gases away from the fire to prevent explosions and catastrophe.

One very little known corollary of the 521 report references specifying a properly designed insulation system that can survive the fire and thereby reduce the heat gain to potentially prevent it from boiling over in the first place. API 521 lists five different insulations that can be used in conjunction with stainless steel jacketing to provide these valuable health, safety and environment (HSE) and cost saving benefits. JM currently produces four of the five listed insulations and we are happy to discuss which material would provide the optimal solution with any stakeholder.

Bottom line, aluminum jacketing will melt around 1200°F (650°C) so it cannot survive a fire. Stainless steel melts around 2500°F (1370°C) and can therefore withstand the brutal temperatures of a petroleum fire that stabilize around 1660°F (904°C). The stainless steel bands and wing seals along with the stainless jacketing play a critical role in securing the assembly tight on the piping or vessel during a fire, thus providing fire fighters with precious time to extinguish the blaze. Although these assemblies are more expensive than non-rigid insulations with aluminum jacketing, the savings to the owner in terms of reducing the cost/footprint of their pressure relieving and containment systems pales in comparison.

Can you give us a little background on calcium silicate insulation, and what recent advances have been made to improve performance regarding shedding bulk water and installation in wet areas?

Calcium silicate (Calsil) is a rigid, cementitious preformed pipe, vessel and equipment insulation that has been around since 1973. It has been the high temperature insulation of choice for four decades with good reason, but like everything else it wasn’t perfect. Two major advancements have occurred with Calsil since then which demand a second look. In the past, the U.S. formula for Calsil did not have integral corrosion inhibiting chemistry and it absorbed copious amounts of water so it kind of got a black eye in many people’s minds due to historical incidences of CUI. In 2002, a team of chemical engineers with our company discovered and implemented a new formula and process for what became known as XOX Corrosion Inhibitor™. This integral package of five different inorganic, soluble silicate ions has been proven over the last 15 years to effectively inhibit CUI in the presence of water. It is dormant when the insulation is dry and activated should any water ingress occur while in service.

The second major advancement regarding Calsil is currently well under way. As I mentioned, due to the cementitious nature of Calsil, it was quite absorbent in its’ old form. Johns Manville Industrial Insulation Group has just announced a major evolution in U.S. calcium silicate. Some of those same chemical engineers that developed XOX Corrosion Inhibitor™ have perfected a process to incorporate an integral water repellency compound into the insulation. This next generation product is called Thermo-1200™ and features water resistance to give the installers more time to get the jacketing on should a rainstorm roll through the jobsite. Many contractors have expressed concern for years at the decrease in their productivity because they had to stop and cover the Calsil with plastic sheeting before the rain hit. This groundbreaking new product is currently being rolled out at our Fruita, Colorado calcium silicate manufacturing facility, and it will be rolled out from our Ruston, Louisiana facility later this year.

If you have written calcium silicate out of your specs due to your previous experiences, we feel this is the time to take a hard look at the data and consider the improvements we have made that will provide significant life cycle cost reductions and well-documented CUI protection. 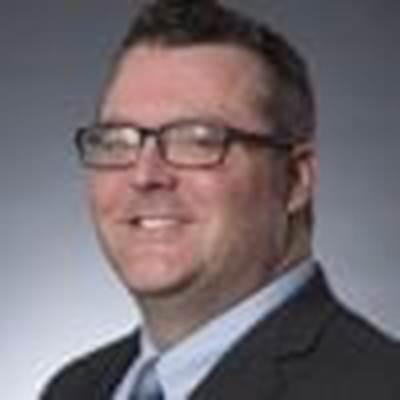