What Does Head Loss Mean?

Head loss refers to a measurement of the energy dissipated in a fluid system due to friction along the length of a pipe or hydraulic system, and those due to fittings, valves and other system structures. The total head loss of a fluid as it moves through a fluid system is the sum of the elevation head, velocity head and pressure head losses.

Head loss is unavoidable in real fluid systems containing liquids or gases. It is a result of the friction between the walls of a pipe and the fluid, the friction between fluid particles as they move relative to one another, and the turbulence that is caused whenever the fluid’s flow is redirected or obstructed in any way by components such as piping entrances and exits, pumps, valves and fittings.

When analyzing piping systems, pressure loss is of upmost importance due to viscous effects along the length of the system, as well as other additional pressure losses arising from attached equipment.

A reduction in head loss is experienced when the fluid’s velocity is reduced, which is often due to pipe friction. Conversely, the fluid’s velocity can increase for a variety of reasons, such as a reduction in the pipe’s diameter. Such changes can be reflected as an increase in head loss due to an increase in the system’s friction. The head loss also represents energy used to overcome friction that is caused by the pipe walls and other components, especially in turbulent flow.

There are two types of head loss: 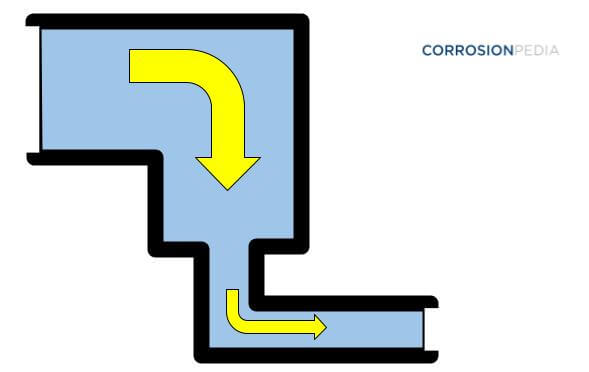 Figure 1. Minor head loss caused by obstacles such as changes in the shape of the pipe and elbow joints.

The amount of head loss depends on many factors such as the flow velocity, pipe length and diameter, and the roughness of the pipe, which determines the friction variable and the Reynolds number in the flow.

Most practiced methods for evaluating head loss due to friction are based almost completely on experimental evidence.

Head loss is a measure of the reduction in the total head of the fluid as it moves through a pipe system. Head loss that occurs along the pipe wall is called friction loss. The head loss due to the friction Hf in a given pipeline for a given discharge is determined by the Darcy-Weisbach equation:

How do you identify microbiologically influenced corrosion in water pipelines?
Advertisement