We cannot rely on the coating to be the ultimate answer for corrosion under insulation. The true cause of CUI is long durations of contact with wet insulation.

“The cause of CUI is the lack of proper coating.”

I have heard this misconception as recently as the 2014 Bring on the Heat conference. It was spoken by a coating manufacturer, but I’ve heard it too many times throughout my career from corrosion and coatings professionals at all levels.

For the record, the true cause of corrosion under insulation (CUI) is long durations of contact with wet insulation. Thankfully, this correct statement was made by a presenting End User engineer at that same conference.

Sure, coatings have an important role, but let’s look at some of the reasons to doubt that the lack of the right coating is really the cause of CUI.

No Such Thing as a Perfect Protective Coating

While it is a good thing to have a coating that is designed for the under-insulation environment and properly applied, we must understand that there is no such thing as a perfect protective coating. People install coatings in far less than perfect scenarios.

Even a "shop" application presents obstacles that impact overall surface preparation and coating quality—ah, but that’s another myth, which I cover in CUI Myth: Shop Coatings are Better Quality than Field Coatings.

So, what would a “perfect” coating application look like?

The coating application might even be completed in a controlled environment in a “shop.” The crew would have their hearts in the right place, they’d be focused on their work, and no supervision would be required because they are so good at what they do.

Let’s just go a step further and say: "We’re still not going to trust them. We’re going to hire a NACE-certified coatings inspector to watch their every move.”

All of this professionalism is on-site and very well in hand; everybody knows exactly what they are supposed to do, and they are good at it. The coating was properly selected and the specification properly addresses all criteria and requirements. The surface preparation and the coating application is being carried out properly.

We have to understand that in real life, we have far less than perfect scenarios on every coating application job site. Even so, the lack of perfection in the coating product or the application is not what causes CUI. Even without coating, you may not have CUI.

In 1974, a large, aged refinery on the U.S. Gulf Coast began using hydrophobic insulation for all hot service. This material remained hydrophobic up to about 450°F. This insulation was used for all new construction and all maintenance work. It was the only hot insulation used.

During this time (well before the advent of immersion-grade coatings), the oil company’s coating standard specified 3 mils of epoxy primer, or a red lead primer, or 3 mils of inorganic zinc depending on the various temperature ranges under insulation.

We now know that these were intended only as shop primers and were not suitable as corrosion protection in hot/boiling pseudo-immersion conditions.

So during those years, hydrophobic insulation was being installed over "unprotected" carbon steel, and unless there was an equipment design detail that held water like a bowl, our experience was excellent. CUI inspections revealed no corrosion.

There are two important lessons to be learned from those nearly 20 years of history:

In spite of nothing more than a shop primer, CUI has still not been found on this historic equipment. It is the fact that the insulation was hydrophobic, and the insulation support rings on the equipment were designed to allow water drainage, avoiding long-term water holdup.

That’s not to say that we did not have a CUI problem in this refinery. There was a whole refinery in place in that magic year of 1974, and the hot insulation on it was either calcium silicate or mineral wool. These were the only places where CUI was being found, plus anywhere that the equipment design detail held water like a bowl.

When observing the differences in substrate condition based on the type of insulation, the guy who was in charge of insulation at the refinery (a former inspector) said, “Expanded perlite is the answer. We just need to start using insulation that doesn’t absorb water, then we’ll be golden.” He was right!

At that time, there were no coatings that could withstand boiling water, or even hot water. All we had was waterproof insulation. High-temp coatings didn’t come out until the late 80s, and it was in 1991 that our company incorporated the requirement in the engineering standard to use epoxy phenolic coating under insulation in the CUI temperature range. (Further reading: Third Party Long-Term Testing: CUI & Thermal Results.)

So, from 1974 to 1991, there was really nothing more than shop primers under insulation. We know today that these coatings had no prayer of standing up against long durations of hot water exposure. Beginning in 1974, all that was available was that water-repellent insulation. And everyplace it was used, no CUI has been found, as long as the equipment was designed in such a way that it didn’t hold water like a bowl.

The Benefits of Hydrophobic Insulation

We know CUI isn’t caused by the lack of the right coating because we have substantial history of nil CUI on equipment that wasn’t coated with more than a 3 mil transportation primer.

But as the years progressed, and facilities not using hydrophobic insulation began to look under their old insulation and find very severe corrosion, the immediate focus became "corrosion protection." That need most often makes people think about coatings—and rightfully so. We did need better coatings technology, and the coating manufacturers have done a fantastic job in that regard. Some awesome advancement has happened there.

However, if more facilities had known about and used hydrophobic insulation, such as expanded perlite, I think there would have been a better understanding of the true cause of CUI and much less of it occurring.

We cannot rely on the coating to be the ultimate answer for CUI. We have to rely on the knowledge that what really causes CUI is long-term water contact. This can be avoided by specifying an insulation that is hydrophobic—water repellent through and through—to temperatures well above the CUI range. 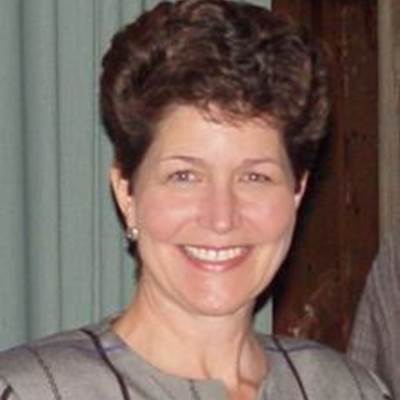 Monica Chauviere is a recognized expert in the field of corrosion under insulation (CUI), with more than 30 years’ work with ExxonMobil Baytown Refinery and ExxonMobil Research and Engineering Company. In her current consultancy, Chauviere works with both owner companiesand product providers in the field of non-metallic materials.

Her entire career has focused on refinery fixed equipment, with specialist expertise in non-metallic materials for downstream facilities. Other key areas of expertise include coatings and linings, thermal insulation, and passive fireproofing.

Chauviere remains active in NACE standards development and has served in a range of operational committee roles. As a leading expert in CUI prevention and thermal insulation best practices, she regularly presents at regional and international conferences.