Advancements in nondestructive evaluation (NDE) technologies have enabled the process industry to carry out corrosion under insulation (CUI) inspection without removing insulation.

Advancements in nondestructive evaluation (NDE) technologies have enabled the process industry to carry out corrosion under insulation (CUI) inspection without removing insulation. (Learn more about CUI in Understanding Insulation Chemistry Proven to Inhibit CUI.) These techniques can be used along with conventional techniques to provide cost-effective, comprehensive CUI inspection of piping networks. Some of the proven NDE techniques are:

Out of these methods, profile radiography and guided wave UT are accepted in the American Petroleum Institute's API 581 as alternatives to insulation removal for inspection.

Infared (IR) thermography can be effectively used to identify wet insulation in pipelines. Compared to conventional moisture density gauges, IR thermography is more sensitive and faster. In addition, pipelines can be scanned from a distance, which avoids time-consuming construction of scaffolding works.

IR surveys are typically conducted for non-traced insulated pipelines, but they are also effective for heat-traced lines as well. Any wet insulation will retain heat longer than dry insulation. So two to three hours after sunset, locations where insulation is wet will be hotter than locations with dry insulation. This is the basic theory behind the technique.

Guided waves are used in long range ultrasonic testing (LRUT) to scan pipelines that are otherwise inaccessible for inspection. Guided waves are propagated in a pipe wall from a ring of equally spaced ultrasound probes supported by a collar wrapped around the pipe. The ultrasonic waves are reflected by discontinuities such as girth welds, branches in pipeline circuit, and reductions in wall thickness (an indication of corrosion). These reflected waves are detected and then analyzed with the help of computers. LRUT can typically scan a length of 60 m to 120 m if the line is straight. If the line is insulated, the length will be reduced, since absorption is greater with some kinds of insulation. Support locations, connections, and bends in pipelines further reduce the span of inspection. Even so, LRUT is considered one of the most effective tools in identifying CUI in pipelines where removal of insulation is difficult.

The velocity of the guided wave is a function of the thickness of the medium and frequency (mode) of wave. CUI will lead to changes in thickness in the medium (pipe wall) locally. In addition to scatter and reflection, this will lead to mode conversion of the incident waves. Therefore, reflected waves will contain both incident wave mode, plus mode-converted waves. Detection of these mode-converted waves in a reflected signal is a strong indicator of discontinuities such as CUI in an insulated pipeline.

The interpretation of LRUT is difficult compared to tools such as an IR survey and will often require a specialist. But it is the most reliable tool to inspect insulated pipelines at non-accessible locations, such as portions of pipelines passing under non-accessible culverts, buried piping and at road crossings.

Profile radiography is a proven technique to detect the internal wall thickness reduction of small bore piping. The technology can also be applied to find CUI, provided that source-to-film distance (SFD) is sufficient to cover the entire pipe diameter in one shot. This may become difficult when the pipeline diameter is more than eight inches and there is insufficient clearance between pipelines running in a pipe rack. It is possible to scan pipelines of wider diameters by taking only a section of the pipeline in one shot. Consequently, multiple shots will be required to cover the full diameter of some pipelines, thus making the process more time consuming.

In the image in Figure 3, corrosion material is clearly detectable. CUI was indeed revealed when the insulation was opened.

Computed radiography (CR) uses similar equipment to conventional radiography except that in place of a film to create the image, an imaging plate (IP) is used. CR has the same inherent safety issues as conventional profile radiography. Due to safety problems, I have not used this technology, but there is documented evidence that this method has been successfully used in some refineries in India.

The computerized images produced by CR allow easy data sharing and result in significant improvements in radiographic inspection productivity as well as faster identification of defects. The image in Figure 4 was taken by computed radiography technique, showing corrosion deposits at the elbow of an insulated pipe. Wall thickness reduction is calculated using software. Before measurement, the software needs to be calibrated on reference wedges, such as a known-size steel ball or an identical pipe piece.

If effective cordoning is possible, computed RT is an effective tool to detect CUI without removing insulation. Another advantage of this method is data can be easily stored for future comparison or audit.

The probe is placed on insulation cladding and a magnetic field is created by passing an electrical current in the transmitting coil. This field magnetizes the insulated pipeline and creates loops of eddy currents on pipe wall. Then when anomalies are present, the pulse is cut, causing a sudden fall in magnetic field as the strength of eddy current decreases. The rate of decrease in eddy current is monitored by the PEC receiver probe, which is used to calculate the wall thickness. The decay of the eddy currents is proportional to the wall thickness.

Corrosion is calculated as the percentage reduction in wall thickness. Scanning is possible through any material that does not conduct electricity. Most insulation material, such as mineral wool, glass wool, etc. falls into this category. Scanning can be conducted on pipelines with operating temperatures as high as 500°C (932°F).

The sensitivity of PEC is low compared to radiographic methods because this method integrates over a large footprint. As a result, the smallest defect that can be detected has a diameter of about 50 percent of the insulation thickness (between 30 mm and 120 mm). PEC testing is therefore suitable for general wall loss, but isolated pitting defects cannot be detected. Therefore, PEC is ideal for scanning insulated carbon steel pipelines where corrosion is expected over a larger area.

It can be concluded that with systematic planning, documentation and inspection, we can effectively detect CUI in the early stages. (As discussed in CUI Detection Techniques for Process Pipelines, conducting a CUI survey is the first and most important step).

Once CUI-prone piping circuits are identified with the help of a CUI survey, field inspections are then carried out to assess the severity of CUI across all assets in a plant. From these results, we can identify the extent of insulation removal needed in ongoing inspections. Advanced NDE techniques are a viable option to insulation removal for the detection of wall thickness loss. 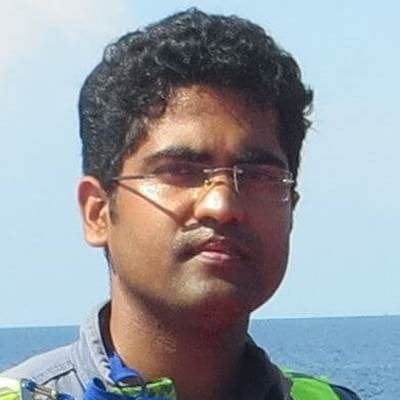 Arun Soman is a mechanical engineer with more than 10 years’ experience in the field of asset integrity of static equipment in the oil and gas process industry. Starting his career as a quality engineer in 2005, his field of study shifted to corrosion control in 2007 after he joined BPCL Kochi Refinery as Deputy Manager of Inspection Advisory Services.