The least corrosive the soil is, the higher the polarization resistance of the steel pipe.

Pipelines are an essential infrastructure component as a conveyance of utilities, commodities and other elements vital for a robust economy. Pipelines are typically constructed from metal, and are prone to corrosion if not well protected and treated. Corrosion is understood as a disintegration of metal through one or more electrochemical processes and/or unintended exposure to chemicals. It usually initiates at the surface where it interfaces with external substrates. (Learn more about these processes in the article Corrosion Electrochemistry: The 6 Electrochemical Reactions Involved in Corrosion.)

Several studies have been conducted to understand pipeline corrosion in various environments. This article describes investigations of pipe specimens in two types of environments: underground/buried in soil and marine/saltwater. In addition, we describe the use of a technique known as electrochemical impedance spectroscopy (EIS) to examine the pipes and their corrosion.

The fundamental cause of the deterioration of buried pipelines is soil corrosion. (Learn more about this topic in the article An Introduction to Soil Corrosion.) All metals exhibit a tendency to be oxidized, some more easily than others. Chemically, when metal atoms are exposed to an environment containing water molecules, they release electrons and become positively charged ions. This effect can be concentrated locally to form a pit or a crack, or it can extend across a wide area to produce general deterioration.

The corrosion of buried steel pipes in soil is mainly driven by the soil's properties such as soil resistivity, redox potential, pH, organic content, microbial activity, temperature and chemical composition. Warmer temperatures force anodic and cathodic reactions that aggravate dissolution of the pipeline. In acidic soil, the driving forces for the reaction is fast and results in increased corrosion rates. Corrosion of metals is typically associated with the development of negative voltage caused by the release of electrons.

Electrochemical impedance spectroscopy (EIS) determines the dielectric properties of materials, as measured by an external field’s interaction with the dipole moment of a particular sample, usually stated by permittivity. A potentiostat is used to conduct EIS measurements. Dynamic electrochemical impedance spectroscopy (DEIS) uses an AC signal while sweeping the potential, and is a powerful method to study the reaction mechanisms of surface electrochemical reactions. Its ability to reliably measure low frequencies while sweeping is key to its successful implementation.

EIS measurements and a Tafel polarization test were performed on the steel pipe specimens with a frequency range of 100 KHz to 10 mHz. Results from each soil medium are shown below. 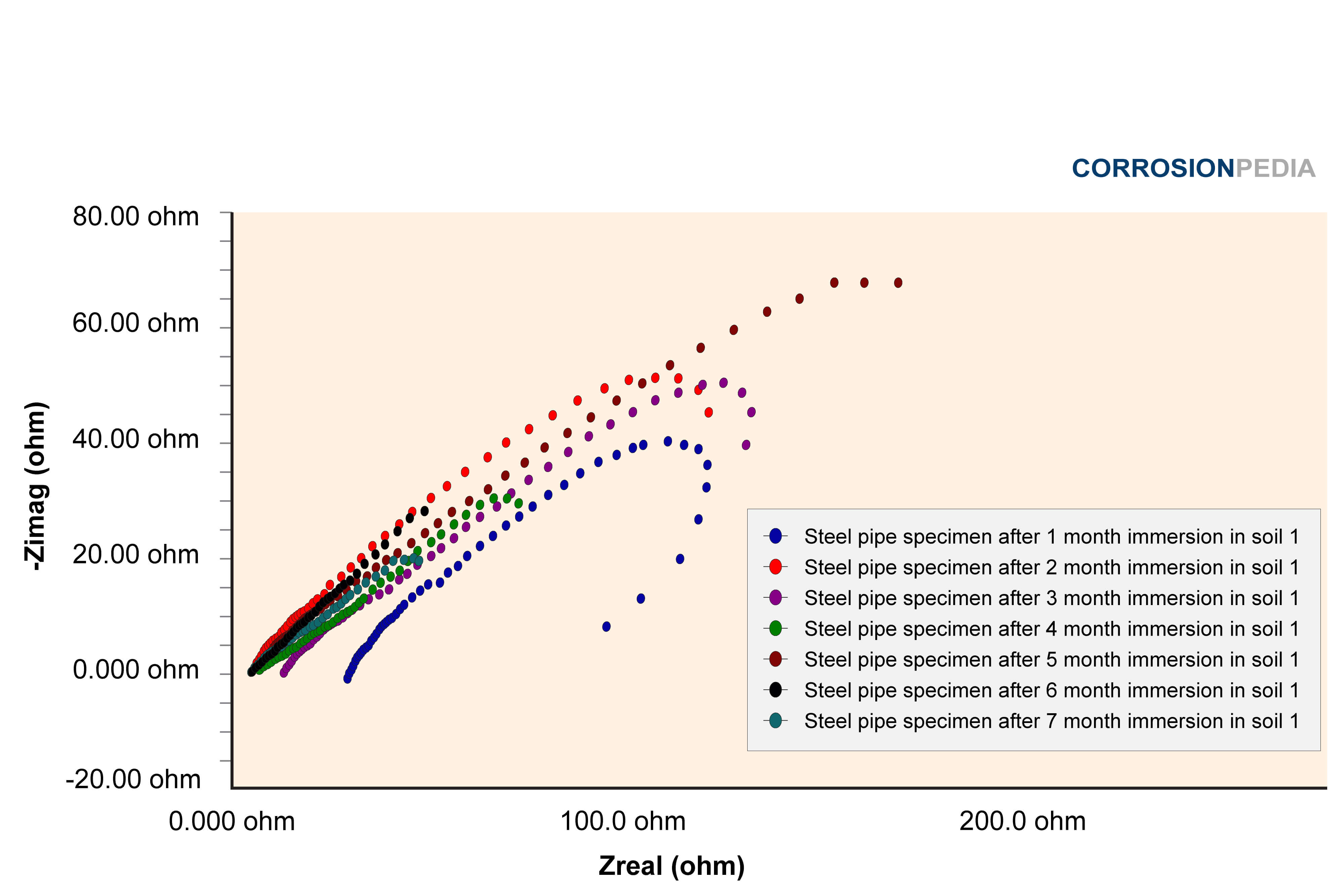 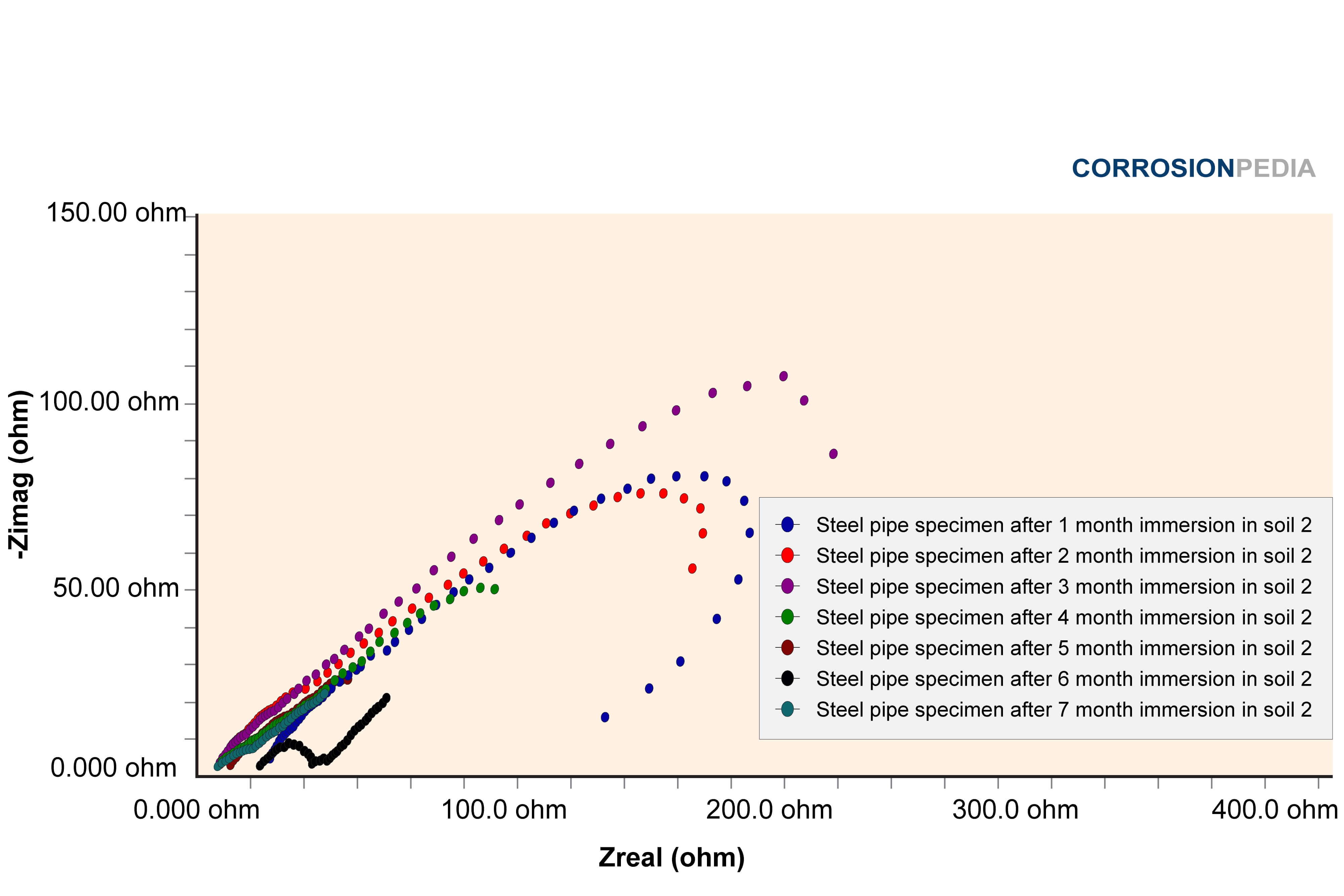 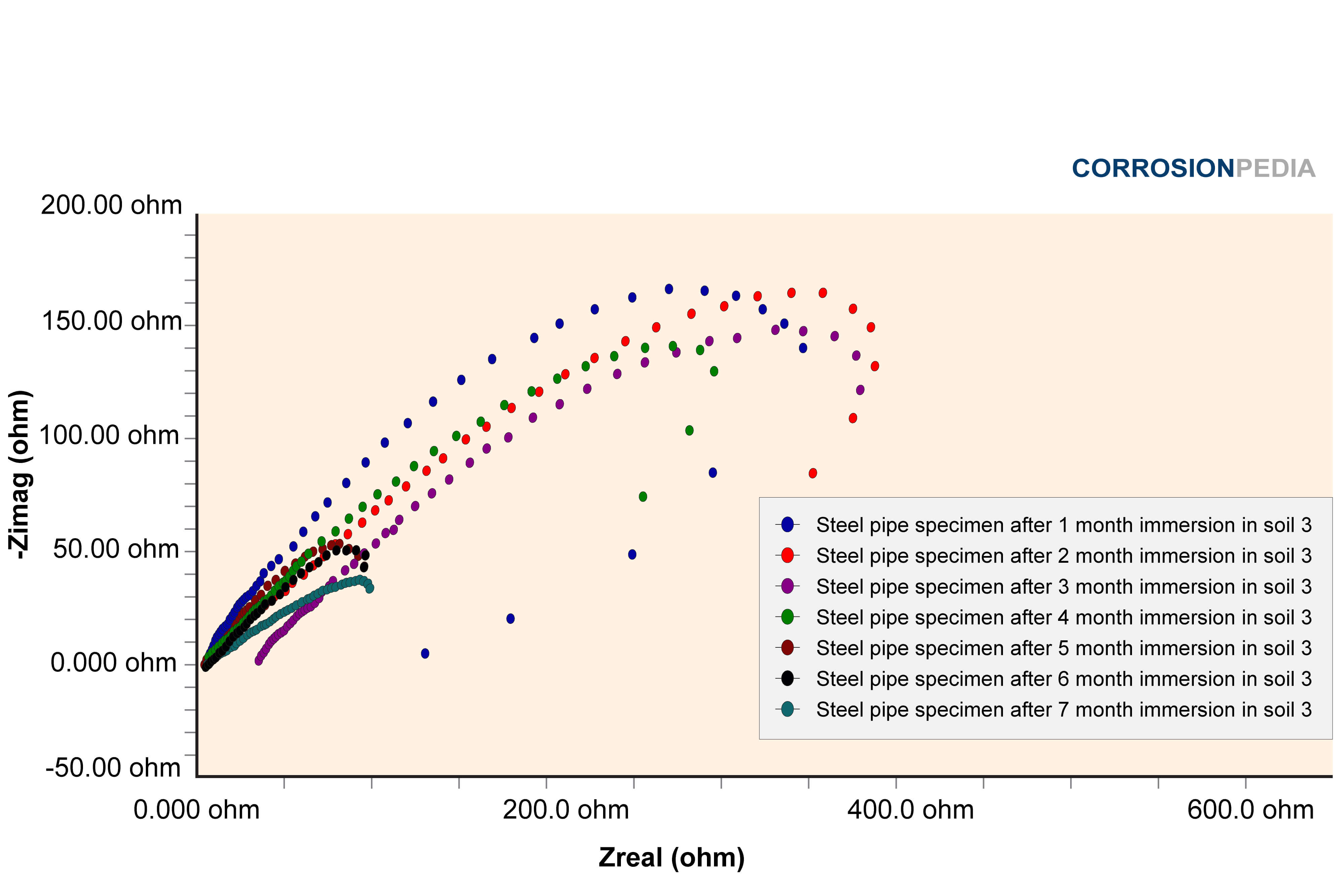 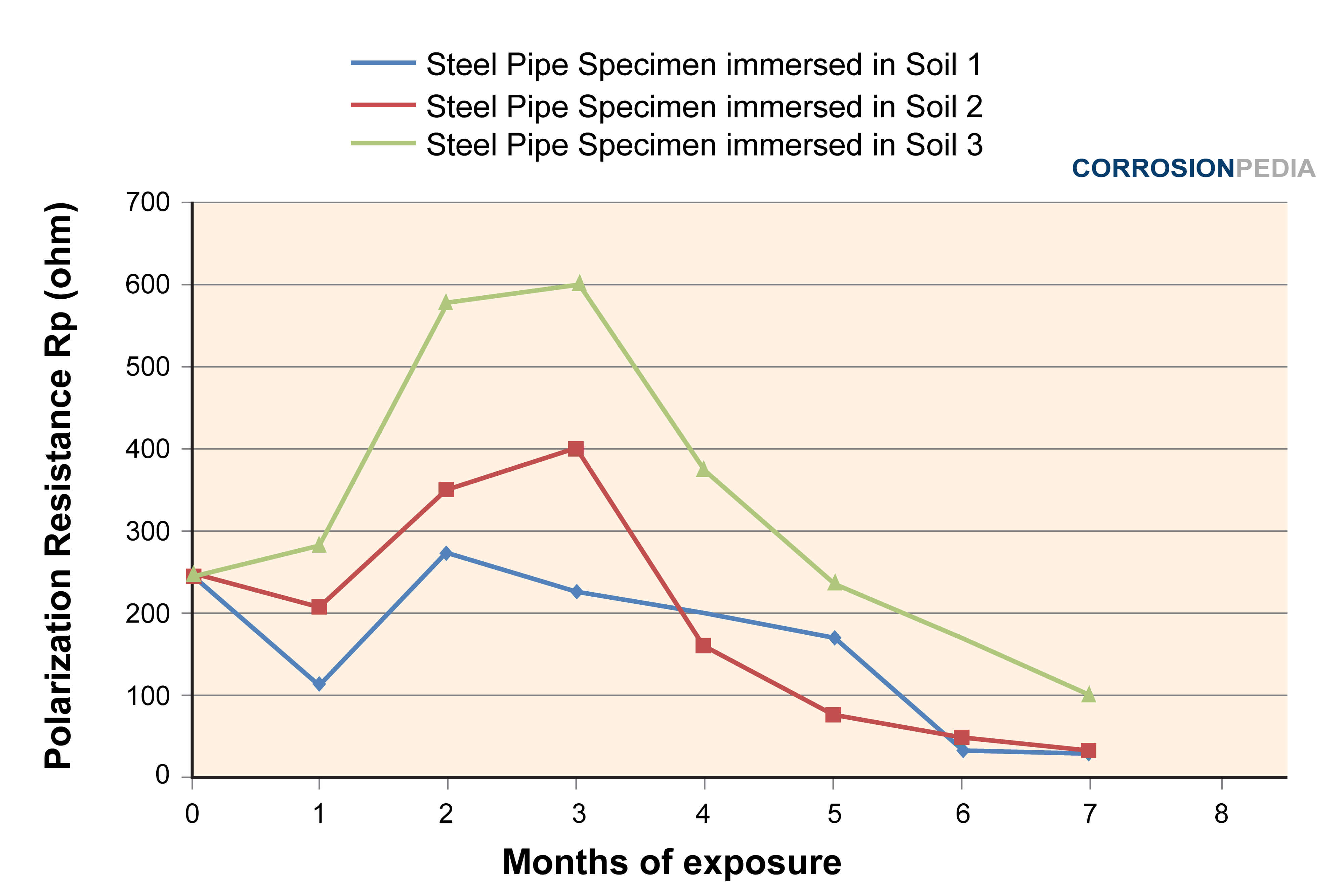 Soil 3 exhibited the highest resistance against corrosion. When tested with Tafel polarization, the result is also consistent with the results shown in Figure 4. This indicates that soil 3 is the least corrosive compared to soil 1 and 2. The polarization test performed on the pipe specimens shows that soil 2 is more corrosive than soil 1, especially in the first 4 months.

Pipelines in the Marine Environment

In seawater, chloride ions usually attack the metal components of the pipeline. This leads to corrosion, which is associated with the localized break down of the pipeline's surface.

Typically, stainless steel is used to protect against corrosion in a marine environment. The study used 316L stainless steel and super austenitic stainless steel alloys 33 and 24 as test specimens. (Related reading: 12 Things You Need to Know About Austenitic Stainless Steel.) The specimens were cut to the desired dimension and attached using a brass rod for an electrical connection. Then they were molded with an epoxy-based resin. The specimens were also polished using abrasive paper complete with a diamond paste in order to obtain a scratch-free mirror finish.

Similar to the study described above, a conventional three electrode cell was used for all the electrochemical measurements. A saturated calomel electrode (SCE) was used as a reference electrode, platinum foil as a counter electrode and the test material was a working electrode. Natural sea water was collected to serve as the electrolyte.

Using potentiodynamic studies, there was a capability to record the impedance spectra at the point of pitting corrosion. An analysis was completed using the dynamic electrochemical impedance spectroscopy (DEIS) approach. The DEIS technique was used to evaluate the pitting corrosion resistance of alloys 33 and 24 in natural sea water. The Nyquist plots were used to examine the resistance. The relative corrosion resistance for alloys 33 and 24 in natural seawater showed their higher corrosion pitting resistance (PREN) compared to 316L stainless steel, which may be due to the presence of both nitrogen and molybdenum in the super austenitic alloys.