Municipal drinking water pipes are susceptible to corrosive scale and lead leaching; a scale analysis can determine the extent of the problem.

Lead is a toxic metal that is harmful to human health. The introduction of lead into drinking water occurs through the corrosion of plumbing products as water moves through the piping distribution system that consists of lead pipe service lines, lead solder and brass fittings that contain lead. For example, due to highly corrosive water in Flint, Michigan, corroded aging pipes caused extremely elevated lead concentration in water and exposed over 100,000 residents in 2014. (For more on this topic, read The Role of Corrosion in the Flint Water Crisis.)

Municipalities React to Lead in Their Water Distribution Systems

National and local governments around the world have taken steps to improve their water quality by introducing more stringent lead concentration limits. For example, in 2019, Health Canada lowered their maximum allowable concentration (MAC) of lead permissible in drinking water from 0.010 mg/L to 0.005 mg/L (5 parts per billion).

The more rigorous MAC limits necessitate a greater number of samples to be tested for lead contamination. This article outlines the objectives of scale analysis, a methodology for evaluating water piping specimens, and procedures that can be implemented.

What is Scale Analysis?

Scale analysis provides an understanding of the correlation between water quality and the mineralogical scales that are typically found on the internal walls of water distribution piping.

The benefits of scale analysis are:

The end user specimens selected for study are often kitchen faucets, lead service pipes, galvanized premise piping, brass premise piping and brass water meters. These samples must be carefully removed without disrupting their internal surface. Any water inside them must be completely drained, and the sample’s ends must be sealed to protect against contamination. Samples are then labelled with flow direction, source location and installation orientation. 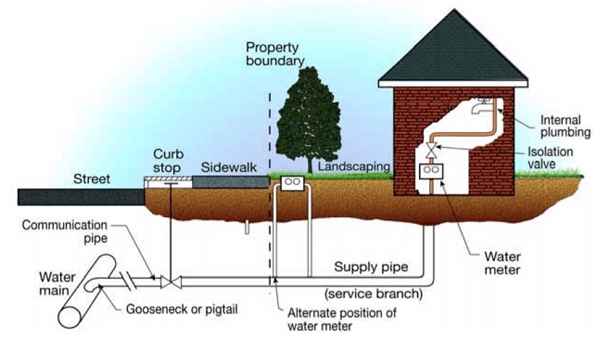 Analytical procedures are considered and determined based on the sample’s condition and acceptable uncertainties. The three commonly performed procedures are visual inspection, photographic and scale analysis.

There are a number of suitable procedures available for analyzing scale on piping specimens; these are discussed in the following sections. (Learn more in The 3 Stages of Corrosion Failure Analysis.)

Initial Inspection and Photography of the Sample

After being cut open, samples are visually inspected for appearance, texture and color, and then recorded photographically. Based on the photographic resolution there are two types of photography – macro and micro (with up to 50x magnification) – as shown in the pictures below (Figure 2 and 3).

Figure 3. Microphotograph of lead (left) and brass (right) parts are shown in the photos. (Source: Contribution of Service Line and Plumbing Fixtures to Lead and Copper Rule Compliance Issues by Sandvig et al.)

X-ray diffraction (XRD) is the most important scale characterization tool because it reveals the major mineralogy of the scale. The scattering of X-rays from atoms produces a diffraction pattern that contains information about the atomic arrangement within the sample. As shown below by the XRD pattern from a lead sample (Figure 4), diffraction peaks are associated with specific planes of atoms. 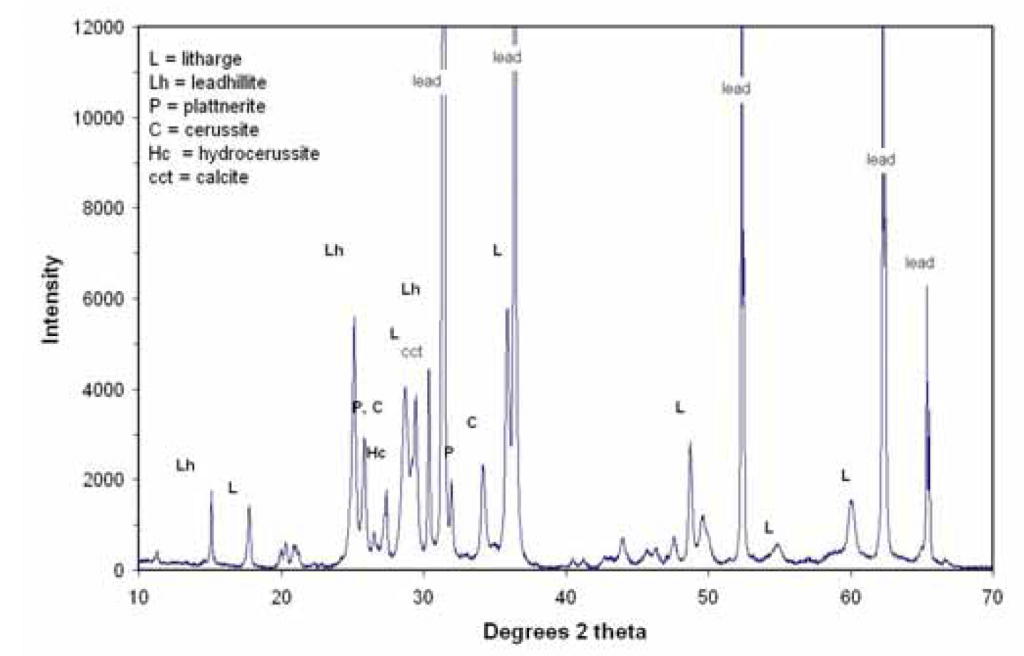 Blank spectrum using cleaned pipe can be subtracted from this pattern to remove the underlying noise generated from lead metal peaks. The highest peak, in this case leadhillite at 25 degrees, is assigned a value of 100. Then the highest peak of other minerals is identified and reported as a percentage of the height of this peak.

Raman scattering is an optical process where incoming excitation light interacting with a sample produces scattered light that is lessened in energy by the vibrational modes of the chemical bonds in the specimen. The benefits of Raman scattering include the ability to detect poorly crystalline phases and closely-overlapping patterns. The curve below (Figure 5) shows the Raman spectrum from pipe scale dominated by lead carbonate. 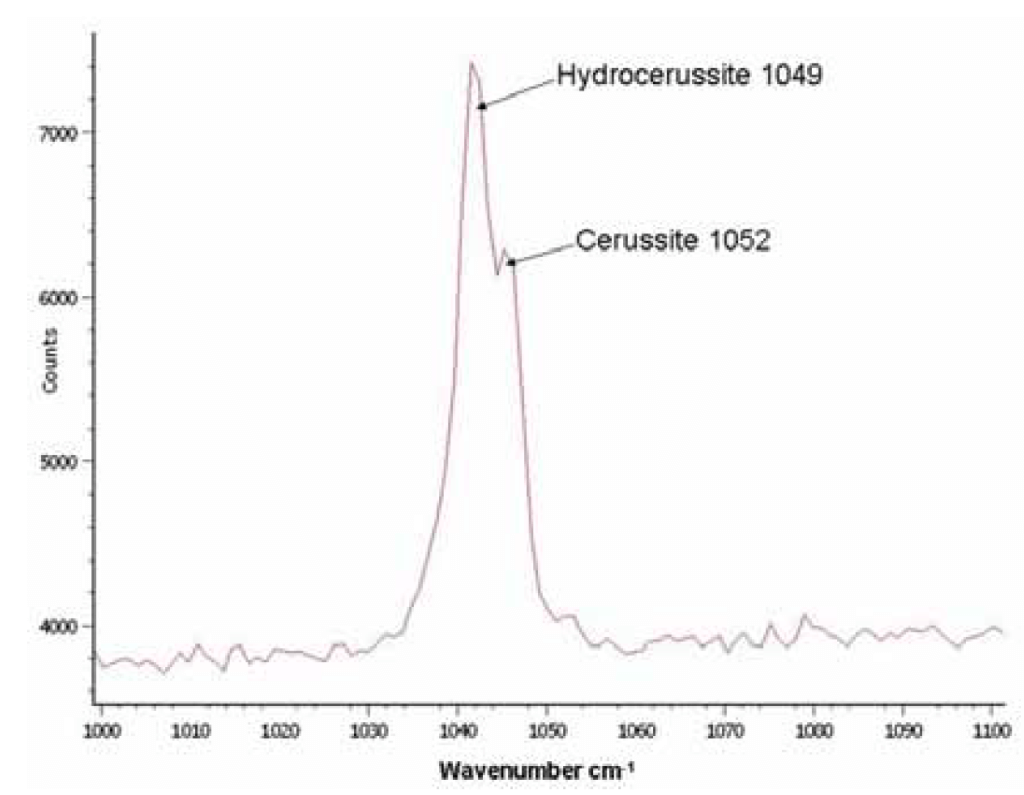 X-ray fluorescence (XRF) can provide the complete alloy chemistry, including percent by weight of lead in metals. XRF uses 2 to 3 grams of a combined material (sample plus spectroscopic grade powder). Interference might happen for certain elements such as barium (Ba) and copper (Cu) while other elements have less interference.

Scanned images of Pb carbonate (left) and Pb oxide (right) followed by the corresponding EDS patterns are shown below (Figures 6, 7).

Conclusions From the Study

Conclusions of internal corrosion scales evaluated in this article are presented below.

The Role of Corrosion in the Flint Water Crisis

The 3 Stages of Corrosion Failure Analysis

A Look At New Trenchless Technology for Water Infrastructure