What Does Hardness of Materials Mean?

The hardness of a material is defined as its ability to withstand localized permanent deformation, typically by indentation. Hardness may also be used to describe a material’s resistance to deformation due to other actions, such as:

Hardness is used in numerous engineering design applications. This property is essential as it directly correlates to the material’s performance and suitability. For example, a component’s resistance to wear generally increases with increasing hardness. This is especially important for mechanical equipment with moving parts, like elevator shafts.

Hardness is not a fundamental material property, so it should be viewed in context with other properties such as strength, elasticity and ductility to understand how these properties relate to each other. For example, while a material may be hard, it can also be brittle. This attribute can limit the material’s usage in specific applications.

Material hardness is measured using a hardness test. The value of hardness is dependent on several factors, such as:

Materials will exhibit different hardness measurements under different types of loading. For instance, a material that performs well under a short-duration, high-impact load may not perform as well when subjected to a continuous long-duration load.

Therefore, hardness tests should be carried out under various load conditions to ensure that well-informed engineering and design decisions can be made.

The three main types of hardness are scratch, rebound and indentation hardness. Each of these parameters is measured using different tests that use different sets of tools. Below, we will discuss these hardness types in detail.

Indentation hardness tests are one of the most common hardness tests performed across several industries as materials are often subjected to continuous loading in real-world applications. This type of hardness is typically measured on a scale known as the Rockwell Scale. 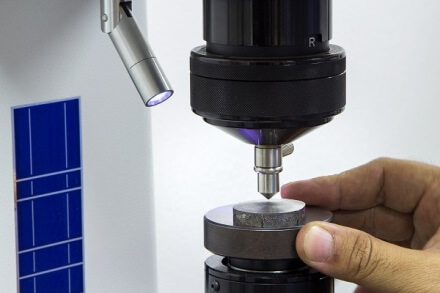 Scratch hardness, as its name implies, is a material’s ability to resist scratches and abrasion on its surface. These scratches are typically narrow deformations caused by the removal of material due to contact with a sharp, harder material. 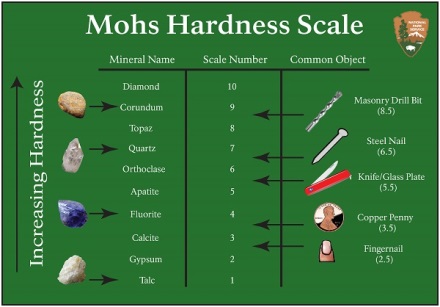 Rebound hardness is concerned with a material’s elastic hardness, as opposed to its plastic (indentation) hardness. During rebound hardness tests, the material absorbs the impact energy from a diamond-tipped hammer and returns it, causing the hammer to bounce after it strikes the surface.

What are the benefits of using refractory metals?
Advertisement