Polymer modified bitumen (PMB) is bitumen (asphalt) combined with one or more polymer materials. This modification is done with the aim of enhancing the mechanical properties of the bitumen material. Polymer modified bitumen is typically used on road pavements, particularly those that are intended to withstand heavy-duty traffic and extreme weather conditions. This material is also used as a sealant in residential roofing applications.

PMB is typically made by combining bitumen with a styrene-butadiene-styrene (SBS) copolymer. The addition of the polymer makes the bitumen more elastomeric in nature. Some of the desirable properties of polymer modified bitumen include improved strength, cohesiveness and resistance to fatigue and deformation.

PMB also possesses less temperature sensitivity than plain bitumen. This is particularly crucial for pavement applications because the material will not flow or become soft in high temperatures while it maintains its workability and flexibility in colder temperatures.

Of particular importance to the corrosion industry is PMB’s enhanced waterproofing properties. When applied to steel pipes, PMB prevents water or other electrolyte-rich fluids from coming into contact with the metal substrate. This property makes PMB coatings ideal for barrier protection in aggressive environments.

Bitumen has been used as a construction material for centuries and continues to be a valued engineering material for many modern applications. Over the years, numerous studies have been performed with the aim of improving bitumen’s performance in the field.

One of the enhancements that have produced desirable results is the addition of polymer to bitumen. Polymers serve to improve bitumen’s elasticity, thus providing numerous benefits when used in bitumen-based applications.

Styrene-butadiene styrene (SBS), which acts as a binder modification agent, is known to increase the longevity of pavements that are subjected to a range of onerous loading on a daily basis, including high traffic loading and high thermal stresses. Other benefits of PMB when used in pavement applications include:

Some studies show that polymer modified bitumen can possibly result in potential cost savings when used in some applications. The enhancement in mechanical properties allows PMBs to be applied in thinner layers than unmodified bitumen without exhibiting a reduction in performance. Improvements in binder strength, flexibility and toughness significantly improve the asphalt’s fatigue resistance, even in hard binders.

The Road Research Laboratory of the Delft University of Technology in the Netherlands conducted a study comparing modified and unmodified bitumen using a finite element model (FEM) analysis. The study ultimately determined that thickness reductions of up to 40% can be realized when using modified bitumen. The FEM model also showed that even with reduced thicknesses, the damage expected in the polymer modified bitumen was significantly lower than unmodified bitumen when subjected to the same types of loading conditions. 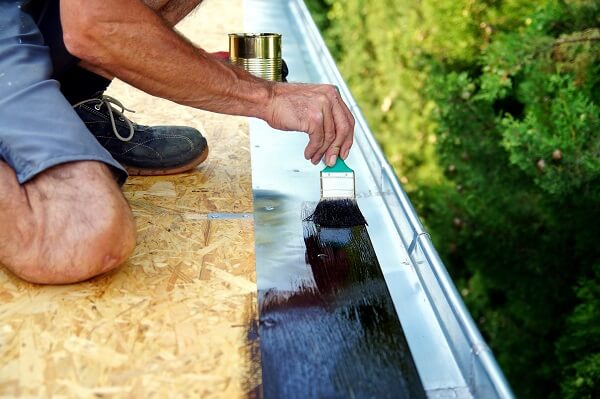