What Does Graphite Anode Mean?

A graphite anode is an electrode made of graphite that is used in a mercury cell in order to produce chlorine by electrolysis. As the graphite rod is inserted into a mercury pool cathode of an ignitron, an electrical current begins to flow because it is a collector of electrons in a beam power tube.

Graphite anode material is burned with oxygen to produce CO2, thus making it a combustible material. It has an autoignition temperature of about 700°C (1292°F) and a combustion energy of 33 kJ g−1, although its combustion energy is only fully released when the graphite material has been ejected from the cell and then burned completely outside at high enough temperatures.

How Graphite Anodes are Used In Cathodic Protection Systems

With corrosion being a leading cause of premature failure in metallic structures, operators try to extend the service life of their facilities and equipment by installing cathodic protection (CP) systems. There are two classifications of cathodic protection systems:

Graphite anodes have been commercially available since 1940. They are produced by bonding carbonaceous fillers with carbon-yielding binders, extruding them into rods, and baking them at 1,000°C (1,830°F), which carbonizes the pitch binder. The anode is placed in an electric graphite furnace after cooling and then reheated to over 250°C (480°F), completing the graphitization process. When graphitizing at elevated temperatures, the anode becomes more porous. After this process is completed the material has improved crystalline properties such as electrical and thermal conductivity.

Both natural and synthetic graphite are used to produce electrodes for battery technologies. 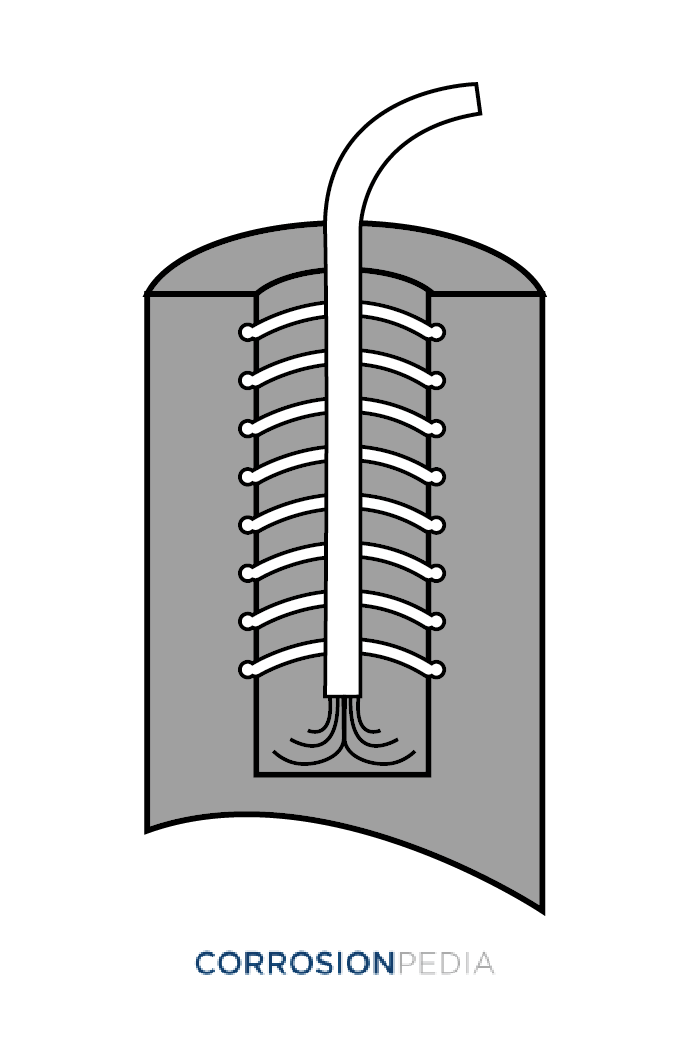 Anodes are the positive polarity contact in an electrolytic cell, which is where oxidation occurs. Negative ions are forced to chemically react by an electrical potential and give off electrons that then flow into the driving circuit.

Graphite anodes are susceptible to corrosive oxidation because water can penetrate through the anode's pores and cause premature failure of the metallic lead wires in the anode's connector.

Graphite is well suited for cathodic protection anodes due to its chemical inertness, good electrical conductivity and affordable cost. For these reasons, graphite anodes are used on underground pipelines and storage tanks as a cost-effective method of corrosion control.

Materials used to construct anodes must be electrochemically active toward the oxidation reaction of interest. They must also be economically viable, which makes graphite a good choice. Graphite has been used in batteries without any safety issues for many years.

Numerous alternative materials have also been used with the goal of improving anode performance, including silicon, carbon, tin and alloyed materials. Several other non-traditional anode materials are being studied, including materials that are more electrocatalytically active toward hydrocarbon-based fuels and MIEC–ceramic systems.

Graphite dust can damage electronic equipment and cause equipment short circuits. The graphite anode material reacts with electrolytes at higher temperatures (T >100°C) to generate flammable and toxic gases in the process.

Why should cathodic protection and a coating be used together to protect against corrosion?
Advertisement