What Does Oxidized Copper Mean?

Oxidized copper is a specific type of corrosion that is produced during a three-step process where copper oxidizes to copper oxide, then to cuprous or cupric sulfide, and finally to copper carbonate. It results in a green-colored copper layer or patina that forms over time.

Oxidation is one form of metallic corrosion, which is a reaction that occurs during an ionic chemical reaction when oxygen is present on the metal’s surface. During this process, electrons move from the metal to the oxygen molecules. Thereafter there is a generation of negative oxygen ions in the metal, thus leading to the creation of a surface laden with oxide. In the case of copper, this oxidation occurs as a result of the exposure of copper to air, although salt water, acidic compounds and heat can also induce corrosion.

Copper's red-orange color makes it a preferred choice for decorative metalwork, cookware and jewelry. Being pliable and flexible, and a good conductor of heat and electricity, it is often used for electrical wiring. It is also widely used as the main material for copper roofing, gutters and other structural components due to its ability to withstand weathering, which is made possible by its slow corrosion process.

Corrosion of most metals can cause serious damage and become a dangerous hazard if it affects infrastructure objects such as buildings, sewage pipes, ships and water supply pipes. However, copper corrosion is not as destructive because the copper forms a protective outer oxide layer that discourages further corrosion.

The most obvious example of oxidation is steel corrosion, which involves the transformation of iron molecules into iron oxides, usually that of Fe2O3 and Fe3O4. This is observed on common items such as old, rusted cars, nails and metal scraps.

Similarly, when exposed to the atmosphere, copper will oxidize due to a reaction with oxygen and liquid water or moisture in the air.

The characteristic red outer layer (rust) that forms when iron corrodes is caused by oxidation. In this case, the outer layer doesn't exactly become part of the iron but instead flakes off, thus leading to the gradual wearing away of the iron and leaving it vulnerable to structural decay and further rusting. However, in copper oxidation the oxide layer prevents oxygen exposure that would otherwise cause further corrosion. Oxidation adds a blue-green color to copper, brass and bronze. 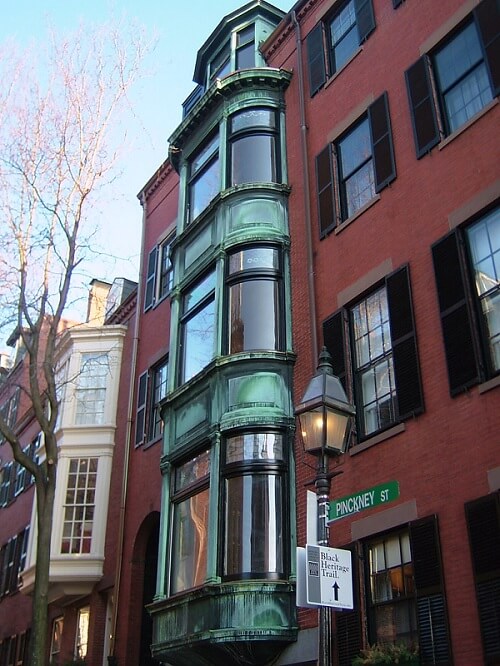 The basic reaction of copper and atmospheric oxygen, which converts copper to copper oxide, is:

The copper to patina conversion is a multiple-step process, and it takes a long time to form copper carbonate. The oxides that can form during the oxidation process of copper to patina include: Important Facts You Might Not Know About Copper Patina