Why Are My Insulation Surface Temperatures Out of Spec?

Takeaway: Achieving maximum efficiency and ensuring safety of personnel typically means revisiting the thermal performance data to determine how many additional layers of insulation need to be added to bring the surface temperatures down to specification.

The engineer designed the piping system with care: its insulation thickness was verified by the most reliable and commonly used software available, and the insulation was installed accurately and to specification by a talented, detail-oriented crew. Then, during the initial startup, the surface temperature reached the anticipated temperature… and then kept on increasing until it was 20+ degrees above the design parameters.

Where Did Things Go Wrong?

Unfortunately, this isn’t an entirely uncommon scenario. Despite the best efforts of system designers, the final pipe and insulation system can only be as good as the information that was used to design the system. Higher-than-expected surface temperatures can stem from a number of different sources — most of which can be addressed in the design phase or even corrected after installation, if necessary (though it can be a costly fix).

There are two common reasons that the actual surface temperatures would be running higher than intended:

In the situation above, a designer would likely have started by using NAIMA’s 3E Plus® software to determine the thickness of the insulation that would be appropriate to meet the design requirements of the application. 3E Plus is a software program that can be used to establish heat/energy loss, insulation surface temperature or plant emissions based on fuel consumption.

Unfortunately, similar test methods can often be mistakenly interchanged. The thermal performance of many industrial insulation types is tested in two configurations (flat: ASTM C518 and round: ASTM C335), and each configuration will elicit different results.

Thermal data acquired using ASTM C518 will show decidedly better thermal performance than data gathered from ASTM C335. It is, therefore, vital to ensure that the data used to design the system comes from the test configuration that matches that of the actual application, or the system will not perform as intended.

If a manufacturer hasn’t published both sets of testing data (flat and round), designers should contact the manufacturer’s technical representatives to acquire the appropriate data for the system they are designing. This will help specifiers avoid under-engineering a system by using inapplicable data.

What Are My Next Steps?

Once you’ve located the cause of the elevated surface temperatures, steps should be taken to rectify the situation as soon as possible — not only because system process temperatures will be influenced, but because the risk of permanent injury to plant personnel is dramatically increased when surface temperatures exceed 140°F (60°C).

This typically means revisiting the thermal performance data to determine how many additional layers of insulation need to be added to bring the surface temperatures down to specification, and then applying the necessary insulation accordingly.

While this may seem like a costly solution at first, it’s important to remember how such monetary costs compare to the potential risk of a burn injury to another person. At 165°F (74°C), the severity of a burn wound to plant personnel would range from possibly irreversible to irreversible, depending on the duration of contact with the overheated surface.

In life, there simply is no cost-risk analysis for the safety of our people. In this framework, removing the jacketing and installing more layers of insulation is not only a cost-effective solution because of the increased process efficiency — it’s also crucial to creating and promoting a safe working environment. (Safety is discussed further in the article Use of Insulation Coatings for Burn Protection.)

For additional resources on thin blanket insulation and issues such as thermal shift, safe-to-touch temperatures or using flat vs. round data, we encourage you to Register for our upcoming webinar: Considerations for Thin Blanket Insulation on Wednesday, December 5 at 2:00 pm ET. 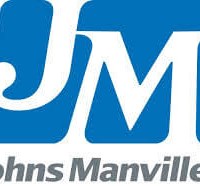