The greater flexibility of polyurea coatings allow them to move with the expansion and contraction of the underlying structure as temperatures change.

Municipal water districts and industrial and mining companies have invested billions of dollars into equipment and infrastructure to process wastewater and sewage. Corrosion of this infrastructure, and in some cases the subsequent leakage, is extremely costly. Assets that are impacted by corrosion in wastewater treatment plants (WWTPs) include the pipelines, storage tanks, process vessels, clarifier ponds and sewage channels.

As much of the WWTPs infrastructure is aging, it is starting to require refurbishment or replacement. One method of refurbishment of these assets is to carry out surface repairs and then apply protective coatings. These coatings must be strong, flexible and resistant to chemical attack.

Corrosion particularly affects WWTP structures that are in continually changing liquid levels, leaving damp surfaces that are exposed to oxygen. Special consideration has to be given when coating structures in sewage treatment plants because one of the more corrosive by-products of sewage is hydrogen sulfide gas.

Hydrogen sulfide byproducts attack cement, copper and iron, which gradually degrades the structure. In the case of a pipeline, this can cause wall loss and may ultimately result in the collapse of the pipe wall. The modern requirement for capping storage tanks in order to control excessive odors has the drawback of also increasing gas concentrations.

Hydrogen sulfide reacts with moisture and dissolved oxygen on surfaces in a wastewater plant and is oxidized from the (-II) to the (-VI) state in the form of sulfuric acid. The acid, which is also formed by bacteria, reacts aggressively with the cement in concrete.

In addition to hydrogen sulfide being corrosive to structures and pipes at WWTPs, the flammable, colorless gas also poses a health risk to workers. The typical rotten egg smell can be detected by people at concentrations ranging from 0.0005 to 0.3 parts per million (ppm). However, at high concentrations, a person can lose their ability to smell the gas and might falsely think that H2S is no longer present. Continued exposure to higher levels of hydrogen sulfide can result in death.

One type of coating that is ideally suited for wastewater treatment equipment is spray applied pure polyurea, which is a relatively modern material that has been developing rapidly. Polyurea and particularly the catalyst-free pure polyurea came to the forefront in 1980 when the entire outer surface of the Alaskan oil pipeline was coated in polyurea. (Learn more in The History and Industry Adoption of Polyurea Coating Systems.)

Pure polyurea coatings are formed when a liquid isocyanate is mixed with an amine based resin solution. Isocyanates are reactive because the double covalent bond attaching the carbon atom to nitrogen and oxygen atoms is easily broken to form single bonds in the more stable tetrahedral configuration around the carbon atom.

Pure polyurea coatings come as a two-part solution that is mixed under high temperature and pressure in a specially designed spray apparatus. When applied, the significant extent of crosslinking produces a dense but flexible surface. The high density makes the coating almost impervious to abrasion, water and most chemicals.

Pure polyurea coatings “snap cure” to form a solid surface in a few seconds and can be walked on without damage in less than a minute. Another advantage is the ability for it to be sprayed at very high thickness of 6000 microns (6 mm) and greater on a sloping or vertical surface without sagging or running. The surface is easy to maintain, clean and recoat if necessary.

Whereas epoxies and other paints form a solid rigid shell, the greater flexibility of polyurea coatings allow them to move with the expansion and contraction of the underlying structure as temperatures change. (For an example of this, read Flexible Coatings for Protection of Marine Structures.)

Spray coating enables quicker application and less disruption to a client's operations. The rapid cure time of polyurea means that a facility can be back on line much quicker. Unlike most other coatings, sprayed pure polyurea gels in 3 - 6 seconds and are not affected by ambient moisture or temperature. Assets can be returned to service quickly with a full cure in 24 hours.

The durability of pure polyurea and polyurea as surface protection means that money can be saved because the structure has a longer repair/replace cycle. The coatings are also easy to repair. In short, applied pure polyurea coatings offer superior solutions for liquid containment vessels. 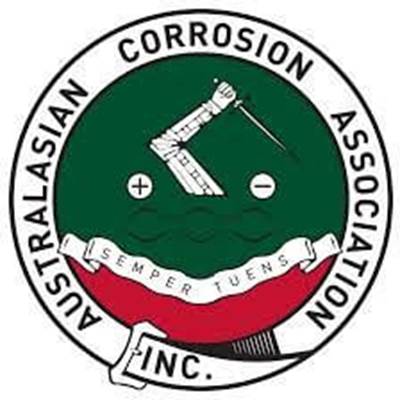 The ACA is a not-for-profit, membership Association which disseminates information on corrosion and its prevention or control by providing training, seminars, conferences, publications and other activities.