Past President of the Polyurea Development Association (PDA), Kyle Flanagan, is a coatings and polyurea chemist and entrepreneur based in California. His company, Freedom Chemical Corporation, is a leading formulator and manufacturer of specialty polyurea coatings for industrial, commercial and residential applications. Flanagan has been involved in the technology since its inception.

Across the protective coatings market, the tests of time and field experience are required for new technologies to be fully understood and adopted across an industry responsible for protecting the world’s infrastructure from degradation and corrosion. The earliest protective coating technologies, such as epoxies, were first created in the 1920s. By comparison, polyurea chemistry—developed in the early 1990s—is still in its infancy in the marketplace. (To learn more read The History and Industry Adoption of Polyurea Coating Systems.)

Of course, there have been nuances to formulations for better performance in certain applications, but there haven’t been any big jumps recently. The technology is new, but not new enough where you’re seeing these major advances. It’s just the life cycle of a product as the market begins to accept and use it in new applications.

My company, Freedom Chemical Corporation, does mostly concrete. (Concrete coatings are covered in the article 4 Types of Concrete Floor Coatings.) I’d say it’s 80% of the work that we do. There are other companies chasing down steel coating projects, such as bridges, but we’re not involved in coating bridges ourselves. In the pipeline realm, we’re seeing the accelerated use of polyureas for external and internal pipe coatings, as well as steel tanks for both primary containment and secondary containment.

Now, living it every day and competing against other coating technologies for what we do, we’re seeing firsthand how systems that include polyurea are solving problems. Where we’re different from other polyurea suppliers is that we offer a complete system. And we’re using it for applications that other people may not be really pursuing because they don’t have a system.

Where we’re having success is in working with clients who have seen the downfalls of lower-cost waterproofing systems. Now we’re making great strides in new construction, where owners with several facilities in the multimillion dollar range don’t want to go cheap with water protection. They have seen enough failure with lower-cost solutions that they’re willing to invest in higher-cost polyurea systems.

Our system is warranted for a 10-year service life, and although there may be some maintenance on the system, we don’t really predict any necessary maintenance of the polyurea layer itself. This is because polyurea is usually applied at two to three times greater film thickness compared to other waterproofing membrane chemistries. That’s really the cost difference. It’s not that the chemistry itself is more expensive; it’s just that by application method, you put more of it down.

The service life of polyurea tends to extend up to 20 or 30 years, minus any movement that could crack or tear it. But this kind of problem is covered in the warranty. The wear surface, particularly in a vehicular traffic coating system, may need maintenance 5 to 10 years down the road.

I can’t tell you how many times we walked into projects where they had put down thin-film chemistry traffic systems. Well, a thin coating with a lot of cars driving on it doesn’t really stand the test of time in a lot of cases. When we go in with a vehicular system using polyurea, it’s built to last. And polyurea itself is a more robust chemistry in terms of durability, flexibility, tensile strength and elongation—all characteristics that improve the performance of a coating.

An update released in mid-2014 of SSPC’s Guide 20 has been a big help for contractors applying thick film coatings on concrete floors. This guide is an improvement for the industry because it is organized in the same way that a new construction project would progress, and it addresses common field challenges.

As we’re seeing on our current project, it is common in new construction for the coating application process to start and stop to allow other trades to come in. This is done to keep projects on schedule, where delays can be very costly.

So the coating specification has to cover the stops and starts that happen on new construction projects. We have made strides to allow for this in the specifications and in formulating the coating systems themselves. Some other issues that this guide addresses include how to evaluate moisture in the concrete (which can affect adhesion), surface preparation and other specification guidance.

A second new standard for polyureas is SSPC-PA 14 with requirements for field applying multiple-component polyurea thick film coatings on concrete and steel.

Again, with any new type of coating, it takes time for the industry to adopt it and for standards to be developed based on several years in the field and lessons learned in many applications. 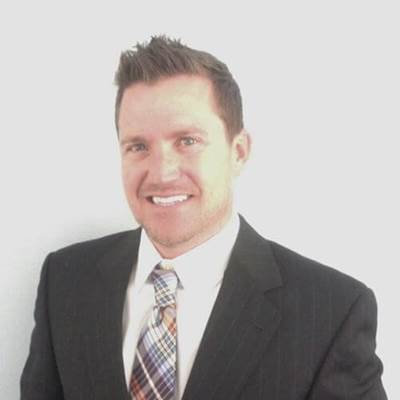 Past President of the Polyurea Development Association (PDA), Kyle Flanagan is a coatings and polyurea chemist and entrepreneur based in California. After receiving his BS in environmental chemistry from the University of Houston at Clear Lake, Texas, he began his career with The Dow Chemical Company, serving eight years in the Polyurethanes Research & Development and Polyurethane Systems House.

8 Things to Know About Polyurea Coatings

The Future of Polyurea Coatings