To determine the factors behind salt-induced corrosion under coatings, both the physical and chemical aspects of delamination must be considered.

Due to the complexity of the mechanisms of salt-induced corrosion under coatings, much of which is still theory, there are many interpretations and assumptions made to get to a desired conclusion. Oversimplification may very well be leading to confusion and misunderstanding of the subject.

The facts gathered, screened, filtered and analyzed (for which third-party references are available on request) are summarized as follows: All coatings are defined as semipermeable membranes and have varying vapor transmission rates. Water in the form of vapor moves freely from one side of the coating to the substrate under the coating and back out until pressure is equalized.

Physical coating adhesion is compromised as a result of the distending of the coating where the salt solution has formed and builds up. Yet there is an equally important set of chemical dynamics that come into play because the presence of the salt solution results in all the ingredients necessary for salt-induced corrosion: moisture, oxygen and the electrolyte.

The conductive pathway through the metal to the cathodic region on the surface of the steel balances the anionic region (pit) where the metal is being dissolved, and electrons being generated in the anion region find their way to the cationic region around the pit. Cathodic (alkaline) contacts develop on the metal surface around the anodic (acidic) region. (This is why pitting is localized—at the surface around the anodic region, an alkaline cathodic region develops, which balances the acidic anodic region.) The reactions at the cathodic region—for example, the sodium that was associated with the chloride reacts with the hydroxide (OH- from H2O)—are alkaline (NaOH). More water is drawn to the cathodic region due to the concentration of localized alkalinity, which sets up an osmotic pressure gradient. (Learn more about the chemistry involved in the article Corrosion Electrochemistry: The 6 Electrochemical Reactions Involved in Corrosion.)

Also known as cathodic delamination, blistering occurs at the cathodic contact points, not at the defect (anionic pitting area). The alkaline environment destroys or weakens the adhesion of the film producing the osmotically active products at the metal/coating interface mentioned in #3. Epoxies, for example, are incompatible with alkaline substrates because the alkalinity interferes with the cross-linking functionality of polymeric substances (nor does it allow polymeric epoxies to cure properly).

The anodic region, where the metal is being dissolved in a very acidic microenvironment, is of great concern because it is the place that can lead to structural weakening and loss, and ultimately result in potential catastrophic failures.

The tendency is to deal with only the physical aspects of delamination, because it is much easier to explain. The chemical aspects are just as important, so the type of anionic species is relevant because of its corrosivity. The more aggressive an anionic species, the more critical the impact of the chemical interchanges between the coating and the substrate. Knowing what anionic species is present and its concentration (amount) is important and directly related to the outcome of the coating performance. 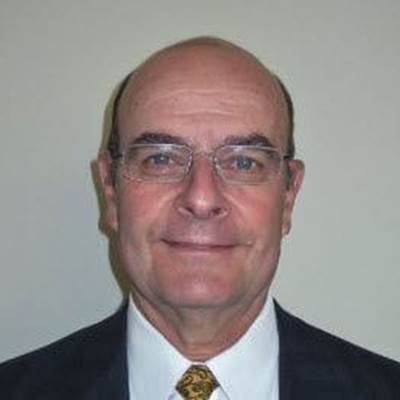 Educational background includes an undergraduate degree in chemistry and an MBA.

Over 30 years’ experience in the chemical, refining, petrochemical, and capital equipment industries with service in various U.S. and global assignments including sales, business development, marketing, and business management.

An active member of SSPC, NACE, ISO, API and ASTM. Author of papers on international chemical marketing, business development and technical issues, and speaker at industry conferences including SSPC and NACE national conventions.