Whichever DIY treatment you decide on, completing the process will generally require some form of mechanical rust removal and applying common chemicals (some environmentally friendly) to the affected areas.

It’s certainly fair to say that prevention is better than cure when dealing with corrosion, which is why it’s incredibly important to know your way around the myriad coatings and treatment options available. (For more about prevention, see Coating Failure: Why a Preventive Strategy is the Best Way to Avoid it.)

However, when tools, fixtures and fittings are constantly under threat from so many different types, causes and severities of corrosion, it’s still alarmingly easy for it to sneak up on you and start causing problems – often before you’re fully aware that it’s doing so. (Background information is available in Human Error as a Factor in Corrosion Failure.) Thankfully, even if attempts at preventative measures haven’t worked out and you find yourself having to tackle a mild to moderate case of corrosion in a project or workpiece, there are numerous remedies you can apply to improve matters before having to accept defeat in the name of a full-blown corrosion failure.

Understand the Type of Corrosion and Its Severity

Before you start making any decision on the best procedure to apply, the first step should always be to understand the type and severity of corrosion you’re dealing with. There are various corrosion types you might typically encounter in the home or workshop environment, including pitting corrosion, galvanic corrosion, crevice corrosion and – less frequently in most cases – concentration cell corrosion (the latter occurring as part of a metal’s reaction during an electrolytic process). (You can find an extensive list of corrosion types in the article 21 Types of Pipe Corrosion & Failure.)

For most corrosion encountered under normal workshop, home or garden circumstances, the three main culprits are likely to be pitting, contact and crevice corrosion. In the majority of cases, the first tell-tale sign of these corrosive processes will be the formation of surface rust, which is the visible result of oxidization (a chemical reaction between oxygen, moisture, and various iron alloys, including steel).

Pitting corrosion can be especially problematic, as it forms when metals are eaten away either at or just below the surface, leading to the characteristic pits, holes and divots that give this type its name. Unlike many other forms of corrosion, it can quickly become a significant structural issue because it reduces the thickness – and ultimately the shear behavior – of affected materials. It’s also harder to spot in some cases because, like deposit corrosion, it commonly occurs beneath a semi-permeable membrane without leaving extensive surface damage, particularly in scenarios where a preventative coating is unsuitable for the base material or has been improperly applied.

Contact and crevice corrosion are typically easier to respond to, and will often present as more of a superficial issue than a structural one if caught and treated early. Contact corrosion usually occurs where a non-corroded surface is left in prolonged contact with another surface that already shows signs of rusting, whereas crevice corrosion develops when moisture is present between two closely fitting components (e.g., nuts and rivet heads). These are the varieties you’ll most commonly be dealing with when trying to revive neglected tools or outdoor metalwork projects, for example.

Start to Remove Corrosion by Cleaning

While most DIY corrosion remedies will typically require a fair amount of elbow grease to yield superior results, they needn’t be expensive or complicated processes to carry out at home or in the workshop. As counter-intuitive as it seems, the first step in treating most cases of corrosion at home will be to wet down the surface you’re trying to clean up: this serves both to help any powders or chemical treatments adhere to the metal long enough to start working, and also to prevent rust flakes from becoming airborne during cleaning. Even so, it’s always advisable to wear goggles and a breathing mask while tackling corrosion that involves any degree of visible rust.

Following the wetting-down step, there are then a wide range of options available for applying various chemical products to the workpiece or surface, which will begin to attack both the surface rust and the underlying causes of corrosion. As the various subsection titles of this handy corrosion treatment guide highlight, in complex or severe cases you can always resort to more involved methods such as electrolysis and laser treatment, but it’s also possible to achieve surprisingly effective results on less severe cases of corrosion using such everyday household products as vinegar, Coca Cola, baking soda and molasses.

Using baking soda is a particularly straightforward (and environmentally friendly) DIY remedy for cleaning up localized areas of light visible surface rust and corrosion. Applying powdered backing soda either directly to damp metal, or by mixing it into a thick paste with water – or better still, lemon juice – is an effective treatment for mild cases of superficial corrosion. The soda should be left in direct contact with the affected area for a period of 2-3 hours, and then aggressively scrubbed away with a hard-bristled or wire brush.

White vinegar works along similar lines, while other home remedies detailed in the above guide feature numerous dip treatments (including both molasses and Coca Cola, which both rely on sugars and acids to attack and dissolve the surface rusting) that take significantly longer, but can deliver equally impressive results with less manual scrubbing needed to complete the process. Other submersion techniques include relatively simple electrolytic cleaning processes, whereby an electric current is passed directly through an ionic substance containing the corroded material.

Whichever treatment you decide on, completing the process will generally require some form of mechanical removal to clean up any remaining rust or residue once the bulk of the corrosion has been addressed.

The best approach for mechanical removal will depend entirely on the size and shape of the workpiece, but if access to the affected areas is possible with a stripping disc, grinding wheel, carbide rasp or sanding pad attached to an oscillating tool or drill, then this will likely offer the most effective and efficient results. Wet-and-dry sanding while moving from coarse to fine grit is generally preferable to dry sanding alone, but always be mindful to thoroughly dry any metal surfaces as quickly as possible once they’re back in contact with oxygen. 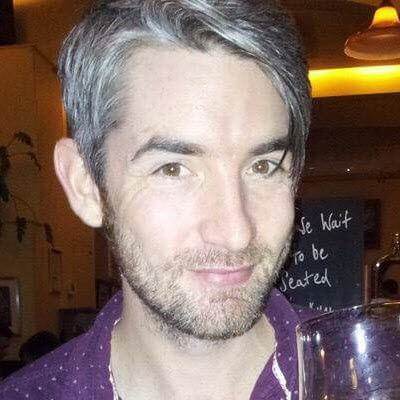 Daniel Folks is a freelance writer, editor and marketer based in the North of England. His work covers many areas (as freelance works usually has to) but recently he has been researching and creating content about metal fabrication, welding, and how to treat and preserve metal. This most recent work has brought him into contact with the world of corrosion, which is the reason you can find his work here. Daniel has a wife and young family who occupy most of his free time, but he also likes to get out for a cycle and a walk in the countryside when time allows.
Read Daniel Folks’s bio