A renowned corrosion expert, author and past president of NACE International recounts one of the most challenging coating failures he witnessed during his long career, as well as lessons learned.

What happens when an aging oil tanker is converted to a floating production and storage operation (FPSO), and then is put in service 12 additional years over the original three-year coating durability specified?

What comes to mind was a monstrous failure where a company decided to convert an old oil tanker into a floating production and storage operation (FPSO). (For a look at new ships, read Mega Rust: Navy Trends in Shipbuilding & Corrosion Control.) The expected life of the field in which they were producing was estimated to be only three years, so they decided to take a shortcut to get it to market fast.

Instead of doing the job right, they did what we call a "shoeshine job." They took it into a shipyard and got it done as quickly and cheaply as they could, and put it to work. But after a short time, the tanks began to fail and leak.

Considering the Total Cost of Ownership for Assets

The company’s rationale for the quick-turnaround job was: “This field only has a three-year service life. If we can make it work for three years, that will be good enough.”

Unfortunately, they were still drilling in that field. All of the sudden, they hit some new deposits and the field they thought would only last three years wound up having a 15-year life.

The tanker, meanwhile, started falling apart. They had to repair it on the site while it was producing, and the cost was outrageous—all because they decided to take the cheap route instead of doing it right in the first place.

So many times, a first-cost decision is made by the purchasing department because they want to be able to say, “Oh, I saved the company a million dollars.” But for 15 years, they must keep spending money on top of money just to keep the facility going—because it wasn’t done right at the start.

In this FPSO failure case, we had to fix the coatings in the tanks and on the hull above and below the waterline, while the process was actually working. We wrote a specification for repairs and painting that involved emulsifiers and high-pressure water jetting to clean the tanks, abrasive blasting, then applying the coating system.

The problem was that the steel structure was so corroded that the tank walls were actually leaking oil from one tank into another. It turned out that the structure of the ship itself was also in poor condition.

It was an old, single-hull tanker, so the only way that they could keep it afloat was to change sections of the hull while it was in production.

They had to design a completely new system to take off one course of steel at a time from the hull and replace it. They used a limpet structure that was actually a cofferdam attached to the exterior hull of the ship. They designed it so it would hold itself against the ship magnetically and with a vacuum assembly. They could draw out all the water, and dehumidify. They then went in and actually cut out steel, replaced the steel, abrasive blasted and coated it—above and below the waterline. It involved a specially designed structure.

The repairs involved a whole lot of technology just to be able to keep that ship afloat and working while they were repairing it. It was a horrible expense—much more than the expense of that ship had they done it right to begin with. (See Applying Protective Coatings to Ships in Cold Winter Conditions for another example of less than ideal maintenance requirements.)

Isn’t it amazing how there is often not enough money allocated to do a job, yet there is plenty of money to repair that job?

Capital budgets are easily quantified, but maintenance budgets are fraught with unforeseen expenses brought about by corrosion that would not have occurred if planning and execution had been properly designed and administered.

To summarize, I’ll say it again: “Cheap is expensive.” 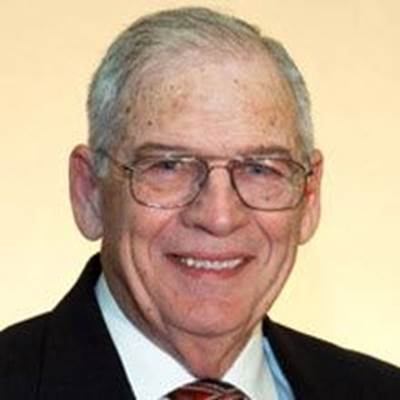