What Does Sieve Analysis Mean?

A sieve analysis is an analytical technique used to determine the particle size distribution of a granular material with macroscopic granular sizes. The sieve analysis technique involves several layers of sieves with different grades of sieve opening sizes.

The finest sized sieve lies on the bottom of the stack with each layered sieve stacked above in order of increasing sieve size. When a sample of granular material is placed on the top sieve and sifted, the individual particles of the material are separated onto the final layer that the particle could not pass through. The base of the instrument contains a shaker, which facilitates the filtering.

Performing a sieve analysis is important when analyzing materials because their particle size distribution can affect a wide range of properties such as the strength of concrete, the solubility of a mixture, their surface area properties and even their taste. In a large number of industries such as food and pharmaceutics, traditional sieve analysis is a standard procedure for a variety of production methods and quality control of powders and granules. Sieving is sometimes performed when selecting media for abrasive blast cleaning.

Some advantages of the sieve analysis include easy handling, low investment cost, accurate results in a reasonably short period of time and the possibility of separating the particle size fractions. 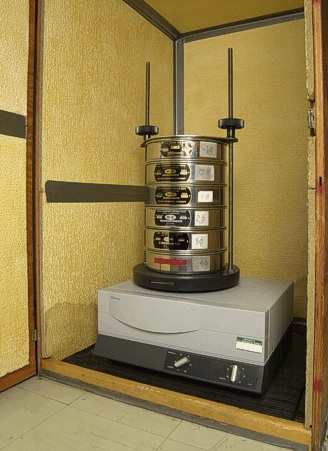 Figure 1. A commercial sieve shaker with a stack of various sieve sizes.

Sieve analysis works well for large granules that are approximately spherical in shape. Shapes that deviate strongly from spherical, such as those that are rod shaped, or granule sizes that are very small can cause errors in the sieve analysis process.

Sieve analysis may use sieves of various types, depending on the sieve hole size range.

Commercial sieve analyzers can weigh each individual sieve in the stack to determine the weight distribution of the particles.

A few sieve types and their nominal aperture ranges are as follows:

Methods for Performing a Sieve Analysis

The actual sifting process can be carried out using various methods, such as:

From this data a distribution of granule size can be displayed graphically. The distribution, called a gradation, can be described as either: