Moisture as a Cause of CUI

Moisture is one of the major factors to consider when investigating corrosion under insulation (CUI). Accumulating water within an insulation system can wreak havoc on metal piping, ventilation and other insulated surfaces, originating from a variety of sources, including condensation within the systems, water spray from deluge systems, drift from cooling towers, process leakage or rainfall. (For more about the causes of CUI see An Introduction to the Root Causes of CUI.) But moisture can cause another problem while it goes untreated: a weakening in efficiency.

The industry consensus is that most insulation systems, in certain temperature ranges, will get wet. Corrosion rates are reduced below freezing temperatures, and at elevated temperatures above 149°C (300°F) most moisture evaporates before reaching the surface. Therefore, the target temperature range for CUI is 0°C – 149°C (32°F – 300°F). This is where owners should assume that these systems would become saturated. Whether the cladding was installed improperly or was damaged from a number of possible causes, the general thought remains that moisture will eventually enter the insulation system. (Learn how moisture impacts corrosion at higher temperatures in The Detrimental Effects of Wet Insulation in the CUI Range.)

Regardless of the cause, once the insulation gets wet there is a significant impact on efficiency. In heated systems, moisture ingress causes convection cells to form within the insulation where water vapor is generated on the steel surface and driven outward. It condenses on the inside of the cooler jacket wall and then is reabsorbed by the insulation in a process known as refluxing. Refluxing leads to concentrations of corrosive species in the insulation.

The Promise of Aerogel Insulating Coatings

Researchers developed a test that evaluates the thermal performance of various insulation materials before, during, and, most importantly, after being submerged in water.

The test consisted of a five-foot trough that could be filled with water and drained. Six-foot-long, 2” diameter copper pipes were insulated with the appropriate materials. Thermocouples were installed on the inlet and outlet of these pipes in order to monitor the individual efficiency of each pipe. The thermocouples recorded the water temperature as it came into the pipe and also as it left the pipe. A water heater pumped 60°C (140°F) water through the copper pipes, and a water chiller was used to maintain the water in the trough at 10°C (50°F) when flooded. This ensured consistency in the water temperatures being circulated through each pipe. Figure 1 is a diagram of the test set up. Before installing any of the insulation materials, the bare pipes were run dry for several days to establish a baseline and to demonstrate consistency across the various positions in the trough. As expected, heat loss from the pipes increased dramatically when the trough was filled with water. Once the water was drained from the trough, the bare pipes returned to their initial dry performance within a few hours.

Once a baseline was established on the bare pipes, they were then insulated with the appropriate test materials for longer-term evaluation. Four different pipes were tested, including:

An insulation contractor completed the installation of the mineral wool and cladding after the two pipes were coated with the same epoxy primer. The duplex pipe then had two coats of the aerogel coating applied and both pipes were wrapped with 2” mineral wool. The aluminum cladding was installed over the mineral wool. In all cases, the pipes were weighed before being placed back into the trough to note a baseline weight of the original insulation. The test data became interesting once water was introduced into the trough. The heat loss performance was first measured while submerged in water, showing a drastic spike in heat loss on the mineral wool pipe. The submerged data was telling, but the main purpose of the testing was to see how these materials reacted to getting wet and the impact on their long-term performance.

The drop in performance of the mineral wool is driven by a couple of factors. First, during submersion there was water ingress into the insulation through small leaks in the cladding. The water was absorbed by the fibers and it filled the air pores between the fibers. This effect was evidenced by the weight gain of the systems. The original weight of the mineral wool was 1.4 lbs.; the weight after being submerged was 10.2 lbs. During the 3-month check, the mineral wool still was 3.3 lbs., which is well over twice its original weight. In higher temperature applications, more of this water will likely evaporate, but while wet, the insulating air inside the mineral wool is displaced by moisture.

Facilities are doing more every day to minimize potential issues related to CUI. However, the economic impact of energy loss due to wet insulation is often overlooked. It can take several years to detect CUI, during which time the insulation is underperforming and costing the facility owner. An understanding of the financial ramifications of wet and underperforming insulation is a necessary step in not only developing a CUI strategy, but also selecting the proper insulating materials for any given environment. 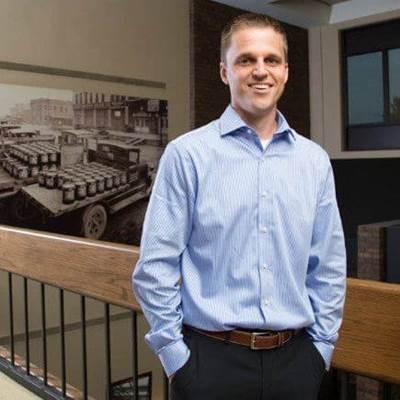 Andy Hoffman, Product Manager of Insulation and Specialty Products with Tnemec Company Inc., covers new product development, management of specialty coating systems, and coordination of their enhancements. Hoffman is well-versed in the insulation market and the attributes of insulating materials.