In the past decade, five studies have been performed in the field of surface preparation that are pertinent to our discussion. Although the research projects referenced were not conducted specifically for this exact issue, they contain results that are of interest and relevance around the question of whether higher surface profile (topography) increases coating adhesion. (For more on this subject, see Questioning Current Methods in Defining Proper Coating Surface Profile.) 2. In 1983, Corrosion Control Consultants and Labs, working with the Michigan Department of Transportation, concluded that there have been more coating failures due to excessive profile than low profile. Bear in mind that this is in contrast to no profile. The test assumed that the steel had been blasted to create profile, but the profile was low.

3. In 2005, authors Roper, Werner and Brandon investigated the effect of the peak and valley count in the profile, commonly called the peak count. This is simply a measurement of the number of peaks and valleys in the profile. There are two outcomes from their research:

It is generally assumed that to increase the peak count, you must have a smaller profile because you are using a smaller abrasive. In addition, it is a general belief that a consistent profile height will provide better coating performance. A higher peak count generally means a low surface profile reading.

4. In 2011, Extrin Consultants looked at the adhesion of coatings over surfaces blasted with six different abrasives. This is extensive research with a large database of results. In those results, there is no correlation of greater coating adhesion being achieved on a surface with higher surface profile. 5. In 2008, Darren Ward from International Paints in the UK investigated profile shape—that is, the profile produced by angular grits versus rounded steel shots. He concluded that there is no significant difference in performance when comparing different grades of shot or grit. Figure 8 – Corrosion creep according to NACE: To test whether profile height affects adhesion, we used a single abrasive type to a universally accepted cleanliness of blast. The same coating (a solvent-free epoxy) was applied in three different coating thicknesses to three different profile heights. We used Testex tape to measure the surface profiles. Our results also showed the limitations of utilizing Testex tape over a wide range of profile heights requiring the use of different Testex tape ranges and the variation between the different grades of Testex tape.

To calibrate the gauge for a 250-micron coating, 300-micron shims were used to create a rough surface calibration in order to get an accurate coating thickness reading of the full thickness of the coating above the tops of the peaks of the surface profile. In conclusion—assuming that the results of the test provide a consistent profile shape, cleanliness and peak count—there appears to be no statistical reason to insist on higher surface profiles for higher-film build coatings, say above 400 microns, which is the lower end of the DFT range for solvent-free UHB coatings used today. This may be counterintuitive to the traditional thinking in the industry; however, this does correlate with other research done in the field.

There are other factors that will affect coating adhesion, which we know of. These include cleanliness or class of blast, the peak count, the profile shape and whether there is a profile. But there is still much debate around how surface profile should be measured:

There is also a question about what is a suitable minimum profile. Further research needs to be done in this area. The range of profiles discussed in this paper are from 30 microns to 125 microns, or 1 mil through to about 5 mils. This is the level of surface profile generally seen if the steel surface is cleaned by traditional abrasive blast cleaning or shot blast using Wheelabrator-type cleaning machines.

We do not have data to suggest that a lower profile than 25 microns or a greater profile than 125 microns will affect coating adhesion. With the research that has been discussed and more recent tests completed showing correlated results, one would be comfortable with assuming that if the steel is clean and there is more than a 30-micron profile, the chances of a well-established coating performing well on an adhesion test is very high.

***
More articles in this series: 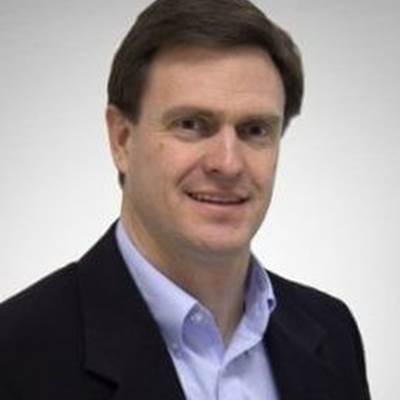 Jim Gooden has been involved with the corrosion control industry since 1989. He aspires to improve the quality of corrosion prevention projects through educating the various players involved. As technical director with the Blast-One International Group, he leads the global project team responsible for reducing the cost of corrosion control.

IOZ Coating Surface Preparation Is Easier than You Think