Paired with an approved primer, thermal insulating coatings are extremely effective at preventing CUI for the long term.

Corrosion under insulation (CUI) causes many safety hazards in industrial facilities, many of which are prevented by using Mascoat's insulating coatings.

In our last Quarterly Newsletter, we described multiple safety hazards in industrial environments that are easily prevented using Mascoat’s thermal insulating coatings. If you missed it, you can read about it here. One of the biggest hazards that was not mentioned, that Mascoat can help prevent, is corrosion under insulation (CUI). (Be sure to read An Introduction to the Root Causes of CUI with Monica Chauviere for more about CUI.) The list of ways CUI can cause fatal accidents seems to be never ending, but it has been shown time after time that CUI is no longer an issue after Mascoat’s insulating coatings have been installed.

CUI can weaken the integrity of the substrate it has invaded, which leads to costly maintenance every few years. Another more dangerous consequence that it can lead to is spills and leaks. Not only can workers be exposed to hazardous chemicals, but also fires and explosions are a much stronger possibility. Once a substrate is weakened by CUI, a leak can easily occur from internal pressure or an external source, such as a worker dropping a tool.

Paired with an approved primer, Mascoat’s thermal insulating coatings are extremely effective at preventing CUI for the long term. CUI occurs when moisture intrudes into the insulation, which it will almost always do no matter how good of a jacketing system is installed. Once that moisture has intruded, a sacrificial primer will eventually degrade, exposing the metal to corrosion. Mixing elevated temperatures with moisture will result in a very corrosive environment. When an insulating coating is applied, it effectively seals the substrate and primer from the outside environment, never allowing water intrusion. In fact, there are several worldwide refining companies that take equipment out of their costly CUI programs once Mascoat has been applied, saving these companies thousands upon thousands of dollars.

A client once called a Mascoat Representative looking to use a thermal insulating coating on a Number 6 Oil Tank. The plant manager needed a solution after they had a serious leak caused by the CUI inspection team. Apparently when the inspector went to take an ultrasonic thickness measurement of a badly degraded sidewall, he poked right through the weakened structure and caused an oil leak in the facility. Luckily no one was hurt, but after that incident, the plant manager knew they needed a better insulation, and they found one with Mascoat. As a matter of fact, the refinery has not had any CUI issues on that tank after the application of Mascoat Industrial-DTI.

If you are having issues with CUI at your facility, contact us today. 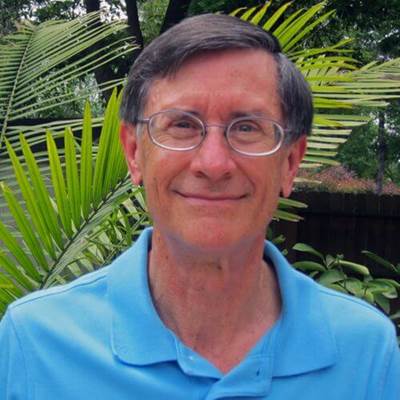 Howard has a Bachelor of Science Degree in Biology at the University of Houston. He worked for Shell Oil Co. for 32 years and retired in 2009. During his career he worked in biochemistry, epoxy resins technology, materials testing and was a coatings specialist for 17 years. As a coating specialist he was responsible for Research & Development on many different coating issues, on technical support, writing coating specifications and for qualification of coating products.
Read Howard Mitschke’s bio

How Thermal Insulating Coatings Can Be Used to Prevent Flood Damage