The Role of Metal Jacketing in CUI

A pipeline’s jacketing must be such that it prevents any moisture ingress into the insulation system to prevent corrosion under insulation (CUI).

Corrosion is by far the biggest problem that is being faced by the oil and gas industry. Millions of dollars are lost just because of corrosion in the pipelines. The money spent on corrosion includes:

The Hazards of Corrosion Under Insulation (CUI)

Corrosion under insulation (CUI) refers to the localized corrosion of the external surface of an insulated pipeline or equipment owing to the ingress of condensed moisture or rainwater into the insulation system. Pipelines, mainly manufactured from carbon-manganese, low alloy and austenitic stainless steel undergo galvanic, pitting, stress cracking and crevice corrosion in the presence of moisture underneath the insulation system. Because the corroded surface is covered under layers of insulation, CUI is very difficult to detect except during an inspection run. It can only be detected when the layers of insulation are stripped off to check for any signs of CUI, otherwise it is noticed by an abrupt loss of efficiency of the insulation or by leakages. In extreme cases, CUI can go undetected until the pipeline or equipment has failed and resulted in an accident.

CUI is one of the major causes of accidents in the oil and gas industry. Since 1984, out of 137 major oil and gas accidents in the European Union countries reported to the eMars database (online Major Accident Reporting System), over 20% have been associated with corrosion. CUI results in an uncontrolled release of hazardous substances that causes damage to the components and a reduction in the reliability and performance of the equipment, ultimately leading to complete failure. CUI-related accidents have devastating consequences that creates risk to human life and local ecosystems, and causes serious damage to plant equipment to the point of causing a plant shutdown. There are immense economic losses associated with these accidents. In the U.S alone, corrosion accounts for the loss of around US$3.7 billion of economic losses every year.

Moisture from rainwater and condensation enters the insulation system through the weak points such as failed sealants on overlaps, equipment covers, ruptured jacketing, screw and rivet holes and any other area with improper insulation. The insulation is designed to prevent moisture ingress into the system; however this also means that any moisture entering the system is trapped within the confines of the insulation and is unable to escape. In time, this leads to an increase in the moisture concentration within. Moisture in the insulation system significantly affects the thermal performance of the insulation material and also creates conditions ideal for corrosive attack. Most insulation materials contain corrosive substances such as chlorides and sulfur dioxide (SO2), which in the presence of moisture, act as a catalyst and enhance the rate of corrosion. Most cases of CUI occur due to improper materials and material combinations. Therefore, serious consideration must be given to material selection at the design stage to prevent CUI. (For more on this subject, see Why One Insulation Material Does Not Fit All Applications.) The design and orientation of the insulation system must be such that it prevents any moisture ingress into the insulation system.

Crevice/pitting, galvanic and stress concentration cracking corrosions are the most common corrosion mechanisms that lead to the failure of stainless steel components by corrosion under insulation, which occurs when water ingresses into the system. Recommended steps to prevent CUI include [8]:

There are numerous types of jacketing, many of which are discussed in the remainder of this article.

Metal jacketing is the most popular jacketing system within the oil and gas industry and is used on the majority of projects around the world. A metal jacket is wrapped around the pipeline, overlapped, sealed using silicone-based sealants and secured using metal banding and other ancillary products. As the first line of defense against varying weather conditions, thermal stresses and mechanical abuse, it is imperative that appropriate materials and fixing systems are employed based on the application to minimize CUI.

Aluminum is the most widely used metal jacketing material because of its low density (2.7 g/cm3), excellent formability and high corrosion resistance. The formability allows it to be manufactured in a range of finishes that have their advantages based on the application. The finishes include stucco embossed or corrugated, which imparts extra strength into the materials and hides minor imperfections that would otherwise be visible on a plane sheet. However, the finish tends to hold surface contaminants that may lead to corrosion of the jacketing.

A major disadvantage associated with aluminum is its low melting point of 660°C (1,220°F); therefore it is not a preferred choice in applications with a high risk of fire. For such applications, stainless steel is a preferred option for metal jacketing as it has a melting temperature of above 1,400°C (2,552°F) and therefore delays the effect of fire.

Stainless steel grade 316 has a PREN of 28.5, which is higher than most stainless grades. Stainless steel also has a good resistance to stress corrosion cracking (SCC) owing to its excellent mechanical properties. These properties allow stainless steel to be specified for most corrosive, chemical and marine environments.

Galvanized steel coated with aluminum, zinc and silicon is a cheaper alternative to stainless steel and offers good corrosion resistance and mechanical properties. This material is still not a good candidate for fire resistance applications. This is because the zinc coating on Aluzinc melts at around 416°C (781°F) and atomizes at 550°C (1,022°F). The diffusion of molten zinc in stainless steel causes liquid metal embrittlement (LME). The degree of penetration is dependent on the temperature and the duration of exposure to zinc. This can lead to corrosion of stainless steel at an exponential rate.

Coatings are used on metal jacketing to improve its performance in terms of corrosion resistance, thermal radiation and noise insulation. (Read The Use of Insulating Coatings for Hazard Protection for more information on this topic.)

A moisture barrier is a 3-layer polyethylene coating that is laminated on the underside of the metal to prevent any contact with underlying insulation layers and moisture. The moisture barrier helps to prevent galvanic corrosion by eliminating the possibility of an electrolytic interaction between the jacketing and the pipe.

A fluoropolymer coating is often specified for the top surface. This is because a fluoropolymer is one of the most stable coating systems. Additionally, fluoropolymers exhibit a high surface emissivity compared to other coating systems. This helps to enhance thermal radiation and ensure a lower, safer, surface temperature of the pipeline compared to bare metal. This also reduces the thermal gradient between the fluid and the outside surface, reducing the heat flow rate. Fluoropolymers also exhibit high UV resistance, high emissivity and good hydrophobic properties.

For a noise insulation application, a layer of high-density barrier is used to replace the moisture barrier. A high-density noise barrier bonded to the metal will perform as a thick moisture barrier on the underside of the metal jacket while maintaining the sound decibels within safe limits for personnel protection. Mass loaded vinyl is the most common material used for this application.

Insulation accessories include fasteners and sealants that perform the job of securing the insulating material and the jacketing in place. The accessories play a vital role in preventing moisture ingress to mitigate CUI risks. Failure of the accessories can render the whole insulation system ineffective as it would allow moisture to enter into the system.

On circular pipe sections, the metal is wrapped around the insulation, which is then secured with metal banding. However, on insulation boxes, which are used to insulate valves, flanges and equipment, the use of banding is not practical. Therefore, screws and rivets are generally used to secure the jacketing. Another problem associated with the installation of screws is that when the screws are drilled into the sheet, predrilling with a drill bit and tapping with carbon steel screws is required. This predrilling and tapping causes swarf of metal that sit directly under the screw head. In the presence of moisture from rainwater and condensation, this creates ideal conditions for corrosion, causing the screw heads to corrode and fall off, which may lead to the failure of the insulation system. This can be prevented by using a superior grade of stainless steel to produce screws. Duplex stainless steel grade 318L can be a viable option as it sits higher than stainless steel 316 in the galvanic series; it has a pitting resistance equivalent value (PRE-value) of around 32 and is three times as hard as SS316. Higher hardness eliminates the requirement of tapping with carbon steel screws and also, prevents thread damage. A high PRE-value prevents corrosion of the screws, thereby improving the life expectancy of the system significantly.

There is no standard method to prevent CUI, only a series of best practices, which when followed properly along with the use of appropriate materials can mitigate the risk of CUI. To prevent any damage, the smallest parts of the system, including fixing systems (banding, screws and rivets) should be given attention to be able to create a system with minimum CUI risks. A system like that can be created; however, it requires careful attention to each component of the insulation system. 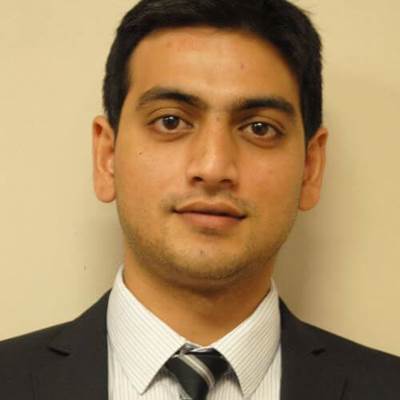 Kashif Mohammad is a Chartered Engineer, currently working at BS Stainless Limited based in the UK. He leads the R&D activities within the company and has helped BS in developing a range of metal jacketing system for process pipelines and a manufacturing machine for application of coatings on metal jacketing. His interests lie in heat transfer, corrosion, materials and high-performance coatings.

Throughout his career, he has worked on several corroborative R&D projects, funded by the UK government, with academic and commercial partners to develop new innovative products.

He is a member of Institution of Mechanical Engineers (I.Mech.E) and works closely with the local committee to promote science and engineering.

Duplex Coating: How it Works, How It's Applied