Glen Bishop was the Surveyor for Class Society (insurance authority) World-wide. While surveying, he saw ships with electrolysis hull damage, most frequently around the power generation area. Two hundred ships per year were being severely damaged with a high proportion of them sinking. In 1992 over a 3-week period his vessel became porous while docked in a new mooring with a steel post between each vessel. Ten years and 220 tested vessels later he found his answer.

Ten years ago Glen began developing an instrument that would test if electrolysis was occurring on vessels. As regular instruments were not precise enough he created a prototype and then tested 220 vessels. The prototype was perfected and he has been clearing vessels of electrolysis ever since. His early clients were in and around Australia, and he has since expanded to a worldwide presence. 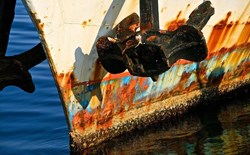 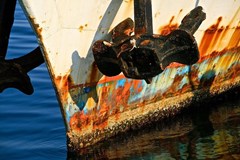 How to Stop a Ship's Marine Corrosion in 3 Steps


Discover the three-step process to stop corrosion in metal ships: identify marine corrosion, understand the cause and eliminate the cause.

How to Extend the Service Life of Electric Submersible Pumps