To provide optimal solutions for owners and efficiency during operations, we must use technical truths to determine the best course of action, and not blindly default to the specification as a crutch.

“Everything should be made as simple as possible, but no simpler.”
-- Albert Einstein

I started in the coating industry in what would be considered today as a child laborer. I was 9 or 10 going out with the “guys” lining the bottoms of 275-gallon oil tanks in people’s homes.

Fast forward some 40-ish years later and I’ve worked on thousands of projects, from as small as circuit boards to 6-story tall sculptures, multi-million gallon storage tanks and swimming pools of the rich and famous.

The tank is one of a pair of riveted tanks built shortly after the launch of the Titanic and is located in a historic Chicago building. It’s small, roughly 12-feet diameter, and 12-feet tall and contains drinking water. Being the coating nerd that I am (and I embrace my nerdiness, thank you very much) I was really excited to see how my handiwork had held up since the late 1990s, around when President Clinton was impeached and Viagra was introduced (Coincidence? I think not).

As I climbed up the last three stories of the 22-story landmark, the details of the job started coming back to me.

I don’t even know if NACE, SSPC and AMSE standards were around back then. If they were, we were unaware. Back then, our spec would have read something like, “Blast the heck out of it until it’s nice and white and rough, and spray on the coating really thick. Be sure to goop it up really good over the rivets.”

We were slightly more sophisticated than that, but not much. We used 1240 blast grit which we knew would give us a 3 to 5 mil surface profile (topography). We knew we needed to get the steel white. The coating used was approved by the NSF, 100% solids epoxy that was a dickens to spray.

I didn’t particularly care how thick I sprayed it, since it was 100% solids. That is, there were no solvents to get entrapped within the curing film.Did I have a wet-film thickness gauge with me? Of course not. I wouldn’t have known what one was had you handed it to me gift-wrapped with a rose. So we abrasive blasted the heck out of it. We repaired the hole with layers of resin and fiberglass, and then overcoated the entire tank.

Upon inspection in late February, the coating looked as ugly as it did the day I installed it. It was filled with runs, drips, sags and evidence of a spitting spray tip. Yet there wasn’t a drop of rust in the tank, other than in a couple of rivets well above the water line and around a fitting.

The coating, for all intents and purposes, was perfect. We determined that there was absolutely no corrosion going on inside the tank and the coating was performing flawlessly. The repaired perforation wasn’t even visible and modified hammer testing indicated the coating was well-adhered.

I can tell you, that if this work were to be done today, it would have been a much different story. If we had a third-party inspector onsite, they would have stopped the job countless times, and certainly not approved the final work.

Which is the problem.

The Current Trend Towards Blind Adherence to Specifications

It seems that there’s an increasingly blind adherence to specifications and standards, with a proportionate diminishing awareness and deference to common sense. (Learn more about specifications in the article Coatings Specifications, Good, Bad or Ugly.)

A recent case in point: We were providing ongoing consulting and third party inspection services on a large water tank, which had experienced a massive coating failure a few months prior.

We had specified a white-metal blast (NACE 1, SSPC 5) with a 3-5 mil profile. Our inspector called me up and sent some photos. There was a small amount of isolated staining on the tank wall, roughly 10 square feet over an area of around 500 square feet. A white metal blast doesn’t allow for any staining, but a near-white metal blast allows for up to 5%. I contacted the owner’s engineer (who is a NACE 2), the coating manufacturer and the contractor, and we all agreed to the variance. Problem solved in under a half hour.

Some of you reading this will take serious offense to the variance because it is technically not complaint with the spec. However, I cannot imagine anyone making a serious technical argument that the variance would make any practical difference to the long-term performance of the coating system.

On the other hand, last summer I received a call from a terribly frustrated inspector who was working on a large bridge. The contractor accidentally exceeded the blast profile, which was supposed to be 3 – 5 mils, and instead was 5 – 8 mils.

Things to Consider on Coating Projects

NACE and SSPC are pumping out more and more inspectors into the workforce, trying to meet the demand for inspectors, which is a good thing.

I view any optimal coating project as being based on three-pillars for success: But blind adherence to specifications is never the optimal course of action. Anyone who has worked on large, dynamic projects knows that things rarely go according to plan. And a specification should be precisely followed, until such time as a modification is:

Inspectors rarely have the authority to make these types of decisions, and often are hesitant to make suggestions.

Inspectors, as we all know, are primarily tasked with observation and documentation. But they, the contractor and anyone else involved in the project, should be encouraged to speak their minds, and offer observations and suggestions, for the betterment of the project.

I’m an avid martial artist, and have been for decades. I teach combat martial arts and study violence in all forms. One of my favorite quotes is the informal motto of the Marines, “Improvise, adapt and overcome.” Specifications, standards and guidelines are all designed to take the place of having a senior, experienced technician onsite. After all, these documents are typically written and developed by groups of “grey-hairs.”

To provide optimal solutions for owners and efficiency during operations, we must use technical truths to determine the best course of action at the moment, and not take the easy way out blindly defaulting to the specification as a crutch. 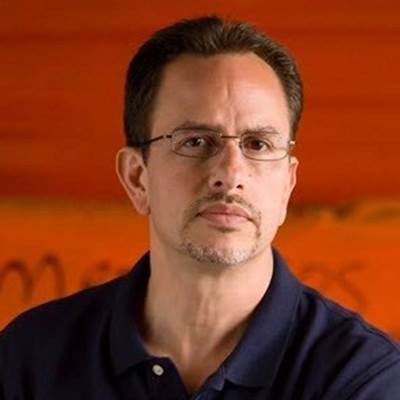