Coring: How to Properly Remove This Damaging Alloy Defect

It is not possible to completely avoid coring. However, an appropriate heat treatment process after casting or alloying can reduce its negative effects.

Casting and alloying of metals are two important manufacturing processes. Casting is performed by pouring molten metal into a mold cavity of some desired shape. The solidified metal part is known as a casting. Alloying is done by mixing two or more metals in a molten state in a predefined combination. The resulting component upon solidification is known as an alloy and has properties that are different from the parent materials.

Common to both processes is the pouring of molten materials and subsequent solidification. The solidification that results in semi-finished or finished products is an important process. Unfortunately, during this process many defects can occur. To prevent the defects, we first need to understand solidification.

Solidification of Metals and Alloys

Solidification is the process of cooling the molten liquid to a solid state. The steps involved in solidification are nucleation, crystallization and grain growth.

Nucleation is the first step, where a phase change (i.e., a change from a liquid to a solid) starts to occur. Then, crystallization happens at the nucleation sites. (Learn about crystallization in The Crystalline Structure of Metals.) During crystallization a boundary that separates liquid and solid is formed. This happens under the influence of a temperature gradient and is a result of atomic movement (or diffusion). As solidification occurs crystallites begin to grow. Each crystal thus formed is called a grain, and the areas between the abutting grains are known as grain boundaries.

This process happens over a range of temperature. The resulting grain structure affects the overall strength and mechanical properties of the final product.

In the case of non-equilibrium cooling that occurs during alloying or casting, the rate of cooling is too fast. Consequently, there is insufficient time for a long-range diffusion of atoms during crystallization. As a result, there will be heterogeneities in the growing crystals. In other words, the cores of the grains that formed first have a composition different from those that formed last. The center of the grain where crystallization is initiated will have components with high melting points. The region near the grain boundary will have components with a low melting point. The in-between regions have components with an intermediate meting point.

This spatial inhomogeneity or micro-segregation of components resulting from fast (non-equilibrium) cooling is known as coring in alloys. The coring results in an inhomogeneous alloy. Coring is predominant in alloys that have a significant difference between liquidus and solidus lines. (The solidus and liquidus information can be obtained from a phase diagram of an alloy). Below this temperature the alloy is completely solid. Above this temperature liquefaction starts. Solidification starts when the temperature is below the solidus line.

The phenomenon of coring reveals how the cooling rate affects the microstructure and thus, the properties of the substance. This phenomenon is not only limited to casting or alloying processes but can happen in any process that involves solidification. For example, in minerals the same phenomenon is known as zoning. In geology, coring is sometimes observed in rocks, which is used to obtain the thermal history of the rock by analyzing the microstructure of the minerals. (Like learning about the properties of materials? Read How to Get Started in a Career as a Materials Scientist.)

Why Coring is Undesirable

Alloying is done to make materials with tailored mechanical properties. However, the inhomogeneity in the material's structure results in inferior properties of the resulting component. In a grain structure, the region where solidification happens first will be rich in high melting elements. The concentration of low-melting elements will increase from the center to the boundary of the grain as shown in Figure 1 (left). Hence the defect is named coring. As a result of this segregation there will be a spatial concentration gradient within a grain. This will considerably affect the properties and strength of the substance, leading to poor performance under load. Further, reheating material with a cored structure will result in loss of mechanical integrity because the grain boundary contains the low melting point elements that will melt first upon reheating. 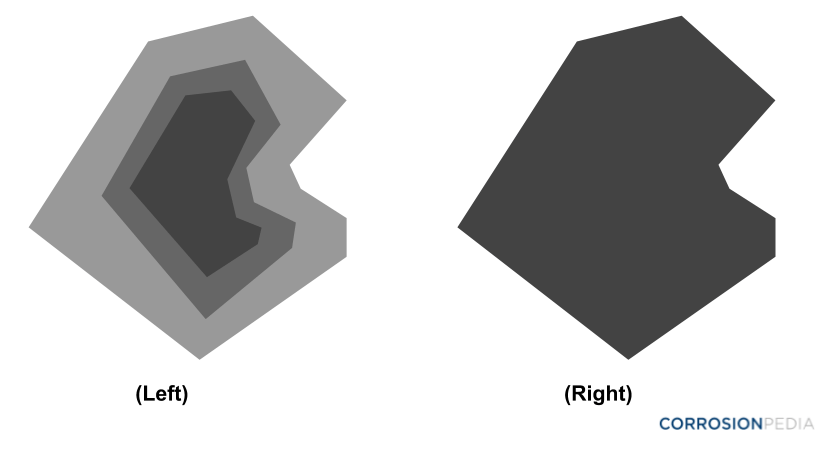 How to Prevent Coring

In a real world scenario, the type of cooling will not always be always in equilibrium. This will result in coring. However, certain process known as homogenization and diffusion annealing can be performed after alloying or casting to prevent or reduce the effects of coring (Figure 1, right).

Annealing is a heat treatment process that involves heating the material and maintaining it at that temperature for a certain time, followed by cooling.

In homogenization annealing, the casted or alloyed material is heated to high temperatures so as to promote the diffusion of atoms. As a result, atoms will diffuse from a high concentration to a low concentration; hence it is also known as diffusion annealing. The homogenized heating should be performed for a sufficient time to achieve a uniform composition. Homogenization annealing is carried out at a high temperature, so it may result in coarse microstructures and scales on the surface of the treated substance. Therefore, after the heat treatment the material is quenched, which is the process of rapid cooling the material in water, oil or air to attain certain mechanical properties. (For more information, read How Quenching Improves the Performance of Metals.)

Coring happens as a result of fast cooling during the solidification process, which significantly affects the mechanical properties of the resulting component. It is not possible to completely avoid coring. However, an appropriate heat treatment process after casting or alloying can reduce the negative effects that might occur due to coring. 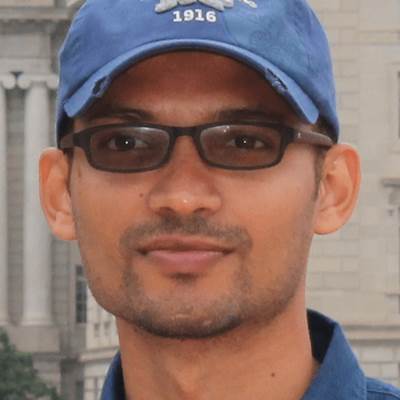 Dileep Koodalil is currently pursuing a Ph.D. in ultrasonic non-destructive testing (NDT). He holds a Master's degree in NDT and Bachelors's in Mechanical Engineering.

The Crystalline Structure of Metals