Paul Vince is an Associate Materials Engineer with WSP, focused primarily on condition assessment and durability within the water industry. He has a Bachelors degree from the University of South Australia and a Masters degree from Monash University in Materials Engineering. His first significant role was with Australian Submarine Corporation as Senior Materials Engineer (2000-2008). In this role, he was responsible for the coating specifications for the Collins Class Submarines for the Australian Navy. He was also responsible for metal loss assessment and repair specification for corrosion to the hull, internal tanks and pipework.

In 2008 Paul was appointed as Principal Materials Engineer at South Australian Water Corporation. He was responsible for condition assessment of a wide range of assets including concrete structures, treatment plants, water storages and pipelines. He particularly worked on concrete repairs and developed a good understanding of concrete deterioration mechanisms and rehabilitation techniques. In 2017 Paul was appointed to his current position as Associate Materials Engineer at WSP.

He has presented many papers at ACA Conferences and Technical Seminars as well as NACE and EFC Conferences. Topics have ranged from coatings for marine vessels to microbiologically influenced corrosion to coatings for pump and sewer applications. In 2012 he was awarded the A C Kennett Award for best paper on non metallic corrosion at the ACA Conference. Paul was Chairman of the Australasian Corrosion Association 2011-2015. 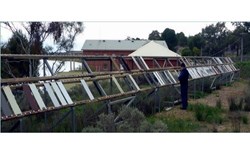 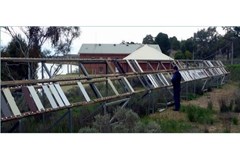 Lessons Learned from 50 Years of Coatings Testing at SA Water


This article provides key findings and lessons learned from test results generated across eight environmental test sites with the aim of...