The history of Rodda Paint actually began in 1930 at Rasmussen Paint Company in Portland, Oregon. It was at Russmussen Paint that Art Rodda and Morey Braden first met. Art was the Superintendent and Morey in the factory. In 1931 Rasmussen Paint combined with two other companies to become General Paint Co. In 1932, Art Rodda left General Paint to join Chet Peterson and began Peterson/Rodda Paint Co. Morey joined them in the venture. In 1934 Chet Peterson sold his stake of the company to Art Rodda. It was then the company became known as Rodda Paint Company exclusively.The war economy created many opportunities for Rodda Paint, providing the environment to experience what would be the first of many expansions with the purchase of both Fisher Paint and CDM Paint. 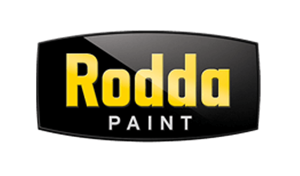