Gazprom Neft is a vertically integrated oil company primarily engaged in oil and gas exploration and production, refining, and the production and sale of petroleum products. The Company’s proven hydrocarbon reserves to SPE (PRMS) standards amount to 1.44 billion tonnes of oil equivalent (toe), making Gazprom Neft one of the 20 largest oil companies in the world. Gazprom Neft Group consists of more than 70 production, refining and sales subsidiaries in Russia, neighbouring countries and further afield. The Company refines approximately 80% of all the oil it produces, one of the highest ratios of all Russian companies in the sector. Gazprom Neft is the third-largest oil company in Russia by refining volume and fourth largest in terms of production. Gazprom Neft operates in Russia’s major oil and gas regions: in the Khanty-Mansi and Yamalo-Nenets Autonomous Districts and in the Tomsk, Omsk and Orenburg regions. The Company’s major refining facilities are in the Omsk, Moscow and Yaroslavl regions, and also in Serbia. Additionally it has production projects outside Russia — in Iraq, Venezuela and other countries. 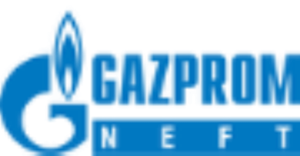