30-Year Development of a Cavitation-Resistant Elastomer

We review the testing and development of a next-generation coating for cavitation protection: a high-performance polyurethane.

For more than 30 years, my organization experimented widely with epoxies and polyurethanes to improve protection against cavitation damage. (To learn more about cavitation, see The Science of Cavitation: Diagnosis & Resistance Methods.) Throughout this process, cavitation resistance benchmarking was evaluated through four methods:

This is a relatively simple laboratory test that simulates cavitation through ultrasonic means. It can raise the temperature of the water significantly in a localized area, and thus additional cooling is often needed. Its primary advantage is that it allows for the quick benchmarking of different materials.

This test uses a cylinder subjected to a jet of water, which—on parting from the surface—creates two cavitation areas, and thus allows for the testing of cylindrical samples. The adhesion test capability is limited with water jet testing because the coating is continuous. A cavitation tunnel is a continuous loop that can be used either to optimize flow modeling and geometry design (at the Emerson Tunnel in the UK), or for material testing at the Applied Research Laboratory (ARL) Tunnel at Pennsylvania State University. The latter test site has a reduced diameter test section, which allows for velocities of 60 m/s to be used and the creation of high-intensity cavitation. There are many other tunnels that simulate similar conditions, but the ARL Tunnel is perhaps the most widely known independent tunnel.

This is the most realistic test scenario as it also aims to meet operator needs. However it is limited in that operators are not always aware of the actual conditions of their equipment. For this reason, field testing is most successful when benchmarking different materials with identical operating conditions and durations. (For more on coating testing, read 4 Types of Tests that Measure the Strength of a Coating.)

Figures 3 and 4 show the effects after 24 hours of cavitation tunnel testing using a Cr-Ni alloy as a benchmark, which was taken to 472 hours.1

Using rubber and urethane modifiers to make the epoxies more flexible showed promise in improving cavitation resistance. In the same benchmarking test, the flexibilized epoxy showed no wear after 500 hours.1

Field tests of this material showed adhesion problems with immersion performance and thus it was withdrawn from further testing. One of the problems of cavitation tunnel testing is that it does not always offer the duration to simulate the effects of immersion, which is why field tests are essential.

These observations helped in identifying two key properties to establish from a design perspective: adhesion and temperature resistance. Thus, further testing was approached in two ways:

A resulting performance elastomer was developed based on extensive laboratory and field testing. Independent testing of this elastomer has confirmed:

Next in the Series

The elastomer technology described above has been applied and in service for many years. Several case studies illustrating how this cavitation-resistant elastomer is faring in service are presented in the article Case Studies of a Novel Elastomer for Cavitation Resistance. 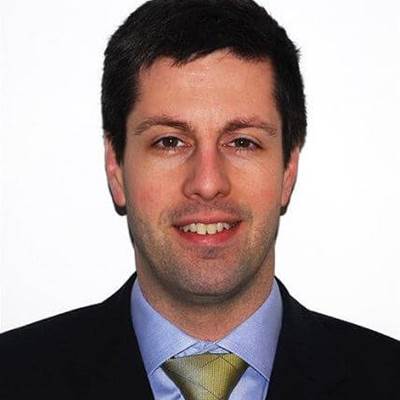 Gavin Bowers started his professional career in ship maintenance, repair and conversion, where the effects of erosion and corrosion are severe and require managed attention to prevent premature failure. In 1999, he joined Belzona Polymerics in their technical department, becoming involved in product development, technical support, and fault analysis/rectification.

Bowers has also developed validated training courses that lead the field in defining new standards of competence for those in the coating and composite repair industries. A Chartered Engineer and NACE Coating Inspector, CIP Level 3, Bowers is currently the Operations Manager at Belzona Polymerics, overseeing coatings manufacture, dispatch and facilities management.

The Corrosion of Polymeric Materials