In the realm of high-pressure bolting, it is important to understand the dynamics and behavior of fastener systems under load, and how thread engagement is dangerously compromised by nut oversizing.

As discussed in a previous article, overtapping (also called oversizing) is a common field practice that is nonetheless banned by almost all of the standards governing coatings of fastener systems in high-pressure and/or high-temperature service.

Oversizing removes between 10 and 30 mils of steel from the uncoated surface of the nut threads to make room for the added thickness of corrosion coating on the bolt threads. The practice continues because there are few coating or plating solutions that offer more than 5,000 salt spray hours (5 yrs.) of performance before corrosion sets in.

First, we need to understand that there is a major difference between structural bolting, which works with shear stress on the shaft of the bolt, and pressure bolting—which works with tensile stress on the nut/bolt threads. (Be sure to read The Effects of Corrosion on the Shear Behavior of Materials to learn how corrosion enters into the equation.)

According to Bickford, a leading authority on bolt design and behavior, it is important to know the difference between tensile and shear joints because “they differ in the way they respond to load, the ways in which they fail, and the ways in which they are assembled, etc. In general, the tensile joint is the more complex of the two”.1

In pressure bolting, tensile load forces are applied roughly parallel to the axis of the bolt.

In structural bolting, shear load forces are essentially perpendicular to the bolt axis.

Among coatings applicators, there remains some misunderstanding of standards designed for structural bolts (ASTM A 325 and ASTM A 563) which, to some extent, allow nut oversizing as long as the system is able to pass the Proof Load Test.2,3

However, in the standards governing pressure bolting systems such as ASTM A-194 and ASTM A-195, oversizing is not permitted.4,5

In 2014, I interviewed 26 fastener distributors about the practice of oversizing and learned that:

In all cases, this means that the modified nuts do not comply with ASTM A194 and ASME B1.1, and that they are being installed in the field without ever being subjected to the load-qualifying tests.5,6

Let’s look at bolt dynamics to understand bolt design and how it is compromised when steel is removed from either the nut or the bolt. The following chart (Figure 3) shows the distribution of load along the entire length of a single bolt shaft. The nut depends on engagement of the first two threads to hold 57% of the load. If the first thread fails, the rest follow in a domino effect. The stress picture in pressure bolting is not an attractive one since most of the load is on that first thread. Figure 3. The fall of tensile stress is curved, not linear. Bickford.

The first illustration below depicts full engagement of the threads, as designed, where the force is transmitted through the nut to the bolt. The next drawing shows an overtapped nut where the force is concentrated on the peaks of the threads. When the whole thread pitch is not used, the force is concentrated on a plastic deformation that occurs in the valleys. This will start a chain reaction of thread engagement failures. Therefore, the joint will lose load through relaxation of the threads and begin to creep and leak both pressure and containment. Failure occurs in the threads at the fastener’s weakest point, made weaker by oversizing. The amount of tension we can create in a bolt not only depends on the strength of its body but on the shear strength of its threads. Thread pitch engagement needs to be close to 100% or great enough to allow us to develop the full ultimate strength of the bolt. (Learn about strength in the article 6 Tests to Measure a Material's Strength.)

One of the offsets that occur in the field is creep. Creep is the outcome of tensile strength loss from a consistent load, or multiple high/low loads over time.

A gasket joint is sealed by applying load to the fasteners. Not having a full thread engagement is a failure in the making. The threads have concentrated stress and plastic deformation will occur. The resulting deformation will release the load needed to maintain the seal of the joint. This is a common occurrence in the field associated with oversized nuts. If the bolt is undersized or the nut is oversized, substantial plastic deformation can occur. Relaxation can be substantial in gasket joints and can be as high as 80–100% loss of designed tension.1

The following schematic is a simplified view of stress distribution in a loaded pressure joint. There are two danger points where stresses concentrate:

Thread stripping is an unseen and insidious type of failure. It can occur without warning, even while visual inspection shows the assembly to be satisfactory. The erroneous use of structural bolt standards and oversizing for high pressure or high-temperature service is currently being addressed by the American Petroleum Institute and the U.S. Bureau of Safety and Environmental Enforcement (BSEE). 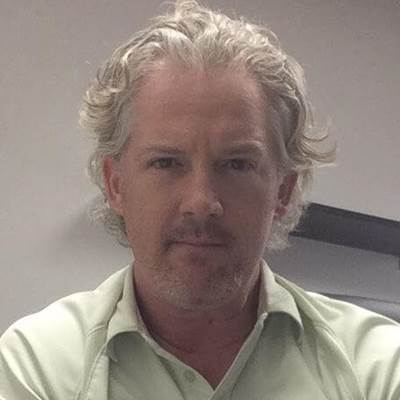 With more than a decade of experience working as a coatings applicator and formulator, MacMoy has seasoned experience in mitigating fastener failure in utility, oil & gas, refining, pipeline, chemical processing, and offshore rig environments. He is well versed in electrochemical processes, hydrogen embrittlement, torque and tensile stress, and chemical, mechanical and metallurgical adhesion.

The Effects of Stress Concentration on Crack Propagation